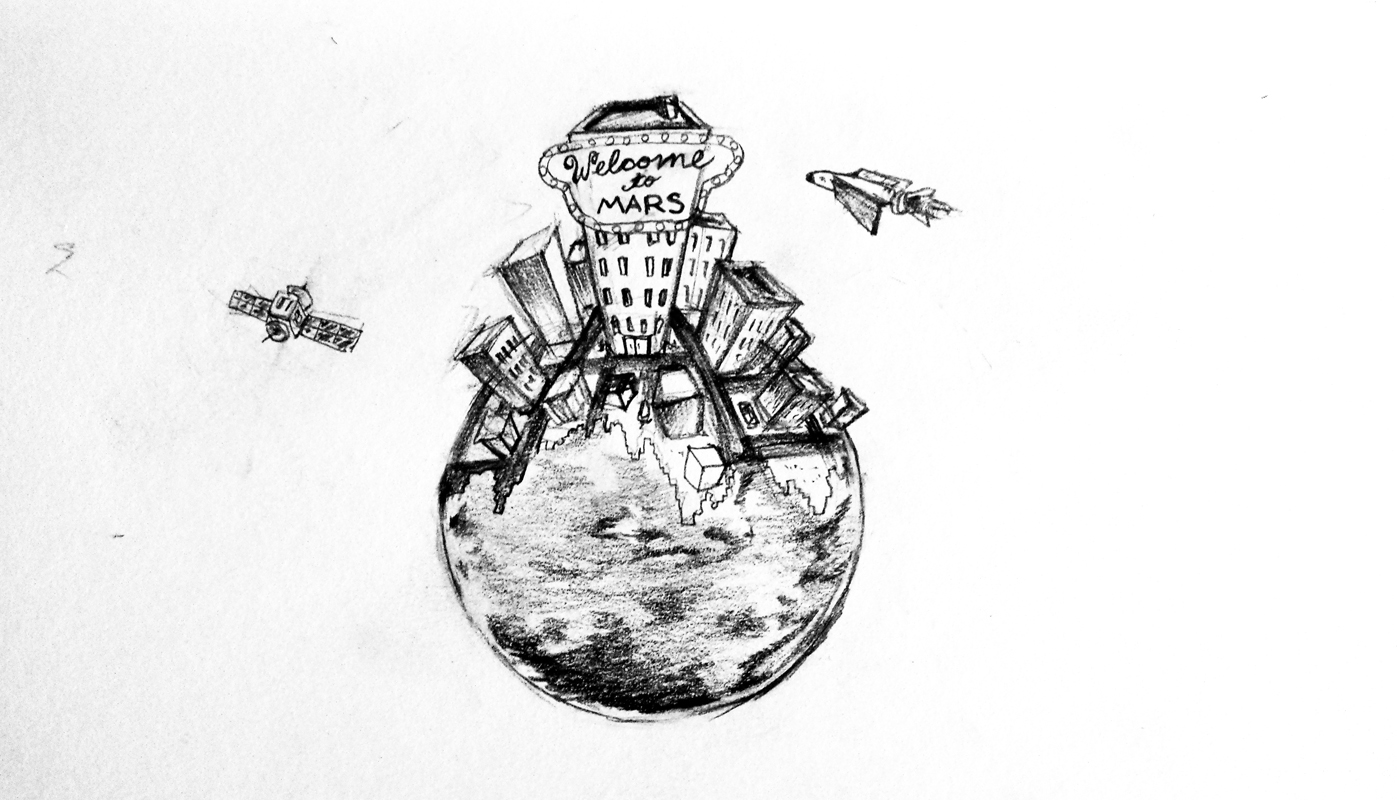 Mars One, a non-profit organization founded in 2011, has pledged to create and populate a settlement on Mars. Mars One will launch crews of four settlers every two years starting in 2024, after a series of unmanned missions starting in 2018 intended to give the astronauts the supplies they need to found the colony. According to its website, Mars One started the search for colonizers in April 2013 and received over 200,000 applications in their first round.

We already know a lot about the Red Planet — there have been four robotic rovers successfully launched to Mars, most recently Curiosity. From this research, we know that Mars — the fourth planet from the sun — has a rocky surface covered mostly in iron oxide (rust) with an atmosphere almost completely made up of carbon dioxide. While these conditions cannot foster human life, or life of any kind, Mars One claims that current technology can support a colony on Mars.

The idea of a human colony on another planet is exciting and could present a major opportunity for the human race. However, it is also a prospect fraught with unknowns. The colonization process will be broadcast as a reality TV show, according to Mars One, raising a host of ethical dilemmas: Does this mission prioritize entertainment value over science and research? What if people die, a very real possibility in a foreign environment so hostile to human life?

While Mars One’s mission could have enormous value and unprecedented impact on the human race, the voyeurism inherent in using the mission as entertainment raises some qualms.

Mars One should be cautious moving forward, and take care that the so-called “Mars One Hundred” — those selected to start the colony on Mars — are prepared for their journey and the many dangers intrinsic to it.