Jump on the boat for U.S. television diversity 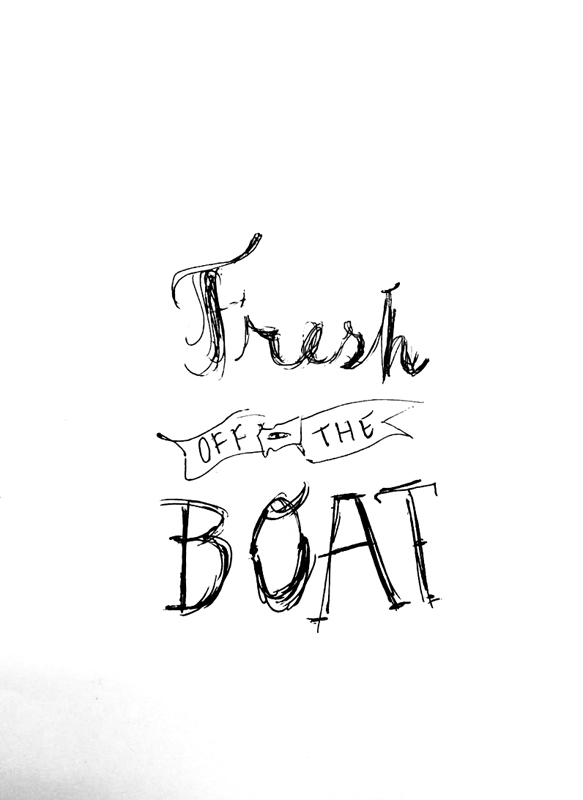 Jump on the boat with U.S. television diversity (credit: Maegha Singh/)
Editorials featured in the Forum section are solely the opinions of their individual authors.

The first time I heard about ABC’s new show Fresh Off the Boat, I cringed.

For years, “fresh off the boat” has been used as a degrading term for Asians who don’t quite fit in with American culture. “Fresh off the boat” was something you would never want to be. When I heard about the new ABC sitcom I thought, “Great, another excuse for people to make Asian jokes.”

But after reading a couple positive reviews and an interview with Constance Wu, who plays the main character’s mother Jessica on Fresh Off the Boat, I relented and watched two episodes. And, to my surprise, the show hit home.

Here’s the thing: You don’t see a lot of Asian-American families portrayed on American television. In fact, the last American television show that focused on an Asian family was comedian Margaret Cho’s All-American Girl, which was received so poorly that it was canceled before I was even born.

Fresh Off the Boat depicts aspects of my childhood, as well as that of many other Asian-Americans, that I’d never seen on television before. Serious scenes scattered throughout are all too familiar: when Eddie Huang, the main character of the show, is excommunicated from a table of cool, white kids because of the way his home-cooked meal looks and smells; the racial slur another kid throws at Eddie in the middle the lunchroom; when Jessica, Eddie’s mother, smiles through her so-called friends’ racist remarks to avoid seeming like a stickler.

Of course, there are also some relatable, comedic scenes, such as Eddie having a difficult time fitting in at school, while his siblings seem to effortlessly rise to the top of their own social ranks or Jessica taking a whole bowl of chips in a supermarket because she misunderstands the concept of free samples.

While these scenes aren’t exactly how my childhood panned out, seeing characters experience something similar to my experience on television is important. In the words of Constance Wu: “To see Asians in leading roles changes what I’m calling the heteronormative status of TV.”

Fresh Off the Boat isn’t perfect. Eddie Huang, whose Fresh Off the Boat: A Memoir inspired the sitcom, has gone on record to criticize the show and how the producers stray from his original story, and even how they water down his life story. Other critics have called Jessica’s accent and jokes stereotypical.

But the show reaches out to an important audience of American television that has been ignored for a long time. Accents are part of the reality that people assimilating into American culture must experience. They’re natural consequences of learning another language, and oftentimes an impressive sign that someone is familiar with more than one language.

Of course, not everyone’s stories are the same, but being able to empathize with a character onscreen who isn’t white and has shared even remotely similar experiences makes a difference.

For the first time in years, Asian-American minorities have been given a major voice on television. Fresh Off the Boat is an important step in allowing unique, non-white voices and stories to be heard.