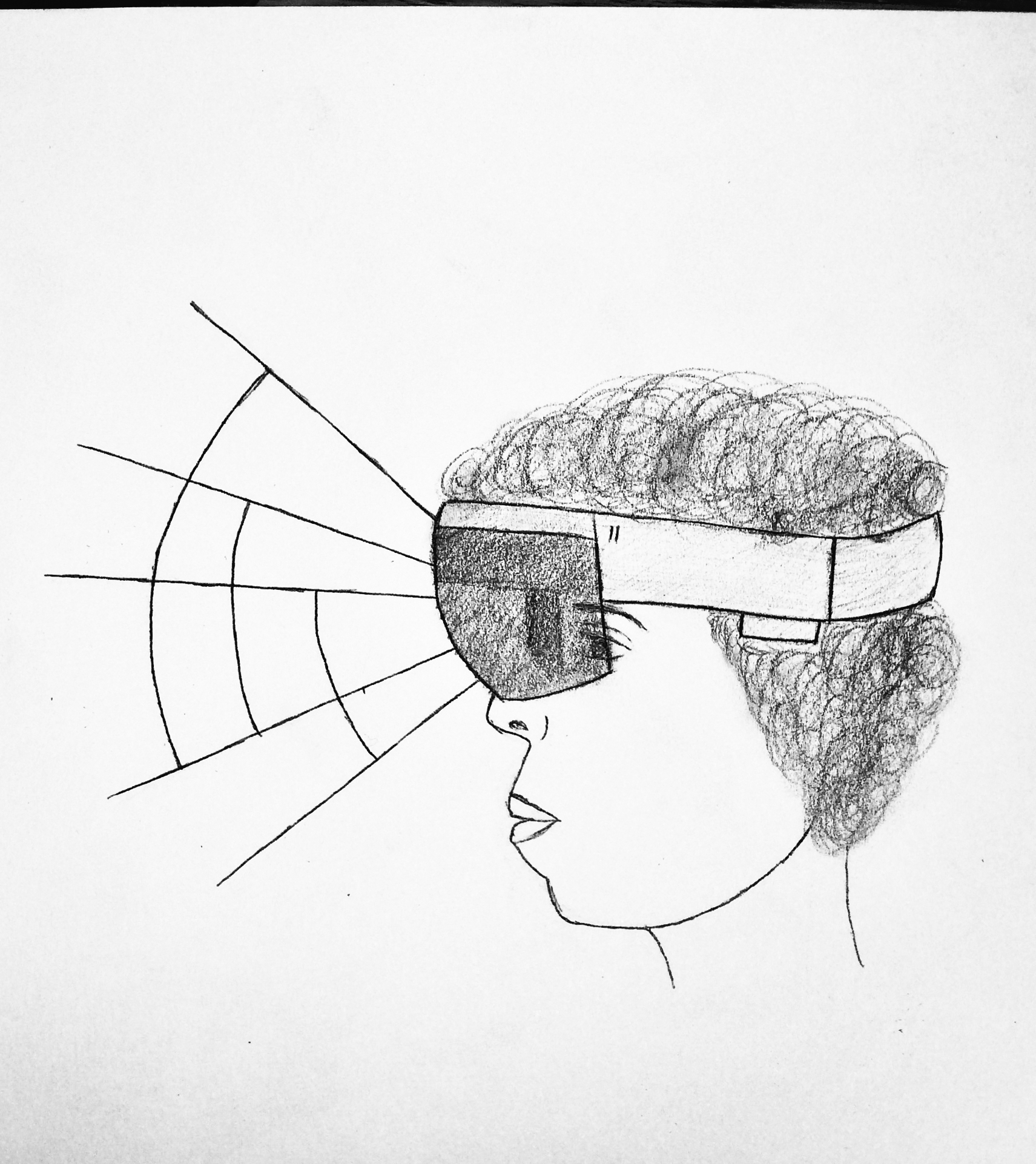 With all of the hullabaloo surrounding the recent Microsoft news releases, it’s no surprise that the newly announced Microsoft HoloLens has rocketed to the top of headlines this past week. Windows 10 is one thing; a major company stepping into the world of augmented reality (AR) is another.
Other companies are working on virtual reality (VR) — Oculus being the most notable example — but it’s Microsoft that seems to be taking the lead in the realm of AR. The now-discontinued Google Glass was barely a heads-up display (HUD); the HoloLens, Microsoft is promising, will be able to do much more.

Most people are probably familiar with the idea of a virtual reality, but AR is a different can of worms entirely. Instead of transporting you to another world, the HoloLens is intended to bring the digital world to the real one. While Google Glass prevented interaction with the outside world, the HoloLens will be a much more intimate merger of the Windows 10 OS and the world right outside of your computer.

VR currently has great potential for the entertainment industry, but it’s AR that truly has the power to change the world as we know it today. Some of the demos that Microsoft showed off included a 3-D model editor, an army of floating, movable screens, and a playable Minecraft world sitting right on your living room table. These are some of the obvious applications: the crowd pleasers, if you will. But the other possibilities are even more exciting.

Take the guided instructions overlay that Microsoft showed off at the conference. When using that, another person can watch your visual feed and sketch in arrows or notes to help you complete a task. This could be incredibly valuable in the medical field, both as a learning tool and as an instrument to help treat patients in isolated communities. This overlay technology will only become more valuable down the line, especially when integrated with services like Google Maps. You won’t need to glance down at the GPS when your route is drawn in bright red on the pavement.

Due to the ubiquity of social media today, it’s only appropriate that we expand our expectations of the future to encompass them as well. Geocaching, an activity where people go hiking or exploring to find objects hidden by people online or in clubs, has already become a popular hobby in today’s urbanized society. Imagine cybercaching — exploring your neighborhood or home to find a digital object or program waiting somewhere for you to find it.

This idea of “tagging” outdoor areas could extend easily to commercial venues as well. Imagine the Yelp of the future, where you can find virtual reviews and ratings hanging outside of the door of your favorite restaurant, or a Facebook feature that lets you leave comments, pictures, or videos at a given location for anyone to see.

Let’s take a moment to also appreciate the entertainment value of AR. We’ve already seen Microsoft bring Minecraft to the real world, but imagine engaging in virtual Pokemon battles with people or friends on the street. You could design an interactive HUD for use in a tabletop game, create an app that lets users appear to “waterbend,” or even play YuGiOh the way it was always meant to be played — with ridiculous, over-the-top holographic monsters.

Given the success of the Oculus, more than one person has speculated that the way of the future seems to be open sourced. If that’s true, then it may be time to start thinking of new ways that you’d like to interact with the world around you. With a technology with as much potential as the HoloLens, it won’t be long before programming reality becomes the next big thing. When it comes to AR, the entire physical world — and the digital one — is at your fingertips.