George Degen continues to shine as student and runner 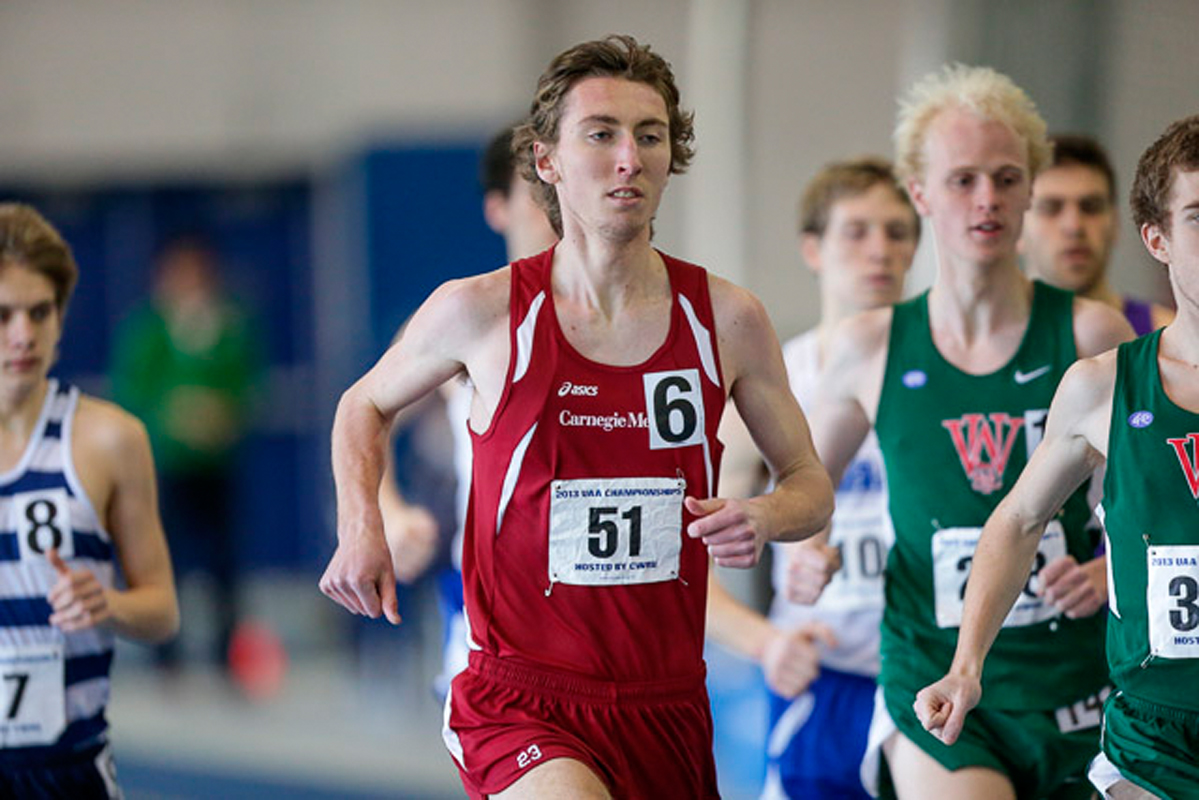 “It’s all about finding something you like and sticking with it,” distance runner George Degen said about balancing the academic rigors of Carnegie Mellon and athletic demands of his running lifestyle as we met in Doherty Hall. The senior chemical engineering major with a computer science minor has successfully balanced them so fluidly that those around him who haven’t quite yet mastered time management can only look on enviously.

The Madison, Wis. native first became interested in sports at young age, adopting soccer as his fall sport from kindergarten to ninth grade in addition to tennis in the spring. After failing to make the soccer team for 10th grade, he quickly found a new home with the cross-country team, where the strong team atmosphere helped him realize his passion for running. “I wasn’t that good in high school,” he readily admitted. “Out of the seven guys good enough to make varsity, I’d always be the eighth.” Nonetheless, he found great satisfaction running with the team and hoped to continue doing so beyond high school.

He considers himself very lucky that Carnegie Mellon had everything that perfectly suited his needs, even if it did so in completely unexpected ways. His initial considerations revolved around a strong engineering program outside his hometown where he could explore beyond the bounds of his prior experiences. Although sports weren’t a factor for him in deciding where to go to college, he found the school atmosphere and athletics program at Carnegie Mellon very favorable for what he wanted to get out of both academics and athletics. His relationship with his fellow teammates is very tight knit. “Living with them is great,” Degen said, “since we have the same schedule.” Obviously, this includes a lot of running time during which they have ample time to talk about anything.

Degen considers his role in the men’s cross-country team’s victory in regionals last year his proudest accomplishment in sports. “It felt great getting that win for Coach Donnatelli,” he said. “Since it was his last year, it felt right that he could go out on top.” Degen credits the coaching staff for being an integral part of keeping the team together. He has praised Gary Aldrich for running the team in the interim with only two other assistant coaches.

Beyond sports, Degen is proud to be able to balance the academic rigors of Carnegie Mellon, including his involvement in research, and his dedication to athletics with the people he considers to be part of a really fun team. “It’s a lot easier to keep up with something when you actually like and have friends that like it too.”

As he looks toward the future, he knows that running will certainly be a part of everything he does. With plans to go to graduate school, he wants to continue running either on a club team or through using his final season of collegiate eligibility. “I’ll keep running until I keel over,” he summed up.