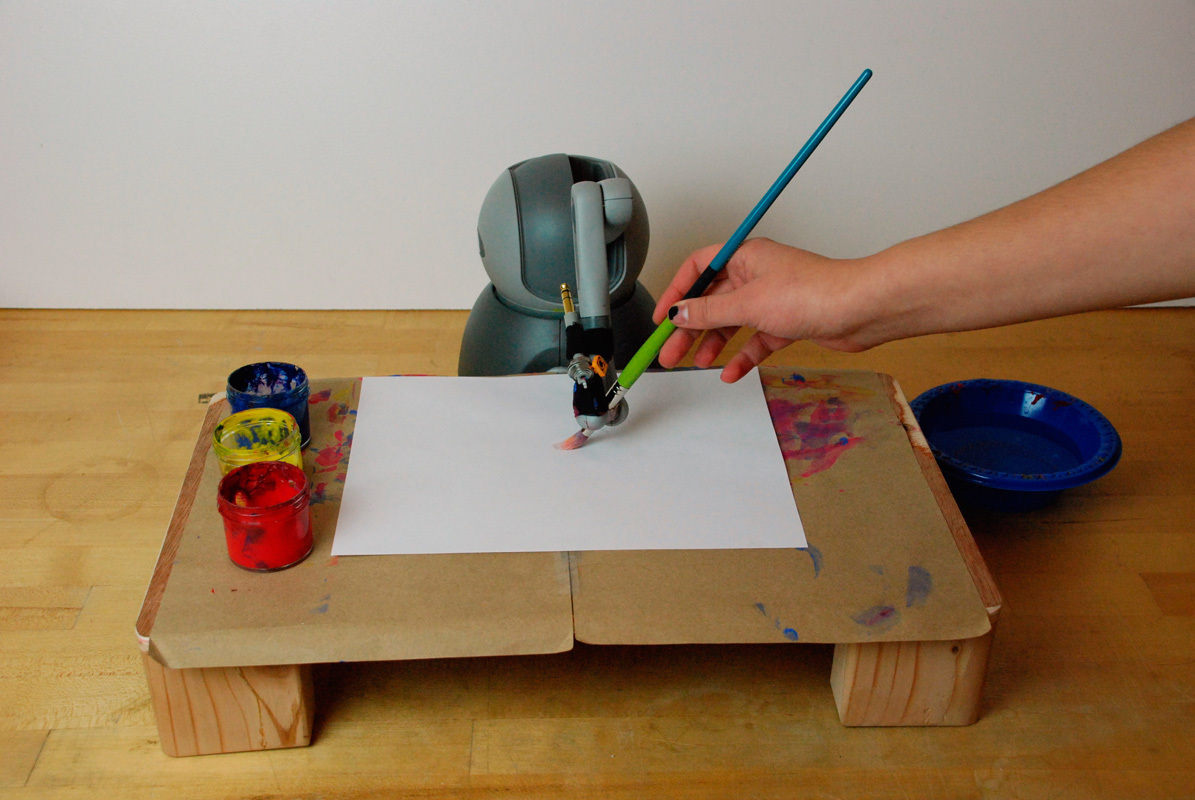 Creativity is not just for human artists any longer. The first annual Robot Art competition is currently being held, and a team of Carnegie Mellon students are working hard to create a robot with artistic abilities. This international competition, created and sponsored by Andrew Conru, an entrepreneur who founded FriendFinder Networks Inc., has cash prizes of up to $100,000 for the winning team’s institution. But more than that, it is a call for collaboration.

Through the combined efforts of the participants, Conru hopes that the contest will breed a collaboration between roboticists which will lead to advancements in the artistic capacity of robots. Going further, the Robot Art initiative could perhaps create the opportunity for technology to gain a semblance of humanity. “I want to support education and humanize technology,” Conru said in a press release from Robot Art’s website. “If robots can communicate through artwork that provokes humans to think, feel, and do,” Conru believes that there might be a shift in the public perceptions of robots and artificial intelligence.

The Carnegie Mellon contenders are a team of four: Kim Baraka, a robotics masters student, and Su Baykal, a senior in human-computer interaction and a science and humanities scholar, as well as Yeliz Karadayi and Robert Zacharias, architecture masters students. All four are students of Robotics Institute faculty member Illah Nourbakhsh’s Human-Robot Interaction (HRI) class.

The team first ventured into the world of artistic robotics when they discovered a shared interest in a project connecting robotics and art and naturally began working together within the class. In an interview with The Tartan, Kim Baraka, the group’s leader, said “the course project we came up with involved a study whose aim was to get an understanding of how humans could co-operate with a robot on an artistic task. The [Robot Art] competition was the perfect incentive.”

After much deliberation, the team developed a haptic feedback system — a touch-sensitive system. The goal of this project was to build a system where both a human and the robot could collaborate using only force feedback. “We thought that was a novel method of collaboration that contrasted with existing computational creativity interfaces,” Baraka said.

When asked about the idea of humanizing technology, Baraka said that it was “a noble cause — difficult to do.”

Much of the human-robot creative interaction that currently goes on is between the human artist and the robotic medium — such as Adobe’s Photoshop or InDesign, for instance. The human makes all of the choices and does all of the thinking within the constraints of the interface.

The interface itself has only one role in the creative process: to realize the human artist’s vision.

Baraka and his team tackled the idea of humanizing their device when it came time to test its collaborative abilities. “We tried to evaluate differences between people who were told that they were collaborating with a computer program controlling the robot and people who were deceived into thinking there was a human controlling the robot in another room.... people had very different perceptions of the experience.”

The idea of perception seems to be integral to the future of more human-like robotics. While there may always be a difference between the organic human and the engineered, what can turn a tool into a collaborator is the perception of agency. If people believe that a robot is working under its own power and making its own decisions, based on some perceived artistic criteria, perhaps the person might view the robot as having a valid aesthetic and being capable of creating something meaningful.

This goes back to one of the ideas behind artificial intelligence, that in order for something to be intelligent, it should have the ability to create and invent. In terms of speech, this might mean being able to hold its own in a conversation; in terms of art, this might mean painting a piece that makes people stop and think.

“It’s like teaching a walking robot to dance,” Conru said in an interview with The Tartan.

It’s an exercise in human-robot interactions, in thinking about a robot as not just a tool or a medium, but as something that can inspire and possibly evoke emotion in humans. The Robot Art 2016 initiative has two branches: telerobotics and fully automated robot interfaces.

Telerobots are systems with which a person may interact in order to, say, paint. Fully automated systems function by themselves. There is great potential in both kinds. Telerobotics have the potential to assist the elderly or sick individuals with certain tasks, and the idea of full automation is very appealing to the idea of robots as agents.

Ultimately, the Robot Art 2016 competition is proving to be an exciting opportunity to unite great minds for a great purpose.