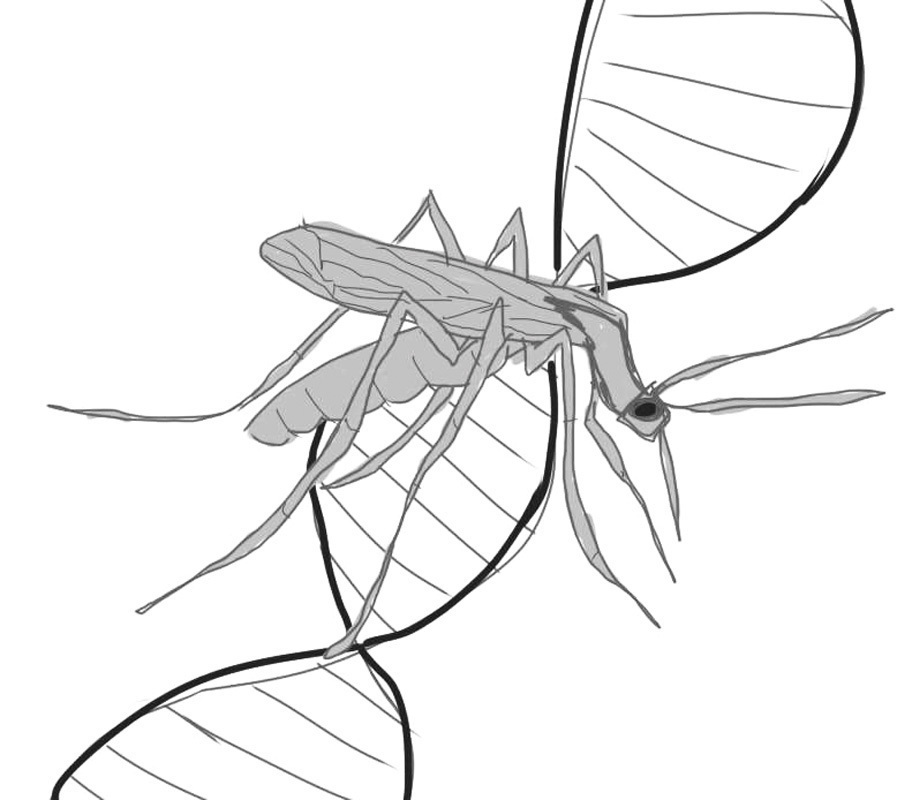 Last Thursday, Pugwash discussed “gene drives,” processes that modify the DNA of not just the specific organism targeted, but also all future generations, often with close to 100 percent success rate. The first successful instance was changing the color of fruit flies from brown to blonde. Although this may not seem particularly important, it could pave the way to changing genes that allow mosquitoes to carry malaria or West Nile Virus, among others.

Gene drives aren’t just limited to insects, though. Changing genes permanently, for an organism and all its offspring, is something that could be done to any creature, theoretically, using a similar method. Plants that produce their own pesticides or animals that become poisonous to invasive species could be released into the wild, where the changed genes would quickly propagate throughout natural populations.

The idea is that this population-wide modification could solve population-wide problems. However, this comes with a danger: Is changing an entire population’s genetics a good thing? Can we predict the outcomes well enough to know that we won’t be introducing something even worse than what we already have? Gene drive is easy to spread, but on the flip side, it’s hard to combat if something goes awry.

Gene drives are powerful because they are permanent, and that’s the double-edged sword. Modifying genetics is so complex that there will almost always be complications. Also, there are concerns that unwanted mutations could hitch a ride with the gene drive, making their chances at inheritance close to perfect as well. Before implementing gene drives in the wild, we have to weigh the risks of the unknown outcomes against the known risks of malaria, or whatever else the gene drive is supposed to be combating.

Currently, all organisms modified this way are kept tightly under lock and key, but as far as Pugwash could tell, that’s solely out of the diligence of the researchers. Perhaps there should be some more detailed government oversight, but as with all new technologies, the government usually has trouble keeping up. The lack of regulations and protections does raise some concerns of bio-terrorism via gene drives, but most experts seem to think that there are cheaper, easier, and flashier ways of committing terrorism.

One kind of drive has been proposed that would reverse a previous one. Although unlikely, this has the potential to support the modification of populations’ genes preemptively to stop another modification, or the reversal and re-doing of gene drives, by competing factions.

Finally, one of the major things to consider about gene drives is the possibility of using them on humans. Would it be ethical to send a gene drive through the human population that made people less susceptible to cancer or other diseases with genetic causes? The effects of the gene drive would last for generations, and it would be impossible to receive informed consent from every individual affected, but the potential for eliminating certain diseases is a powerful draw.

And gene drives wouldn’t only have the potential to cure cancer. They could be used for cosmetic improvements, such as skin color or eye color, or any other genetically determined factors.

One Pugwash member was adamant that these sorts of gene drives should not be available, as they would only increase the distance between the haves and have nots. Those with enough money would buy the better genetic modifications, which would carry down through any children they had, moving that family up the ladder in terms of privileges. Whereas those who can’t afford the improvements — and the future generations of their families — would be stuck with the less-desirable genetic traits.

However, there was some push-back against this. If it’s an available technology, and someone wants to pay for it, shouldn’t they be allowed to? Aren’t gene drives just one more technology in a long history of ways the privileged hold on to their power and the poor merely scrape by? But just because that’s the way it’s always been doesn’t mean it should be the way it always is.

Student Pugwash is a non-advocacy, educational organization that discusses the implications of science. This article is a summary of last week’s discussion on gene drives.