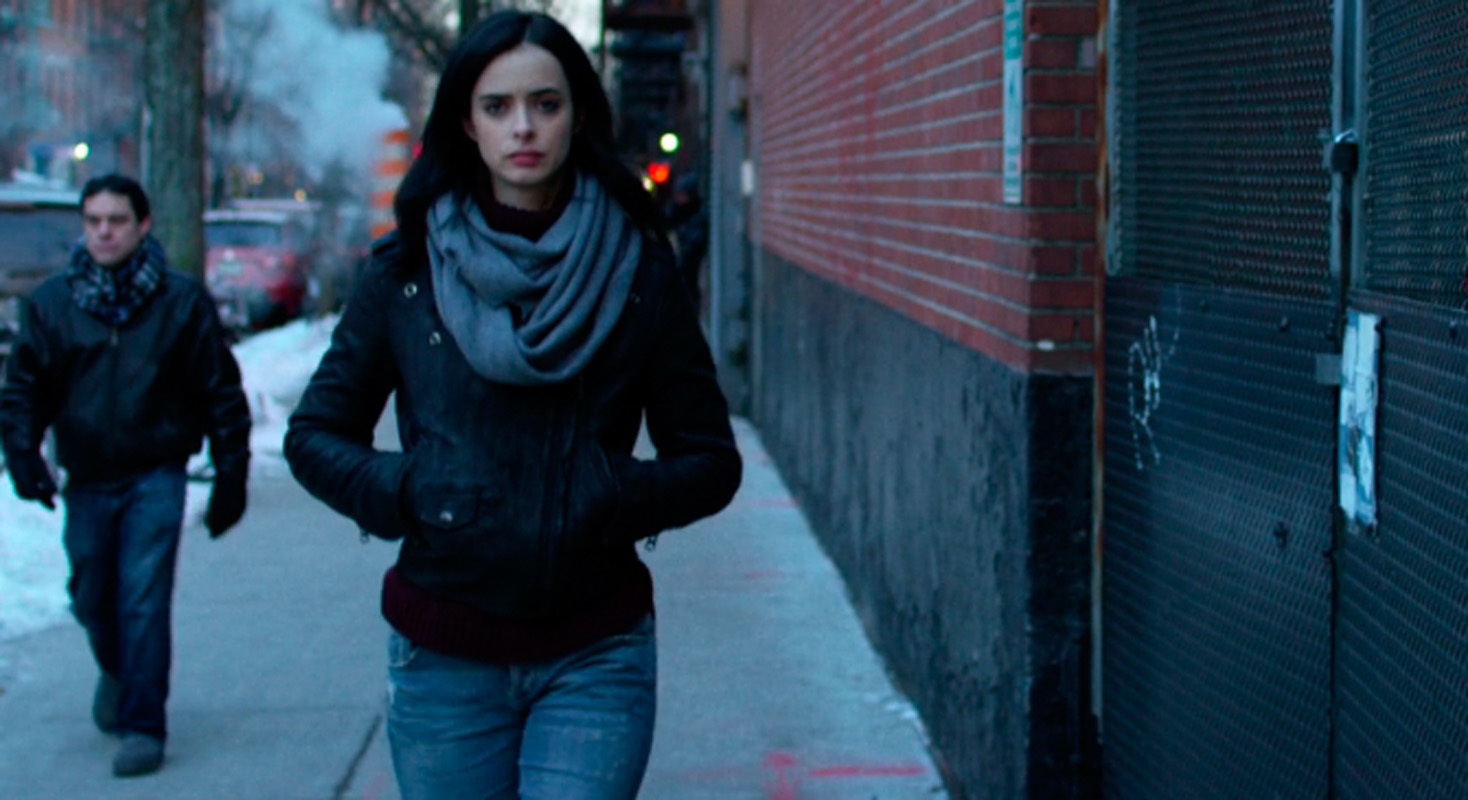 Krysten Ritter plays the titular role of Jessica Jones, a superhuman P.I. with a dark past. (credit: Courtesy of Netflix)

On Friday, Netflix’s new series, Marvel’s Jessica Jones, was made available for streaming. This series is a gritty noir that will surely please fans of its sibling series Daredevil. The show places a premium on interesting character and solid performances to deliver a product that will appeal to a wide audience, not simply Marvel comic book nerds.

Played by Don’t Trust the B in Apartment 23 star Krysten Ritter, Jones is a former superhero who now finds herself scraping the muck of New York City’s Hell’s Kitchen neighborhood as a private investigator. While she possesses superhuman strength and the ability to fly, she rarely uses them. She’s your classic noir P.I. with a dirty, dimly lit office, a sardonic wit and a penchant for eye-rolling and drinking too much booze. When two crying parents arrive from the Midwest and task Jessica with finding their missing daughter, the case reveals a frightening truth: Jones’s old enemy Kilgrave, played by David Tennant (Doctor Who) is behind it. The psychopath has the ability to control people’s thoughts and actions when they simply look at him. Kilgrave and Jones had a horribly abusive relationship in the past that Jones ended by breaking free and attempting to kill Kilgrave, whom she left for dead. Jessica still suffers from PTSD because of it, and the show’s sturdy emotional core is its exploration of Jessica’s damaged consciousness.

The world of Marvel’s Jessica Jones is a perpetually dark one, in which everyone is hurting and fighting to make a living. Creator and show-runner Melissa Rosenberg, who previously worked on the The O.C. and Dexter and wrote the Twilight film series, avoids the trappings of the comic book genre and delivers a show that values character more than action. Jessica is a character that is driven by both an arresting fear of her past and the determination to return to it and vanquish her demons once and for all. Ritter is given plenty of inner turmoil to sink her teeth into, and her performance walks the line between damaged heroine and hard-boiled detective.

Supporting characters are as equally lost, with Carrie Anne Moss (The Matrix) as an ice-cold, high-powered attorney who occasionally retains Jessica’s services when she’s not cheating on her wife and Mike Colter as lonely bartender Luke Cage who catches Jessica’s eye. The structure employs a traditional procedural format — Jessica as a private eye is given a “case of the week” that pushes the story along — as a vehicle to explore the rich story world.

The show borrows a lot from its sibling series Daredevil, from the gritty noir feel and New York City Hell’s Kitchen neighborhood to raising the super hero genre a cut above the rest by giving the characters rounded dimensions and interesting pasts. Fans of the hero will not be disappointed, and fans of good television will find a lot to appreciate as well. Grab some of that leftover turkey this Thanksgiving and have a good marathon of Marvel’s Jessica Jones while avoiding having to answer what your plans are after graduation for the fifth time.

Marvel’s Jessica Jones is available now in its entirety on the Netflix streaming platform.