Lord of the Flies performance ambitious 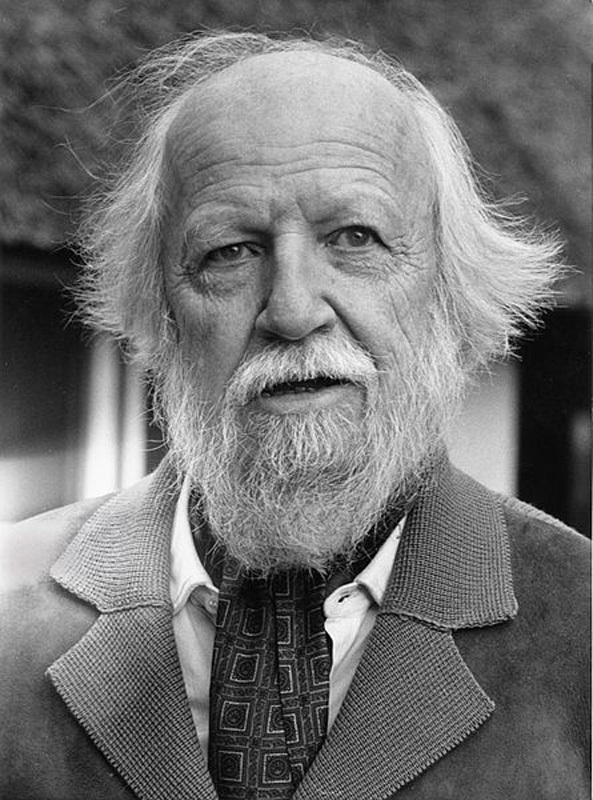 William Golding changed the landscape of American literature with his disturbing novel *Lord of the Flies*, which examines the ‘terrible disease of being human.’ (credit: Courtesy of Wikimedia Commons)

Lord of the Flies, a stage adaptation of William Golding’s original 1954 namesake classic, finds itself in a unique position. On one side, it has the magnificent material of the original to stand on the shoulders of. The bleakly poetic and exposition-heavy source material lends itself exceptionally well to the stage. On the other hand, it has to deal with the weight of expectation that comes with adapting such a well-worn and widely read classic.

The adaptation presents a very close take on the original story through a compelling new lens. Script-wise, the deviations from the original are few and far between. The underlying allegory of the original is well conveyed, as strong as ever. The creative liberties that are taken are in how the story is presented to the audience, through some highly unusual set and sound design.

Creator Niger Williams and director Caden Manson make the argument that the ‘terrible disease of being human’ of which Golding wrote about in 1954 is even more relevant today. In the age of social media and instant headlines, the extreme attention-grabbing tendencies of violence, chaos and power have taken an even greater centre stage in our collective psyche. This strategy of using classic words to make a new argument is decidedly high risk. On an emotional level, the adaptation is a grisly tour de force of rage and destruction — it works completely. The unbridled, visceral energy of the screenplay consumes the cast and washes over all of Philip Chosky Theater.

A screenplay based on Lord of the Flies is a challenge to live up to, and the cast knocks it out of the park. I cannot possibly overstate how amazing the acting is. The characters and their portrayals are downright inspiring. As a viewer, I have never seen actors so deeply immersed in their characters.

Senior acting major Ryan Avalos plays the twins Sam and Eric. One particular scene has him simultaneously playing both of them guarding a fire while an imaginary dangerous beast lurks around them. Essentially having a conversation with himself, he successfully whips Sam and Eric into a frenzy as they flee the beast. He changes his body language, his mannerisms, and his intonations from line to line as he pretends to be two people at once. Senior musical theatre major Amanda Jerry is perfect as Jack — starting out as brash and forward, and slowly degenerating into an out and out savage. Even more amazing is the emotional range she conveys in the scenes that require it. She looks visibly shattered in the story’s central scene — after the murder of Simon, when her character breaks away from Ralph to form a new tribe. Eventually, when she orders her hordes to hunt Ralph down, you can tell how far her character has devolved when she starts looking for ways to rationalize murder. Senior musical theatre major Michael Leadbetter as Ralph is spectacular, starting out as a frivolous boy looking for popularity, and winding up destroyed by the weight of the horrors he has indirectly played a part in. In the story’s final scene, he breaks down and sobs uncontrollably at the feet of the naval officer who finally rescues the group. He carries that final scene completely on his shoulders.

As brilliant as the acting and screenplay might be, they do sometimes fail to conceal the shortcomings that the rest of the production often suffers from. Manson and Williams take some bold risks with the presentation of the script, and it doesn’t always pay off. One brilliant idea that they do execute involves filming the characters as they act out their parts and relaying it live for the audience on the screen. This creates an intriguing ‘found footage’ setting for the proceedings that ties in with their social media theme. However, all of the cameras abruptly disappear for the second half of the performance. In fact, all traces of the social media theme are gone in the second half. Similarly, building the island from Lord Of The Flies is a massive challenge for any set designer, and it shows. Some innovative ideas are applied — mirrors and walls are extensively used to create a sense of space larger than the stage might allow. However, they often lead to confusion as cast members transition from one part of the stage to another. Some scenes, such as a pig carcass that the boys feast upon, are elaborately put together with incredible attention to detail. Others, such as a fire that Ralph runs away from, are pretty much entirely left to the audience’s imagination. I found myself missing out on key story elements because I often misunderstood what a set was supposed to be.

All in all, I found the success of this stage adaptation of Lord of the Flies to be directly proportional to its closeness to the original literature. On an emotional level, this Lord of the Flies is a revelation. Several scenes had me simultaneously leaning in with fascination and recoiling with disgust. I want to complain about the ever-niggling flaws with the adaptation. On a technical level, things don’t always work. A lot of gambles are taken. Some pay off, and some don’t. Even so, I came out of the Philip Chosky Theater intrigued and inspired. Isn’t great work that which makes its audience think? On that count, Lord of the Flies works wonders.