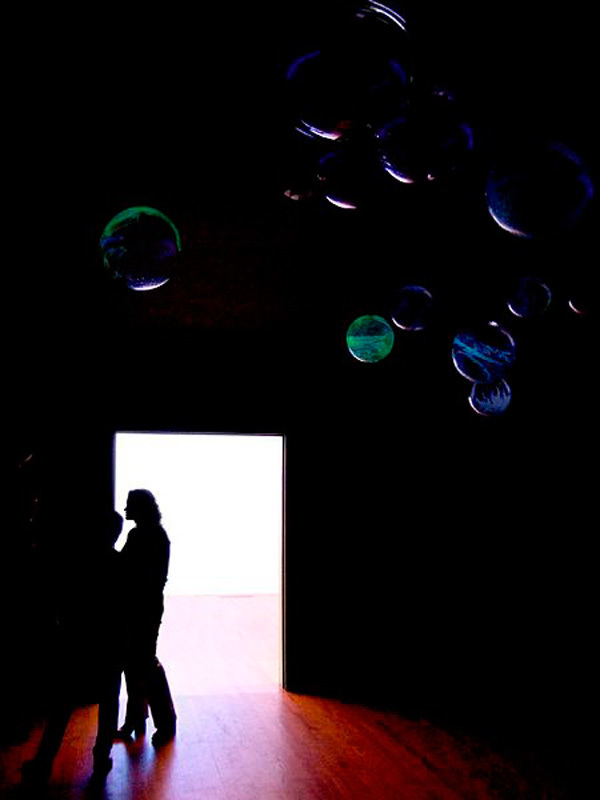 *Glass Spheres*, a piece by Haskell, was featured in an exhibit featuring the Pittsburgh Artist of the Year, which she won in 2006, and was honored by the Pittsburgh Center for the Arts. (credit: Courtesy of Wikimedia Commons)

Jane Haskell was a valued member of the Pittsburgh art community before her passing on May 28, 2013. She was an artist, collector, museum donor, and lover of Modernism. This was reflected in all aspects of Jane’s life from her personal work, to her house, to her and husband Ed Haskell’s vast art collection. Even her home was designed to be a work of modern art. The Carnegie Museum of Art is currently housing Jane Haskell’s Modernism, an exhibit that not only showcases her works, but the works of those she loved and by whom she was inspired.

The first works shown upon entering the exhibit are sketches of the Haskell household done by architect Herbert Seigle. I found it interesting that sketches of the home were included, because it showed that the house that she lived in was a work of art itself. Specially designed for the Haskell family, the architecture of the house featured several geometric shapes and lines that were often reflected in Haskell’s own work. In addition to being itself a work of art, Haskell’s home was also filled with works of art, including some of her own. One of the most notable was a work that utilized rope and straight neon lights to create straight lines and geometric shapes. Haskell seemed to have a particular affection for this piece over her other string and neon compositions, as she had this piece displayed in her foyer. As someone who has very little knowledge of modern art, I found something almost familiar and comforting about this piece. Maybe it was the straight lines that formed familiar shapes or the stark contrast of the neon lights against the white background, but there was something about the simplicity of this piece that made it impossible to look away.

Among other works featured was a series of drawings that illustrate fluorescent works done by Dan Flavin. These drawings feature several straight lines and geometric shapes, a theme that by this point in the exhibit seems very familiar and very integral to Haskell’s art collection. These etchings were my favorite thing in the exhibit not created by Haskell herself. Flavin was able to reproduce the amount of depth found in a three-dimensional light fixture in a two dimensional drawing. As a pioneer in light sculpture, Flavin’s work heavily influenced Haskell. One image of his that particularly stuck out to me featured two different views of the same sculpture giving an overall perspective of how the work would be seen depending on where it was viewed from. I appreciated this not only for its comprehensive view, but for how such simple shapes could make a light show come to life off of a piece of paper.

Another one of Haskell’s pieces that was featured was a work entitled Alphabet II, which depicts several oil-painted letters on a canvas. This work was said to be an homage to Jasper Johns, a postwar artist that layered letters and numbers on his paintings in the late 1950s. This piece explored Haskell’s interest to investigating color. Much of Haskell’s art was more about experimentation with different themes rather than evoking an emotion from the viewer. I found this piece rather difficult to look at because my eyes kept jumping all around the canvas. This was much different that her light installations, which featured such clean lines always directing my focus towards one spot. However, this piece showed how vast Haskell’s artistic interests were, ranging from sculpting to painting and almost having no overlap between the two mediums.

Jane Haskell lived a life full of art. Whether it was her home, her creations, or her collection, she saw the world through rose-colored glasses tinted by the Modernism of the art with which she surrounded herself. I’ve never understood modern art, but her light installations didn’t need to be understood. They weren’t secrets waiting to be unlocked, they were just art at face value. Seeing this collection of works that influenced her made it much easier to understand her art. While all of her art wasn’t the most original work, you could see so much of her love for other artists’ work shine through in them. Haskell made the Pittsburgh art community a little brighter through more than just her art, and without her, Pittsburgh has surely lost a little bit of its light.