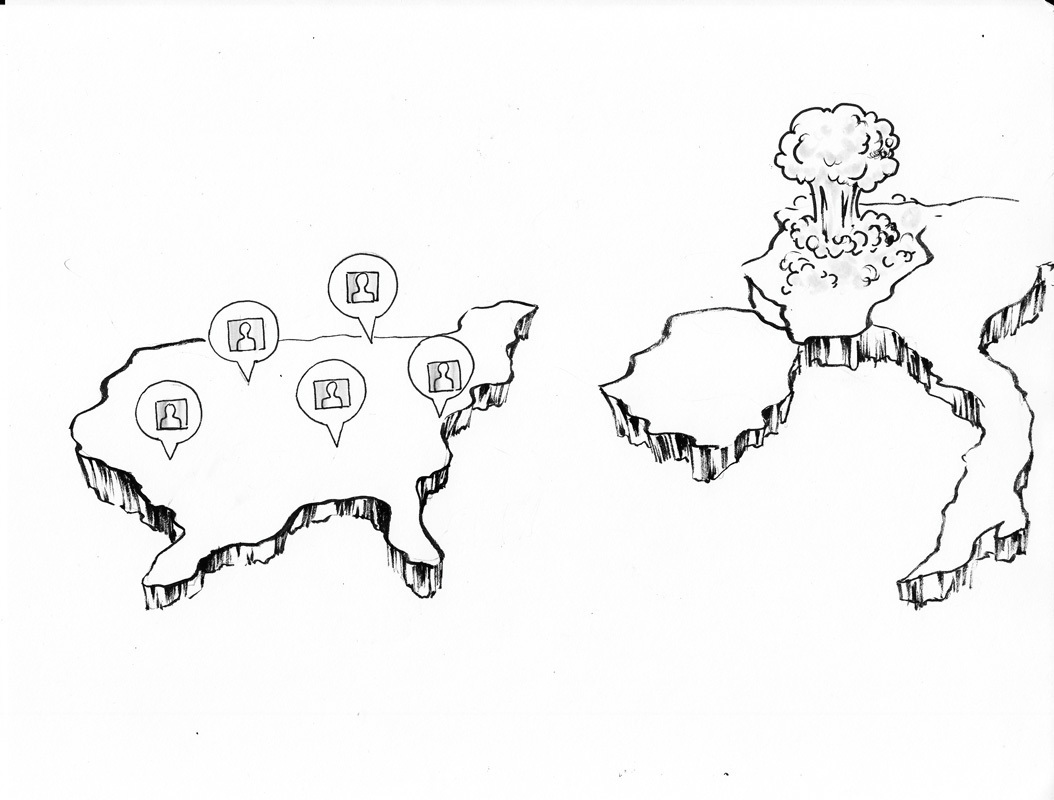 If a profile picture changes colors to promote a cause halfway around the world, does it accomplish anything? Does anyone care? The answer is no.

The tragedy in Paris is the latest example of what The Atlantic calls "a mass impulse to put the 'me' in 'meme.'" Following the ISIS-led attacks on locations across Paris, in which 130 civilians were killed, Facebook users around the world were given the option to add a filter of the French flag to their profile pictures. Presumably millions clicked to show their solidarity for Paris, and solidarity is nice. But the problem is that the support should not stop there. Unfortunately, it most likely will.

When social media users change their profile picture, share articles, and maybe add an opinion or two, they often feel satisfied enough with this contribution that they neglect to turn it into action. A study from the University of British Columbia has shown that once a user has voiced their support via social media, they are less likely to donate money or even volunteer later on.

Showing public support for a cause makes people feel good about themselves and their public image, which convinces them that they've done enough. It's proven to actually inhibit meaningful action. A significant motivator for showing support on social media comes down to making yourself feel and look better. This does nothing to help victims of terrorism across the world.

Some people make the excuse for "slacktivism" that the average person is too insignificant or powerless to effect any real change beyond typing and clicking. But we are lucky enough to live in a society that encourages free speech and gives us representatives in government to make our voices heard. Taking the easiest way out and adding a filter to a profile picture that at most 700 "friends" will see is not the most effective way to voice opinions — rather, we should use the full extent of our rights and start meaningful conversations about policy, our role in the global fight against terrorism, and ways to avoid the profiling that might inevitably follow such an attack.

We live on a college campus, surrounded by thousands of strong-willed individuals. Regardless of Carnegie Mellon's apolitical nature, there have been opportunities to meet up and discuss issues in a productive way, perhaps even to brainstorm solutions. We can send these ideas to our local and state politicians, who in turn can voice our opinions on the legislative level. Even if you are unwilling to participate in discussions or engaging policy makers, there is still a space for you to participate in things like candlelight vigils, which at the very least is a physical show of solidarity with the victims.

The fact of the matter is that, especially at Carnegie Mellon, the reasons to find satisfaction and fulfillment in such "slacktivism" are plenty and easy to come by. Instead of sitting behind our computer screens on our bubble-like campus, we should reach out to our neighbors, peers, and students from around the globe to start meaningful conversations that can lead to actual, concrete results. If all that we can muster is a trendy Facebook picture profile, that's not just slacktivism. It's flat out inaction.

For those of you who changed your profile picture, good for you for supporting Paris. But we're challenging you to push your actions further and see what impact you can really have. Want to make a concrete difference? Donate money to French charity organizations like the French Red Cross. Reach out to your local representative and express your beliefs on Syrian refugees. Vote in the upcoming election to tell politicians what you think the U.S. should be doing about ISIS. There are a million ways to take action, so take it. Don't choose the easy way out, and don't pat yourself on the back for doing only that.