Pugwash: Should sentences depend on statistics? 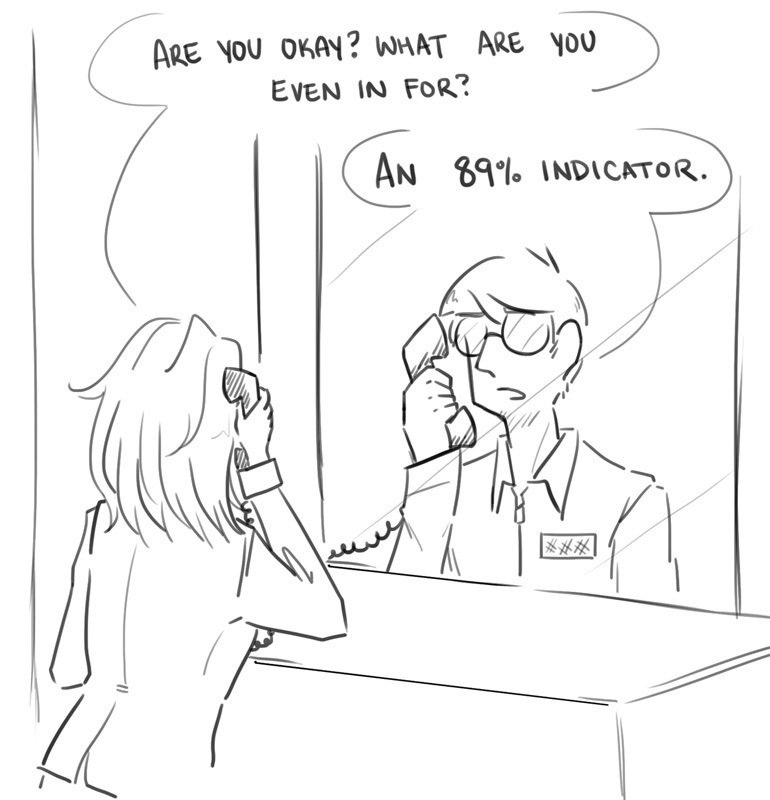 At last week’s Pugwash meeting, we discussed the use of statistics in the criminal justice system. Inspiration for the topic was drawn both from the science fiction movie Minority Report, in which crimes are predicted before they even happen and would-be criminals are jailed before they commit the act, and from real life, as a proposed Pennsylvania law aims to determine probabilities of criminals re-offending and adjust prison sentences accordingly.

One of the first things that came up in the discussion were the reasons for jailing people in the first place. First is the idea of retribution: If one person sees another doing something wrong, he would presumably want to punish the perpetrator and make him pay for it. Second is the idea of incarceration: by taking dangerous individuals out of society, society as a whole will be better off. Finally, there’s the idea of rehabilitation: taking people who made wrong choices and teaching them how to function in society so they can return as functioning, productive members to society.

An initial thought was that the use of statistics would make the criminal system more objective. Instead of being at the whim of a human jury or judge, who may hold biases, or be having bad days and make poor judgements, sentencing would be done in the same manner for everyone, by the same algorithm. Wouldn’t it be more fair?

Countering those concerns was the idea that if we know what the biases are, we can work to correct them and come up with a better system. However, even if the model itself isn’t biased, the police doing the legwork, looking for crime may be biased.

That was one idea that resurfaced throughout the conversation. Couldn’t using statistics to determine who is more likely to commit a crime and then incarcerating him or her end in a downward spiral? Suppose the model says black men are more likely to commit crimes, and so therefore we round up all the “high risk” black men and imprison them. Wouldn’t this be something of a self-fulfilling prophecy?

Similarly, if we’re using statistics to root out the supposedly worst parts of society, wouldn’t it make sense to use the same model to determine who will be the least likely to commit crime and produce positive effects on society, and then prop those chosen ones up? Just by thinking about it, one can see how the self-fulfilling prophecy is something to be avoided.

Also of concern was the idea that by handing off all the work to a statistical model, we would be rejecting the idea of free will. Although an individual may be at high risk of committing crimes, it is ultimately up to that individual whether or not he commits a crime. Instead of just throwing them in jail, wouldn’t it be better to encourage them to make better choices?

This is the key question Pugwash was asking about the need for prisons. Is it merely to protect society? If it is, it would just be best to take people with a high probability of criminality and toss them in jail to protect innocent civilians. But if the idea behind jail is criminal rehabilitation, then the statistical models could be used for a better purpose.

Instead of jailing high-risk individuals, resources could instead be used to help understand their situation and why they would commit a crime, and then help move them away from that situation and mindset.

For example, criminals who performed crimes of necessity are entirely from poorer populations, and are at more risk of re-offending as well. But no matter how much they get thrown into jail, they’ll still re-offend because they need whatever they’re stealing to survive. So instead of jailing them, maybe they should be targeted with assistance. The statistical models could be used to find high-risk offenders and then work with them to remove the causes of crime.

This would require more than just the introduction of statistics into sentencing, however. It would be an entire shift in the mindset of the American criminal justice system. And while Pugwash mostly compared incarceration to rehabilitation in terms of benefit to society, many Americans still hold tight to the idea of retribution: jail is punishment for bad acts, and should be meted out because criminals deserve it, regardless of any existing alternative methods.

Student Pugwash is a non-advocacy, educational organization that discusses the implications of science. This article is a summary of last week’s discussion on the use of statistics in the criminal justice system.