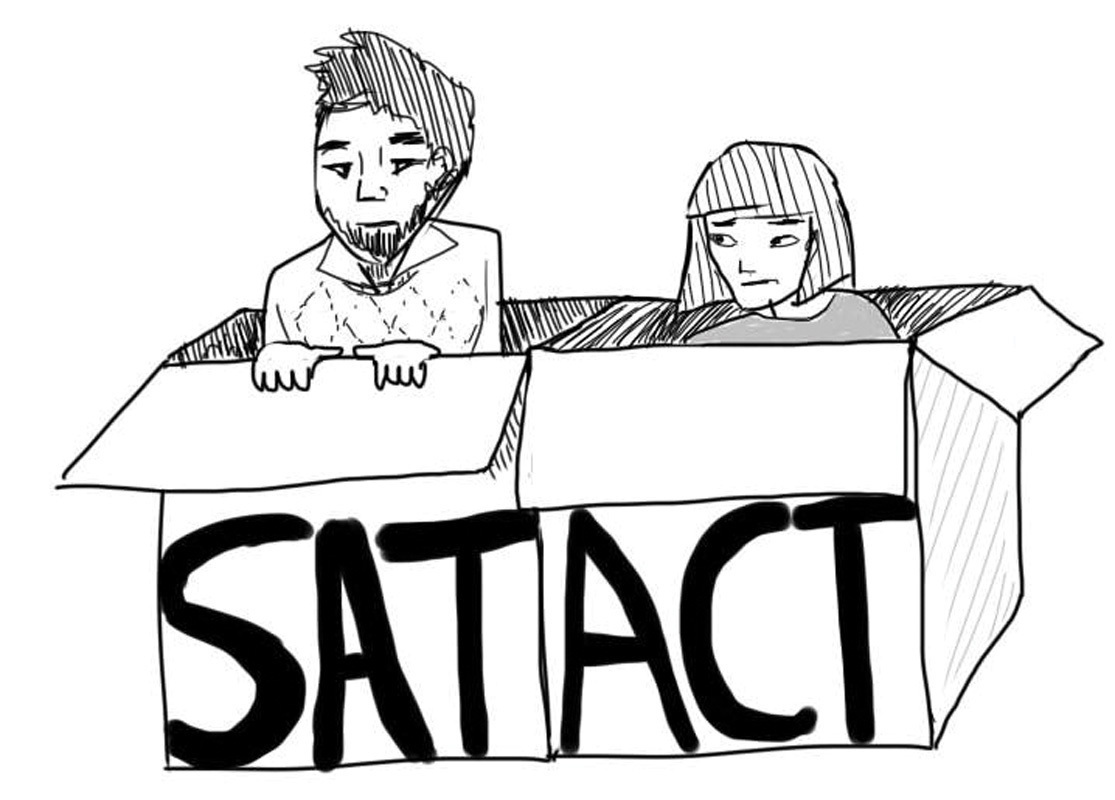 Credit: Maegha Singh/
Editorials featured in the Forum section are solely the opinions of their individual authors.

Every year, public schools across the United States experience a drastic change from their day-to-day activities. Teachers hand out thick packets of multiple choice questions, students fill out an excess of bubble sheets, and parents get bombarded with emails reminding them to make sure that their children get lots of rest and make it to school on time. School administrators lose sleep over national and state performance level standards.

Normal curricula are suspended, and attention is instead turned to state-mandated reading comprehension questions, basic math equations, and canned essay formats. Entire schools are turned upside down, and it is all thanks to standardized testing.

Standardized testing has been a part of American education since the mid 1800s. However, its use in public schools skyrocketed when the No Child Left Behind Act (2002) introduced the first nationwide annual standardized testing requirement for children from grades 3–8. The Council of Great City Schools estimates that students in public schools take, on average, 112 standardized tests during their school careers, according to a report released last month. . This translates to roughly eight tests per student every year from pre-kindergarden until 12th grade, many of which have been mandated by No Child Left Behind.

This rampant use of standardized testing is meant to increase and hold schools accountable for student performance. However, National Assessment for Education Progress, a set of federally sponsored exams that is administered consistently across all 50 states, released its newest report last week, showing a decrease in the math scores of fourth and eighth-graders, the first decline since 1990. Increasing standardized testing, it appears, is not the key to improving the American education system.

President Obama seems to agree. The Department of Education’s new Testing Action Plan promises to provide guidance and funding to help reduce testing. open letter to America’s teachers and parents, Obama states his three basic principles that any test used in the classroom should meet: “First, our kids should only take tests that are worth taking — tests that are high quality, aimed at good instruction, and make sure everyone is on track. Second, tests shouldn’t occupy too much classroom time, or crowd out teaching and learning. And third, tests should be just one source of information. We should use classroom work, surveys, and other factors to give us an all-around look at how our students and schools are doing.”

Under the Testing Action Plan, any test that doesn’t meet these standards will be eliminated. Furthermore, schools will only be allowed to spend a maximum of 2 percent of classroom time on standardized testing.

This critical view of standardized testing as a whole is a much-needed development in American education. Our schools’ reliance on standardized testing is extremely limiting, forcing teachers to halt the momentum of their classes, stifle their creativity, and teach in a manner that might not be the most effective for their students.

Many times, teachers feel pressure from school administrations to “teach to the test” in an effort to raise school averages and thereby increase federal funding. Putting teachers in a box significantly lessens what students learn. A class taught with the goal of preparing for a standardized test is a class taught with no real-world context. There is little opportunity for students to be creative and take deeper meaning from their lessons when everything can be summarized in a state-issued test. Teaching to a test is not teaching students how solve problems, it is not encouraging students to inquire further into the course material, and it is not teaching students how to internalize methods of learning effectively.

When it is emphasized so much more than other methods of learning and assessment, it alienates the multitude of intelligent, motivated students who may not be as successful in the standardized testing model as in other assessment models. On the other hand, students who are adept at the standardized testing model should not be taught to solely rely on those skills, as very little real-world problem solving involves a by-the-book multiple-choice test.

President Obama is on the right path in his efforts to reduce standardized testing. That is not to say that the Testing Action Plan will solve all of our problems regarding standardized testing. Even 2 percent equates to approximately 23.4 hours of testing every year, and the three guidelines to what will make a standardized test acceptable are still very vague. But it is a step in the right direction and a step toward an education system that is more effective and accurate in both teaching and assessing all types of students.