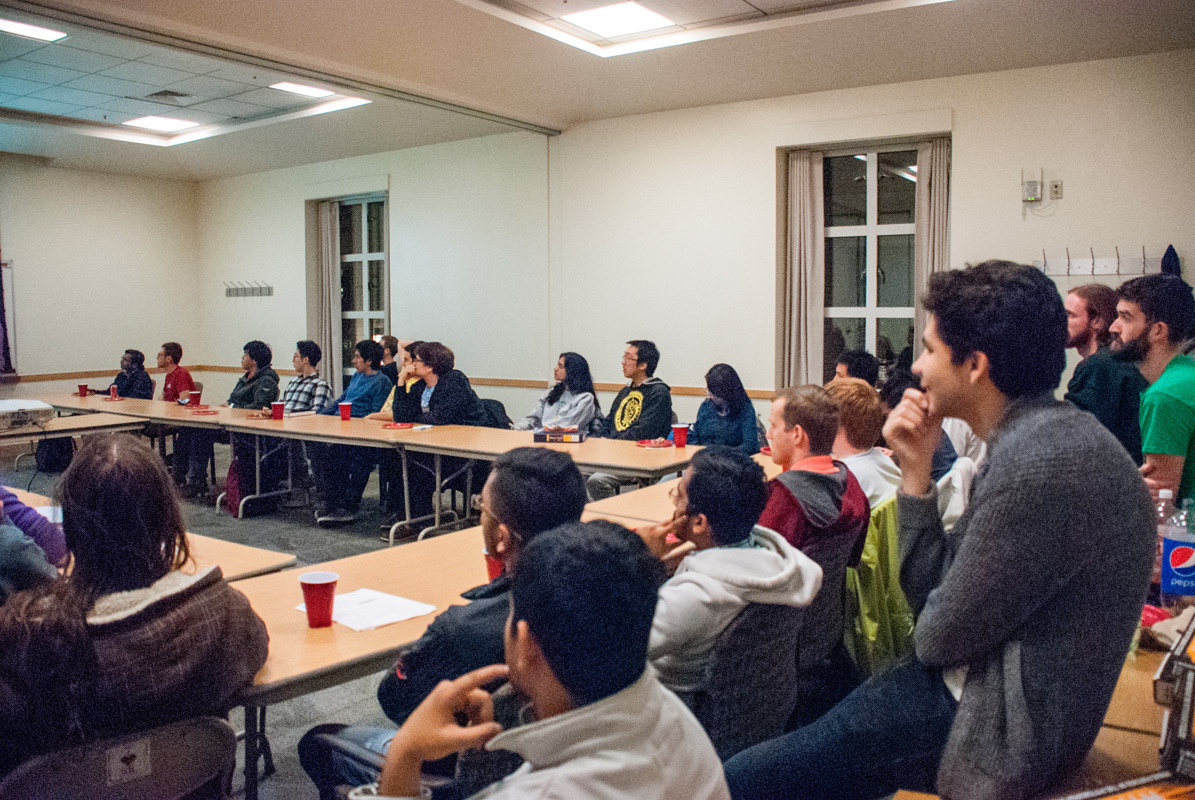 Laurence Ales, an assistant professor of economics at Carnegie Mellon, spoke about the effects automation will have on job loss in the near future. (credit: Yuan Bing/Junior Photographer)

Continuing our discussion from last week about technical automation, Pugwash heard from Laurence Ales, an assistant professor of economics at Carnegie Mellon University, regarding the effects of automation on job loss.

Ales began his talk by laying out two stories that are often told by the media regarding automation. The first is that modern automation will take all our jobs as humans become obsolete in comparison to robots. The second is that although the market has responded to automation in the past, this time is different.

After putting the two media narratives on the table for us to think about, Ales gave a brief history of past technological changes and their impacts on the market. Technological change has been happening throughout human history, moving the labor force from artisans, to factory laborers, to service workers. At each transition, some jobs were lost, but other positions opened up to replace them.

Looking at the first concern that arises, regarding the idea of humans becoming obsolete or running out of jobs, Ales cautioned us to not only look at jobs lost, but also jobs gained.

If autonomous vehicles or drones take over the transportation and delivery sectors, then of course people who are currently delivering pizzas will be out of jobs. However, that’s just the first step. If robots provide such an advantage, pizza might get cheaper, encouraging more people to buy it. This necessitates more pizza cooks, more receptionists to take orders, and more managers to organize it all. Similarly, it means more drones doing delivery, which could mean a drone repair shop opening up down the street.

Although automation reduces some jobs, Ales wanted to make it clear that it will open up new opportunities in other areas. Humans will always have a competitive advantage in something, relative to machines or robots, and those areas are where jobs will open up.

The second concern, however, is that modern automation is somehow different from automation in the past. Maybe it’s the pace of the automation, or which jobs are being replaced, or even who’s making how much money.

It’s true, Ales said, that the jobs being replaced now, or the jobs that will be replaced in the near future, are different than prior jobs. The last major industrial shift saw a decline in factory laborers due to a transition towards service jobs, and now it’s those service jobs, among other industries like transportation, that are being targeted.

Despite the prevalence of technology, however, there are still plenty of areas in which humans have an advantage over machines. Maybe they can deliver pizzas and drive cars, but they still don’t make very good janitors or economics professors. And the robots in use aren’t being repaired by other robots, or at least not yet.

In looking at inequality, Ales thinks there might be something to worry about. The wealth gap has been increasing since the 1970s. This is possibly due in part to the fact that the jobs being replaced are mid-level jobs involving semi-skilled work, and the new jobs being created are on either end of the spectrum.

Ales next addressed the question of policy. If automation takes away some jobs, while at the same time opening up new ones, and the wealth gap is increasing, what are some policy solutions that could address these issues?

First, to help workers who are in danger of being replaced, we should make it easier to transfer from one sector to another. Find which industries are losing jobs, and provide incentive for workers to switch to similar industries that aren’t being replaced. At the same time, make sure to support people who want to go into careers that are seeing growth. Easing transitions from one career to another would make workers more agile and able to respond to automation.

Secondly, Ales argued that to address the income disparity, taxes should be raised on the wealthy instead of raising the minimum wage. Providing a higher minimum income would only encourage workers to stay in dying industries, according to Ales. Instead of doing that, the government should tax the wealthy and use that money to provide re-training for workers to find an industry that is growing instead of shrinking.

The talk by Ales was followed by a question and answer session. One question that came up was while Ales’ talk applied mostly to the United States and other developed countries, what about nations like Mexico or China? Also, what would happen when robots eventually have all competitive advantage over humans? Perhaps most importantly, will economists’ policy advice be heeded by those in charge?

While Ales had some answers, other questions are still up for grabs. “Get back to me in a year,” he laughed when asked about his current research. However, Ales was clear that as far as we know, the current wave of automation doesn’t mean the end of the world as we know it, as many claim.