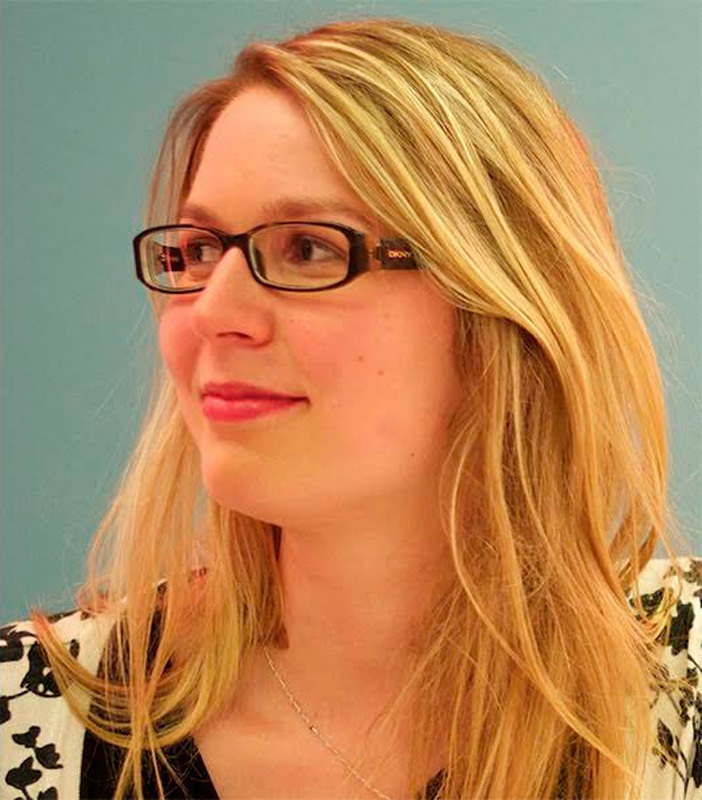 Stefanie Mueller, a PhD student at the Hasso Plattner Institute in Potsdamn, Germany gave a lecture about the future of personal fabrication machines. (credit: Courtesy of Stefanie Mueller)

Imagine a world where we could make any object we wanted, almost instantly, any time. That is the bold future imagined by Stefanie Mueller, a PhD student at the Hasso Plattner Institute in Potsdam, Germany. Mueller shared her research in a stimulating lecture this past Friday at Carnegie Mellon. Her work is aimed at improving how people interact with personal fabrication devices such as 3-D printers and laser cutters. She believes that through the development of more intuitive devices that provide quicker feedback to a user’s input, we may reach a point in the future where we can use the power of these machines to make any type of object we desire.

Recent years have seen a huge growth in accessibility to 3-D printers and similar personal fabrication devices. According to Forbes, the market for 3-D printing grew to $4.1 billion, growing over $1 billion in 2014 alone. Mueller partially credits this immense recent growth to the expiration of 3-D printer patents. This allows others to use and further develop this technology. She said that many of these patents were established in the late 1980s and held by large companies. With new-found freedom, innovators have envisioned bringing this technology to the general public.

While many predictions point to continued, exponential growth for this market, Mueller warned us that we cannot ignore the possibility of an alternate future where this technology begins to grow, but then fades due to lack of accessibility to the general consumer. Currently, the majority of 3-D printing software is targeted toward industry professionals who have years and years of training. Even for skilled users, the interaction with the machine is not intuitive because users do not receive immediate responses to their input. This is mainly because modern machines are exceptionally slow and may have to be left overnight to complete building an object.

Mueller compared the problems personalized fabrication faces to the those faced by personal computing many decades ago. Early computers were very complicated to use: sometimes requiring punching holes in cards, inserting them into the machine, and waiting overnight for the computer to compute the results. Since then, many of the problems have been addressed, as evidenced by the personal computers we carry around today. Mueller hopes that following a similar model, we will be able to elevate personalized fabrication technologies and make them ubiquitous.

The largest challenge to this goal, however, is how we will be able manipulate matter in a manner that is fast, reliable, and depicts the user’s vision for the object. Mueller has focused much of her research on addressing this challenge, and she showed videos of her team’s developments during her talk. The first example was of a laser cutter that cuts a variety of materials from wood, cardboard, and plastics. A piece of glass separates the user from the laser and the material, but the user can use a variety of laser tools in the form of a pen to mark locations where the machine should cut or move. The user can almost act as if they are drawing using a pen on the glass and the machine will move, almost instantly, in response to their actions. This is an example of speeding up the feedback between user input and the visualization of the resulting changes.

Mueller and her team took this idea one step further, wanting to explore whether or not they could push their technology from 2-D actions to 3-D actions. Using techniques and ideas from origami, they developed a machine that, instead of cutting at a desired position, would generate a fold of a specific angle or design. The laser would heat the material to a point where it would bend with the force of gravity but not break. Mueller showed an impressive video of a user making a plastic pot within minutes using technology created by her team.

In a separate realm of her research, Mueller and her team focused on improving the user experience with 3-D printers. One current problem with 3-D printers is that a user can use software to model his design, but a 3-D printer must work overnight or for a few hours before a product is produced. Thus, the user must envision the impact of any desired changes ahead of time. To speed up this feedback loop, the team invented a method of printing a wire-frame model based on the actual object the user wants to create.

Wire-frame objects are veritable skeletons, like a structural model of the object itself. The wire-frame technology required the development of a new method of dispensing the plastic in a vertical fashion without the plastic bending over itself. Mueller showed a video of a construction of the wire-frame model of a bottle whose creation took only 14 minutes, compared to over three hours for the complete model. With this model, the user can see the results of the changes he wants to make more quickly, which shortens the feedback loop.

These technologies are still developing, but Mueller encouraged her crowd that by improving these personal fabrication technologies using the approaches her team has devised, we may eventually approach a future of instant fabrication. Another area of Mueller’s research is to explore ways of improving sustainability, because an inevitable impact of instant fabrication is an increase in the number of objects produced and the amount of materials that become discarded as trash. If a 3-D printed object breaks or becomes outdated, a user would just throw out the old object and print a new one. The team’s idea involves scanning a 3-D object, and using computer software to instruct the 3-D printer to modify the existing object.

Mueller showed an example of a 3-D printed phone case that could no longer be used, since the user bought the new model of the phone. Using the 3-D printer, she scanned the phone case, instructed the printer to make design changes relevant to the new model, and was able to transform her old unusable object into a modified, relevant object.

The potential of the approaches Mueller explained and depicted in her research could lead to an evolution of technology that revamps the way we use personal fabrication technologies, ultimately changing the way we create and interact with objects around us.