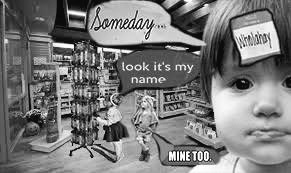 Credit: Emily Giedzinski/
Editorials featured in the Forum section are solely the opinions of their individual authors.

How do you think you pronounce my name? If you are like 90 percent of the teachers I’ve had in my life, you were wrong. My name, Gaelic in origin, is one of those that needs some extra clarification. It was recently pointed out to me that having such an odd name must have shaped the person I grew into. As odd as it is to think, the labels assigned to us when we are tiny womb aliens guide us to who we are.

Statistically, names can shape people’s employment opportunities and school performance. Way back in 1948, study examined the effect of names on Harvard students’ performance. They found that men with unusual names were more likely to flunk out or to manifest neuroses than men with common names.

As the discipline of statistics has improved, similar studies have focused on people’s cultural and racial associations with names. A 2004 study by Marianne Bartrand and Sendhil Mullainathan sent out two resumes with identical qualifications and different names, one “white sounding” and one “black sounding.” The study found that candidates with “white” names received 50 percent more requests for interviews. This demonstrates racial discrimination in hiring processes that, while probably unconscious, can have a huge effect on individuals’ lives. Studies have also found that teachers expect less of children with “black” names, who therefore underperform.

Gender also plays a role in how names affect people. Research in Florida schools has found that boys with names that are more common among girls, such as “Audrey” or “Lindsey,” have more behavioral problems once they reach puberty. “Once these kids hit sixth grade, all of a sudden the rates of disciplinary problems skyrocket [for those boys with ‘girlish’ names], and it was much more the case if there happened to be a girl in the grade with that same name,” said the head researcher on the study. This news probably doesn’t come as a surprise to anyone who’s lived through middle school. Children can be mean. An unusual name is often just one more thing for bullies to make fun of, driving certain children to the bottom of the social hierarchy.

It’s no wonder that many young adults opt to change their names. Recently, a friend of mine decided to change his Asian-sounding name, which was tied to his family and culture, to something more white upper-middle class. I’ve met many people around campus who have anglicized their names for convenience, to avoid the awkward dance that happens every time you introduce yourself and having to repeat your name three times before giving up and settling. A traditionally “white” name can get people places socioeconomically, so it’s tempting to make the switch.

However, I would argue for standing by unusual names. While my name doesn’t have strong racial connotations, it certainly stands out. This has been formative for me because it means I can’t hide, even if I want to. So, I’ve learned how to stand out and make the most of it. Having a name that is tied to your heritage says that your heritage matters, and that it is something that should be worn with pride. A rare name or a different spelling of a more common name tells a child that they should be proud to be unique and creative.

Tailoring our name choices to society’s norms sends the message that it’s better to go with the flow and play by the rules, even if the rules are wrong. Perhaps it’s idealistic, but I see these studies as a challenge, not a judicial sentence. The biases built into judging unusual and even straight-up weird names is something that needs to be questioned, not given into.