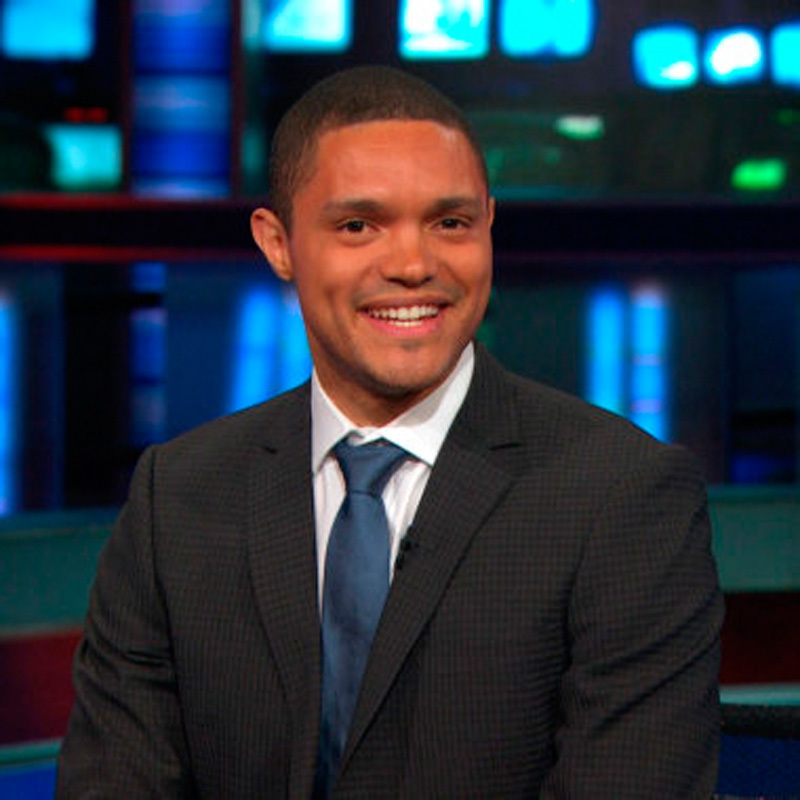 New host of *The Daily Show* and South Africa native Trevor Noah generates many laughs but approaches his new role with some trepidation. (credit: Courtesy of Flickr Creative Commons)

Last week, The Daily Show returned after a two-month hiatus to continue the “war on bullshit.” New host Trevor Noah, replacing longtime captain Jon Stewart who departed the show in August after sixteen years, acknowledged out front that he had big shoes to fill. “I can only assume this is as strange for you as it is for me,” said the South Africa native. “Jon Stewart was more than just a late-night host. He was often our voice, our refuge, and in many ways our political dad. And it’s weird, because Dad’s left, and there’s a new stepdad. And he’s black. Which is not ideal.”

Many small details about the show have changed, including the logo and graphics, but much of it also remains the same. The format, structure, and theme song remain, as well as some familiar correspondents including Jordan Klepper and Hasan Minhaj, and the always-fantastic “Moment of Zen” to close the show. The segments are still hilarious puns, and the targetboard is familiar. The structure of the script is so similar you can almost hear Stewart doing the show in your head.

There’s no doubt, however, that this is a different show, and that’s felt in Noah.

He’s got an incredibly charming smile that stretches from ear to ear, and it combined with his demeanor presents an image of a boy shoved into the spotlight; he wouldn’t want to be anywhere else, but at the same time can’t wait for it to be over. There’s a certain sense of discomfort in the first few episodes, and Noah handles some elements of the show as if he’s not quite comfortable in his surroundings.

For example, his interview with New Jersey Governor Chris Christie on last Wednesday’s episode felt too much like a stump for the Republican presidential candidate to shout from, compared to what fans expect from The Daily Show. The topic focused on Christie’s plan to implement a thumbprint system to document and control immigration, and where Stewart would’ve certainly had a few opinions of his own on the issue, Noah stood back, smiled politely, and asked questions that gave Christie control. Hopefully Noah grows comfortable enough in his new role to treat his guests with a little bit less than perfect hospitality.

With Jon Stewart’s departure and Stephen Colbert’s recent move as David Letterman’s replacement on The Late Show, it appears that Comedy Central’s late night programming has entered a new era. Stewart and Colbert established themselves as the smart alecks throwing spitballs in the back of the room, an intelligent alternative to the big network late night shows that vanilla up their jokes to appeal to a wide audience (an establishment Colbert has now joined). Now, The Daily Show with Trevor Noah and its timeslot chaser The Nightly Show with Larry Wilmore, essentially have to start over again. Hopefully as the writing staff grows more familiar with their new host, Noah will stop feeling like a replacement stepdad and become more like the dad Stewart was. Because the war on bullshit must continue, or else we’ll become lost in a sea of fear-mongering and politicians will go without hilarious nicknames. We can’t have that.

The Daily Show airs weeknights on Comedy Central at 11 p.m. Episodes are posted on cc.com the next day for free.