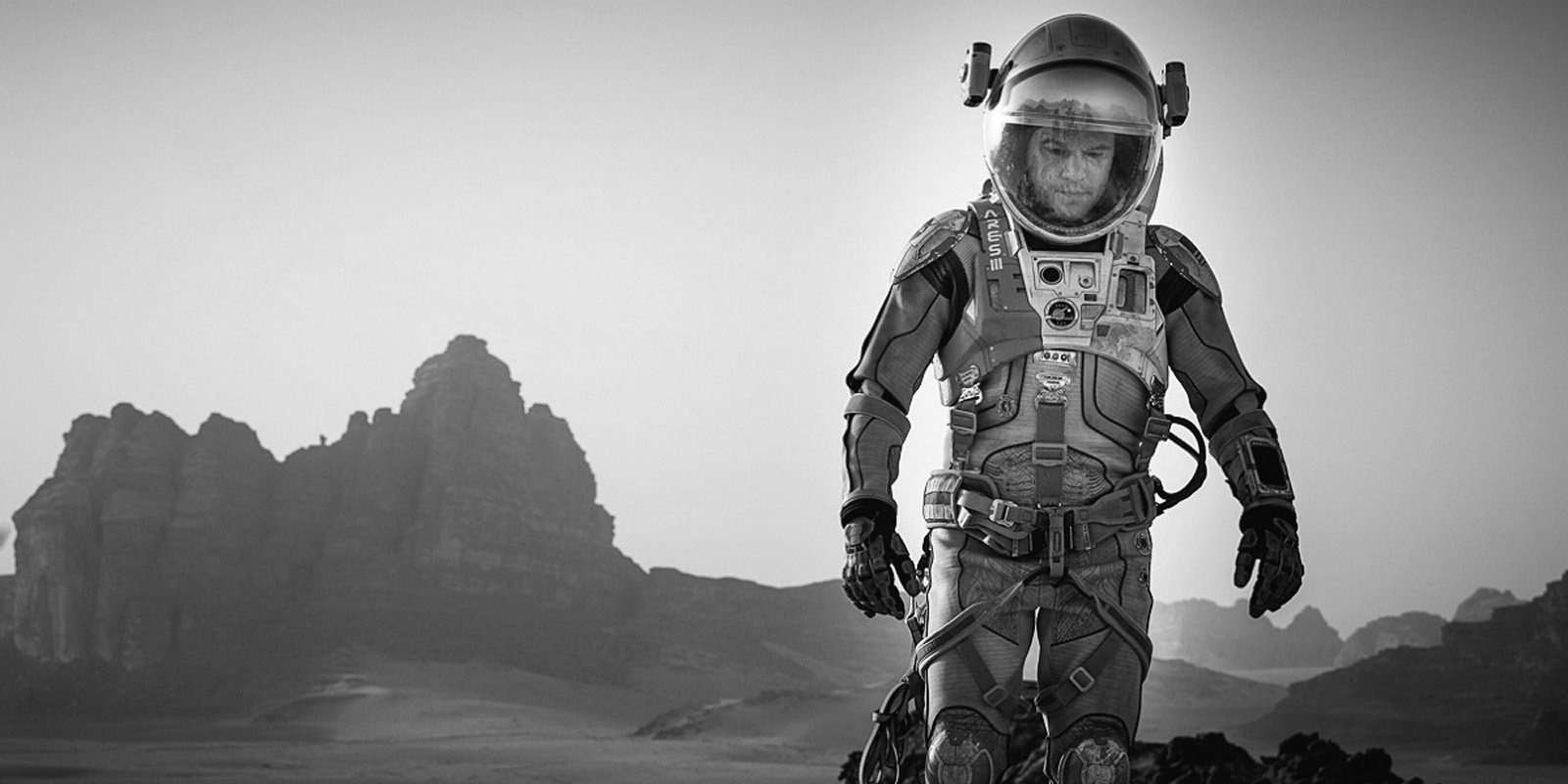 Matt Damon expertly plays Mark Watney, a member of an expedition to Mars who gets left alone on the planet. (credit: Courtesy of Wikimedia Commons)

For a sci-fi movie about a lone survivor on a desert planet, The Martian is a decidedly atypical movie for director Ridley Scott. One of the original sci-fi auteurs, Scott’s greatest works, such as Alien and Blade Runner are bleak, dystopian meditations on the fragility of humanity against the uncertain backdrop of the future. With The Martian, Scott swings the opposite way — this is utopian storytelling. The Martian is a celebration of human ingenuity and unwavering determination in the face of seemingly insurmountable odds.

In the near future, a manned mission to Mars is prematurely terminated when a massive dust storm hits the mission base. In the confusion of the moment, one of the crew, Mark Watney (played by Matt Damon) is injured and presumed dead. Watney awakes, stranded on desolate Mars all by himself, after the rest of his crew have blasted off into space on their return voyage. He must figure out how to make contact with NASA, and how to make his supplies, meant to last weeks, last him years. As Watney remarks, he needs to "science the shit out of this" if he has any hope of surviving.

For a movie with a theme best described as "Robinson Crusoe meets Apollo 13," The Martian is unexpectedly upbeat. Scott never lets his audience lose track of the gravity of the situation; yet he infuses his settings with subtle humor at just the right moments that present Watney not as a tortured soul, but as someone in on the wry joke of just how much trouble he’s in. Watney is an idealized symbol of perseverance and ingenuity: He refuses to give in, and somehow, by hook or crook, always manages to find a way. He recycles his own waste to fertilize potatoes, burns rocket fuel to create water, and in general manages to get by until the next inevitable disaster (Martian frost, chemical explosions) upends his plans.

Matt Damon as Watney is nigh perfect. He carries the entire first half of the film by himself. Giving his best performance since Scorses’s The Departed, Damon loses himself in Mark Watney, fluidly switching from fear to anguish, from loneliness to determination, and eventually joy. He makes Watney's emotional highs and lows relatable in a scenario that none of us have ever been in. The rest of the cast — an A-list cast if there ever was one — including Jessica Chastain, Jeff Daniels, Chiwetel Ejiofor, Sean Bean, and Kate Mara — work well together as a foil to Damon’s solitude. Besides Damon, Jessica Chastain deserves special mention for the poignancy she brings as the mission commander who makes the difficult decision to leave Mark Watney behind and must live with the decision when she learns that he is still alive.

Most interestingly, The Martian works as a paean to NASA and space exploration. This is particularly ironic when one considers that the movie is about a mission in space gone horribly wrong. The guys at NASA on Earth, and Watney on Mars react exemplarily — innovative and bold, they bend technology and nature to their will to get Watney back. The scenes on Earth could so easily have devolved into a bunch of brains spouting pseudo-scientific jargon without any soul, or into heavy handed Armageddon-style trite heroics that cater to the lowest common denominator audience.

Instead, they manage to straddle a fine line between seeming scientifically accurate and asking really big human questions of the cast and the audience. How much should the returning crew know about Watney’s condition? On the one hand, they deserve to know that he is alive; on the other, the last thing a crew needs is the emotional distress of knowing that they inadvertently marooned one of their own — especially since they still have to get back to Earth, in a situation where the smallest mistake can cost everyone their lives. Should the head of NASA, played by Jeff Daniels, authorize an emergency mission with a low probability of success to return to Mars in an attempt to save Watney?

The Martian isn't perfect, but it is undoubtedly a triumph. The story is a bit too linear, everyone is a bit too well-intentioned, and the optimism and constant wisecracking is a bit too unrealistic considering the circumstances. And yet, from the sound design to the visuals to watching the problem-solving unfold, everything just seems to work. Every soaring aerial shot of the desolate Martian landscape is complemented by the intimate landscape of a face. The movie manages to strike this incredibly delicate balance between cold hard logic and raw emotion — kind of like space exploration itself, right?