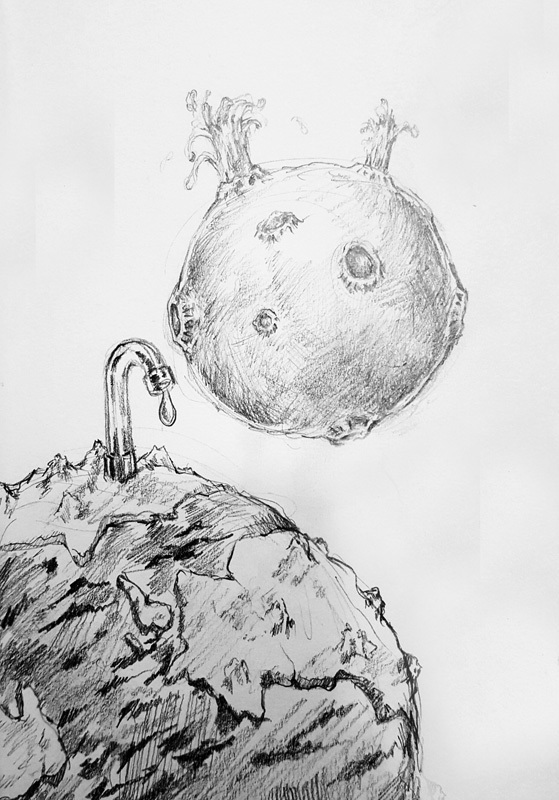 A general rule of thumb is that if Google cares enough to feature a special doodle for a specific event, something big is happening. On Sept. 29, users around the globe were pleasantly surprised with a new Google doodle celebrating the official discovery of water on Mars.

NASA’s analyses of the planet have proven that enigmatic streaks on Mars' slopes are made from salty, liquid water. This water may have the capacity to support the chemical reactions necessary for life. While we could now hope to fulfill our childhood ET dreams, this could more realistically signal the possibility of sending the first manned spacecraft to Mars. Since scientists now know more about the planet, they will be better equipped to engineer a spacecraft suitable for such a trip.

With greater knowledge of the mysterious planet has come an emergence of related projects. These include Mars One, a non-profit organization with the objective of establishing a permanent human colony on Mars. One-way journeys are scheduled to depart starting in 2026, and from a pool of 200,000 applicants from 35 countries, 100 crew members have been selected. After the discovery of water on Mars, the possibilities are endless.

Certainly, this recent discovery has successfully reached mainstream media. It has been covered by many major news sources alongside Google. However, interest in astronomy is rare in this modern technological age. Many continue to question the importance of astronomy in a world apparently operated and dominated by technology. Congress continues to cut NASA's federal funding. This year, NASA's budget totaled 0.50 percent of the federal budget ($17 M), in stark contrast to the height of the space race in the 1960s, when NASA was allotted 4.41 percent of the federal budget ($43 M).

Although the discovery of water in Mars is exciting in itself, the uncommon feat of space-related news making national headlines is also an exciting prospect for many citizens who believe more attention should be given to astronomy.