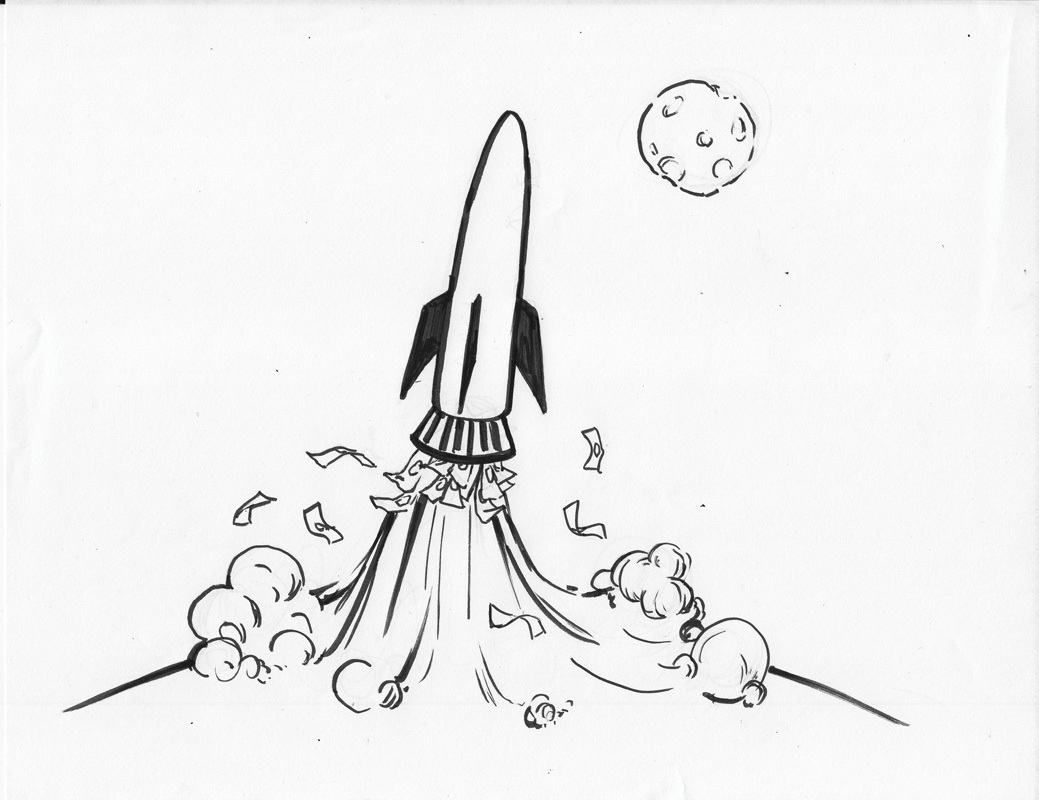 Credit: Eunice Oh/Art Editor
Editorials featured in the Forum section are solely the opinions of their individual authors.

Here is my political philosophy in a nutshell: I am passionately against anything that delays the future in which humanity is out there, exploring the stars. This basic policy has allowed me to separate right from wrong in many instances, giving me a sense of where to stand on even the most controversial of issues.

Perhaps I am no realist, but I am not delusional either. I understand that space exploration does not, and should not, attract the same social attention as healthcare. I understand that building rockets that can reach the moon has no practical value, unless you are trying to propagandize and scare off Soviets. Capitalism and curiosity do not speak the same language. Therefore, space exploration can be nothing more than a luxury in today’s world. I merely yearn for the day that it is a luxury that we can afford.

Given all that, you could easily assume that I would be excited about a private space transport company such as SpaceX — led by Elon Musk, the billionaire/genius/science-fiction geek/real life Tony Stark — receiving billions of dollars in federal grants. You would be easily mistaken.

SpaceX is a company that develops rocket science, based on the same idea NASA developed decades ago: burn fossils, discard empty tanks, get into orbit. But SpaceX is much more efficient, so efficient that NASA itself is likely to send cargo to the International Space Station using Musk’s rockets and other companies likely prefer to shoot satellites into the sky featuring the enchanting “X” insignia. All of this until now is perfectly acceptable; the problem begins when you visit the firm’s website.

There it stands: Mars, in all its might. The caption reads “Road to the Red Planet.” Clearly, SpaceX not only delivers a very cool service, but ultimately aims to make human civilization multi-planetary. This is the part where you go “whoa.”

To Elon Musk, the future of the human species is quite binary. Either we stay confined to Earth and wait for an eventual extinction event, or we settle on other planets, terraform them so that they can sustain human life, and voilà — we just bought ourselves a few more million years. Devoting your life to this goal sounds very philanthropic, even noble, except that it's not.

It is profit-oriented and manipulative. SpaceX recently received $6.7 billion in funding from NASA, and all of it will be going to a "space-taxi" infrastructure. "The next step in human space flight," they call it. But what is the difference between developing rockets that could take millions of people to Mars and developing a “taxi” that can take a handful around the Earth? Well, one of them is doable in the near future, for a start. The same one can also earn you a fortune. But the other one has vision; it's philanthropic. So what do you do? You put a sublime image of Mars on your website to receive public approval, while diverting your entire capital to space-taxis.

A friend of mine gave a TED talk recently, idealistically asserting that we need to spark, or re-spark, public interest in space exploration. But why, might I ask? So that these private firms can devour more and more tax-payer money that should rather be going toward healthcare or renewable energy subsidies? So that corporations can profit from offering super-rich space enthusiasts round trips to the ISS, pointlessly releasing carbon into the atmosphere? It is easy to delude ourselves with vague notions such as “inherent human curiosity” and “the need to become explorers once again” while skipping these fundamental questions.

Unfortunately, the hypocrisy of SpaceX does not stop there. The truth is, even if it could take people to Mars in a viable manner, it wouldn't do humanity much good. Elon Musk likes to claim that the real challenge in creating a self-sustaining colony on Mars is getting there — the rest is easy. But how can we live in a planet that lacks atmosphere, decent temperatures, minerals, gravity, stability, or, in short, anything and everything needed to sustain human life? How can we even think it possible to terraform a dead, red mass, when we cannot even geo-engineer our way out of the comparatively small climate hazards (global climate change, pollution, etc.) we have created back home?

There is no miraculous techno-fix to wait for. The irrational mentality that it is possible to make Mars more Earth-like is the same that allows humans to frack the soil incessantly to obtain fossil fuels, believing that we can deal with whatever consequences we create. This mentality supposes that we are all-powerful, that we can dominate nature. But it is wrong, distorted, and corrupted. We are not gods, nor will we ever be.

Despite my relentless passion about space travel, I cannot possibly support what companies like SpaceX are doing right now. I’d like to think that when we embrace the environment fully, protecting it from any further harm, we will have plenty of time and resources to explore the stars. Until then, we should focus our energy and resources on fighting the corporate structure that exploits the environment, rather than subsidizing it. And that, Mr. Elon Musk, is a philanthropic goal worth devoting your life to.