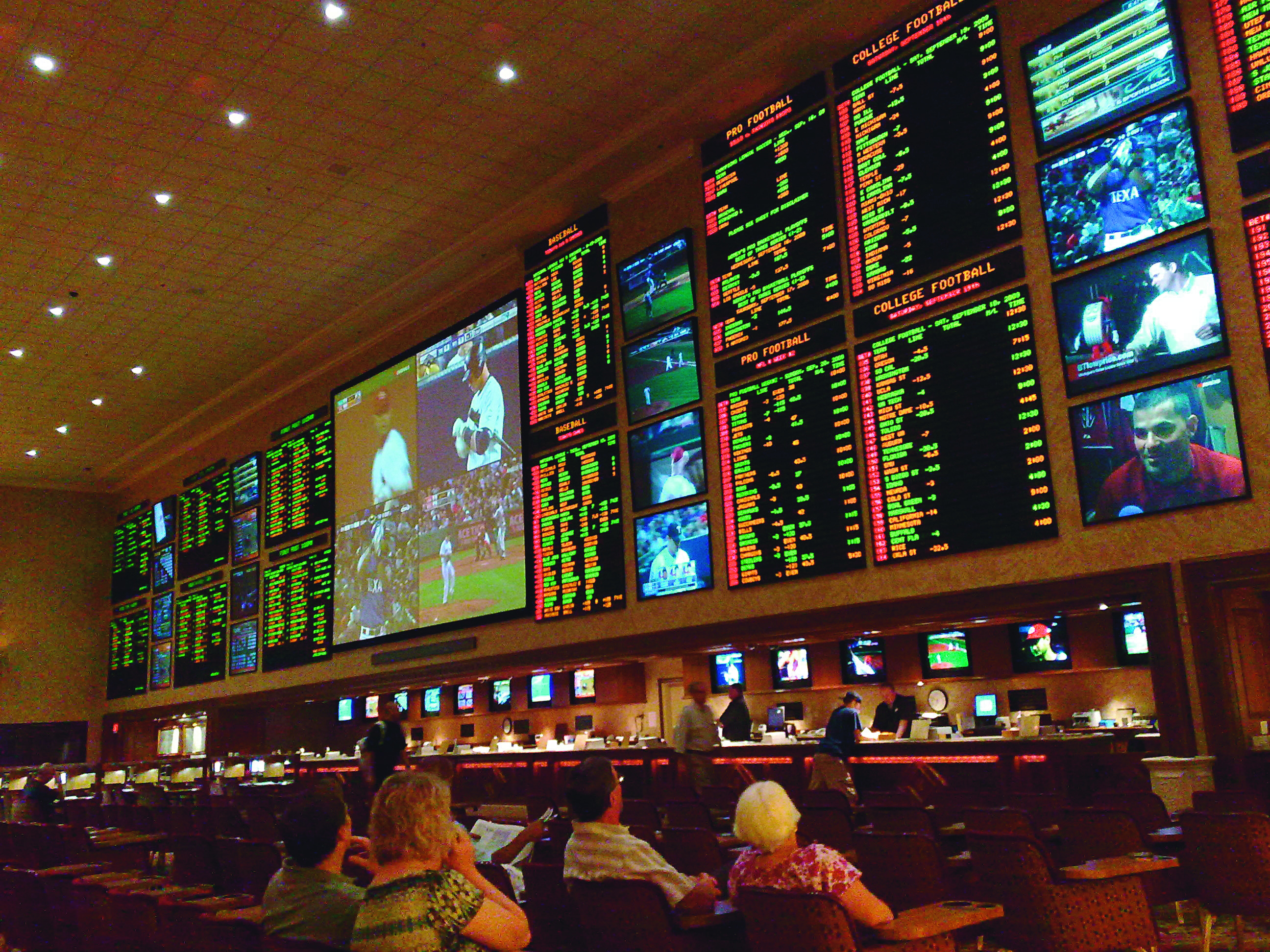 People betting on the outcomes of games with lines displayed next to scores. (credit: Marit & Toomas Hinnosaur via Flickr Creative Commons)

Over the past few years, Sunday has always been highly anticipated, as the growth of fantasy football has generated excitement beyond game expectations. Even if the Tampa Bay Buccaneers seem likely to lose another game, it’s up in the air whether their running back Doug Martin is likely to score enough fantasy points to play in your starting lineup. But what if we raise the stakes even more? Pick any player in the league, and win money on a daily basis based on their performance. The format of daily fantasy football has been met with controversy, as critics argue that the rapidly expanding phenomenon consists of little more than gambling.

In traditional fantasy football, a player runs a fantasy football team throughout the football season, managing a roster and making decisions on which players to leave on the bench each Sunday. Each week, each player plays a “game” against another member of their fantasy league, and attempts to win the requisite number of games to qualify for, and hopefully win, their league championship.
However, in daily fantasy football, a player pays an entry fee to submit to a contest a team of any players they want. The entry is only restricted by a “salary cap,” which prevents a player from selecting all the top players for their lineup. Hypothetically, a skilled daily fantasy player will use their superior knowledge of football to select lesser-known football players for their lineup, which will allow them to often win the contests they enter.

Is this gambling? In an Oct. 5 op-ed, “Rein In Online Fantasy Sports Gambling,” The New York Times argued that it was, while the leagues took advantage of gambling law exemptions for mainstream fantasy sports. Regular fantasy sports, like traditional fantasy football, are exempted from online gambling regulations. There is a question of whether a game like daily fantasy football deserves to be exempted from these gambling rules.

One issue with daily fantasy is its similarity with other forms of sports gambling. In horse racing, individuals place bets on horses, guessing which horses will place, in what order they will finish, and what place those horses will be in partway through the race. Compare this to daily fantasy, where users put money down on players who will run the most yards and score the most touchdowns, in their respective football games.

There is a small difference though. In horse racing, winnings are decided by betting lines, which reflect how likely each horse is to win. When American Pharaoh was the favorite to win the Triple Crown, the return on investment for betting on the horse was pretty small. You can win by betting on an outcome, and you will get what you earned if the outcome you choose occurs.
In daily fantasy, the entry fees are fixed. You can enter a 5-dollar league, a 25-cent league, or a 50-dollar league. The winnings are fixed, too, but what you need to win is not. In order to win in fantasy, you must beat other individuals, and the best performing team determines the winner.

This distinction can be seen in two very different lights. On the one hand, daily fantasy is arguably more of a competition, just like when you pay an entry fee to enter a local 5k. You might win the race and the prize, but a lot of the time you lose your entry fee. But it could be similarly argued that daily fantasy is more unpredictable than betting on horse racing. At least in the local 5k run, a good runner can expect to do well in the race. In fantasy, it is possible that the difference between winners and losers is pretty much guessing.

While we wait to see what the courts will say, and whether they’ll make daily fantasy deal with all the gambling rules of other online gambling websites, we can rest assured the NFL will hang tight. Commissioner Roger Goodell states that “The first thing we do is protect the integrity of the game.” He explains that while it isn’t clear whether daily fantasy is legal or not, right now, the league is comfortable with the fact that daily fantasy isn’t changing how football games are being played.