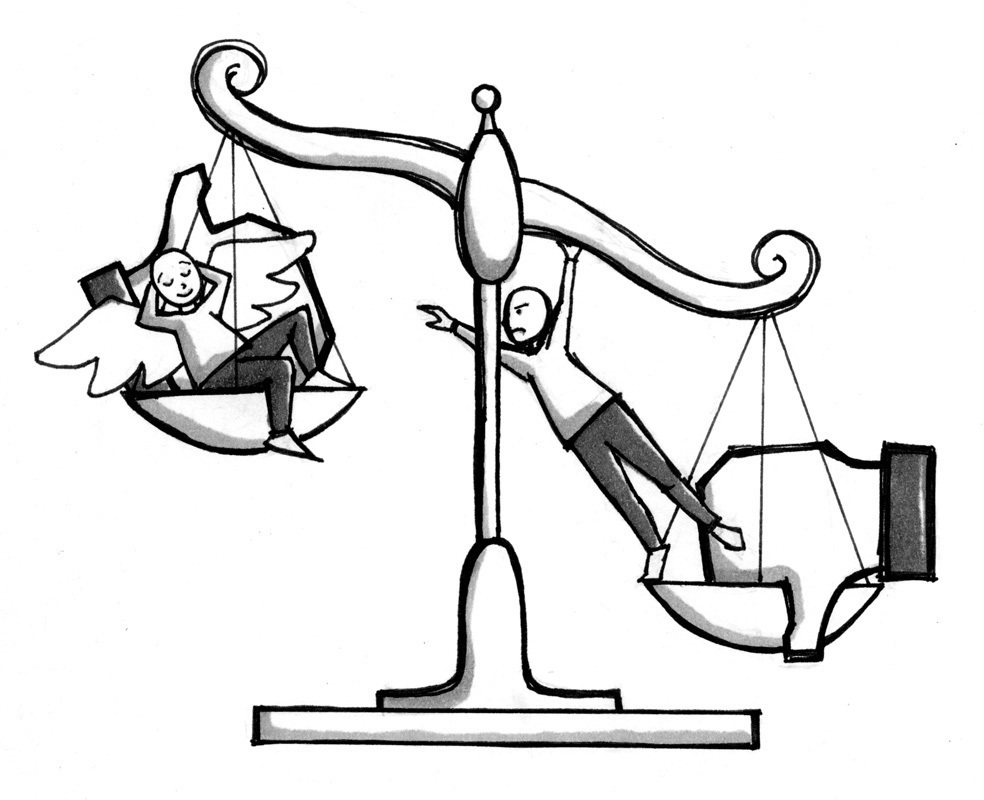 Peeple, an unreleased app that’s been called “Yelp for people,” would allow users to give 1–5 star ratings to other people, along with comments, without the consent of the person being rated. Although the future of the app is uncertain — after public outrage, including death threats, the app’s online presence went dark and the founders restated the app’s purpose to be spreading positivity — Pugwash still found the concept interesting to discuss. After all, aren’t there systems in place that almost do the same thing the app would do? And since the technology is there, what’s to stop another person or group from making a new app with the same, original function of Peeple?

The meeting began with a discussion of why Peeple is no longer scheduled to be released in its original form. One member suggested that public outrage isn’t the best way to decide what should or shouldn’t happen, because it’s basically censorship by mob rule. Peeple was entirely legal, but it still got shut down, or radically changed, because enough people got angry.

Other Pugwash members didn’t see a problem with this reaction. While they agreed that death threats aren’t acceptable in any circumstances, they argued that society’s reaction to certain things, whether it be an app or anything else, can work almost as an immune system. Just because certain things are legal doesn’t mean they should exist, and cultural or societal backlash is one way to stop them from happening. If something is bad, then bad publicity is warranted.

As an aside, one member pointed out the irony in the fact that an app based on rating people was seemingly unprepared for receiving negative ratings itself.

The discussion then moved on to the app itself. Two questions started this debate. First, do people have a “right to be forgotten?” Should we be able to stop others from talking about us online? And secondly, what does it even mean to rate a person?

In order to start this discussion, Pugwash questioned how Peeple would be different from current technologies. Several members noted that Yik Yak already allows anonymous comments, which can lead to personal attacks, and RateMyProfessors.com (RMP) exists solely as a method to rate individuals. Even going through daily life exposes people to criticism, others noted. It’s not hard to find out what people think of a certain individual, you just have to ask.

But that’s the difference, argued some Pugwash members. At least now you need to do some digging around to find out what people think of someone. Peeple would centralize and summarize all the gossip and comments that already exist about a person in one place.

The comparison between Peeple and RMP was also a point of contention. Some members argued that although RMP allows users to give anonymous ratings to other individuals, it’s used to judge a specific product offered by that individual: their teaching. It doesn’t purport to give an entirely holistic rating of the person, but instead only asks about a single aspect, which is broken down into understandable criteria; Peeple, on the other hand, asks users to provide a holistic rating by reducing a person’s total worth to a rating between one and five.

Other members noted that just because RMP is supposed to focus on a single issue, doesn’t mean it actually does. Professors’ personal lives are still involved in their teaching. Some comments or ratings reflect how much the teacher talks about their kids or other similar information, and there’s an entire category devoted to how attractive the professor is.

One concern was that Peeple could be used by potential employers, or in other high-stakes scenarios. Should people really be judged by anonymous online ratings? In response to this, however, someone pointed out that the Carnegie Mellon administration probably doesn’t take into account professor David Kosbie’s chili peppers on RMP when it’s time to review his performance.

After considering how the app would or wouldn’t be used in a professional setting, the discussion turned to more informal settings. The app’s original intention was to help people find friends, and one member noted that it’s not so different from real life. When you meet someone, you’re constantly sizing them up and wondering if they would be a good person to get to know further, and Peeple just does this for you. However, this goes back to the question of whether a one to five rating can really convey all the information needed. What one person might find weird or off-putting, another person might find quirky and enjoyable. Collapsing all the various information about a person into a single scale seems impractical.

Also, would anyone even trust the app? For information like height, weight, etc., it seems like it would be fine. But for “shady facts,” as one Pugwash member called them, it would be less reliable. Examples of “shady facts” included comments or reviews accusing people of certain nefarious actions or character defects. Would there be a way to fact check those? What about criminal records, should they be made public? Even more subjective reviews would be reviews about beauty or likability. Fact-checking would be a necessary skill for anyone using the app, and Pugwash members noted that a few negative reviews probably wouldn’t stop someone from being friends with another person if they enjoyed the other person’s company.

Instead of just ratings or anonymous comments, Pugwash members suggested that maybe it would be better for a more authoritative source to compile the information. Google already produces blurbs about celebrities when their names are searched, and they could probably do the same about everyday people as well. While this might make the descriptions more “objective” and less liable to be abused in witch hunts, it could release a lot more information than wanted. Some facts about a person aren’t always negative or positive; their impact depends on context. For example, maybe someone is open about their sexuality or gender in college, but they don’t share it with their conservative family and friends back home. If there was a central place to look up whatever information Google had on a person, it could create a lot of awkward social situations.

One example that was brought up to support this point was the incident a few years ago when Target found out a teenage girl was pregnant based on data about what she was purchasing. Target sent advertisements for baby supplies to the girl’s home before her parents knew she was pregnant, which shows how tracking patterns and using the vast amounts of data available can expose all sorts of things about people.

Finally, one member made an analogy between getting to know someone and data encryption. The more dollars it takes to break an encryption, the saying goes, the better the encryption. Similarly, we want people to have to invest time to get to know us, and not be able to “crack our encryption” just by visiting a one-stop rating app.

Student Pugwash is a non-advocacy, educational organization that discusses the implications of science. This article is a summary of last week’s discussion on the app Peeple.