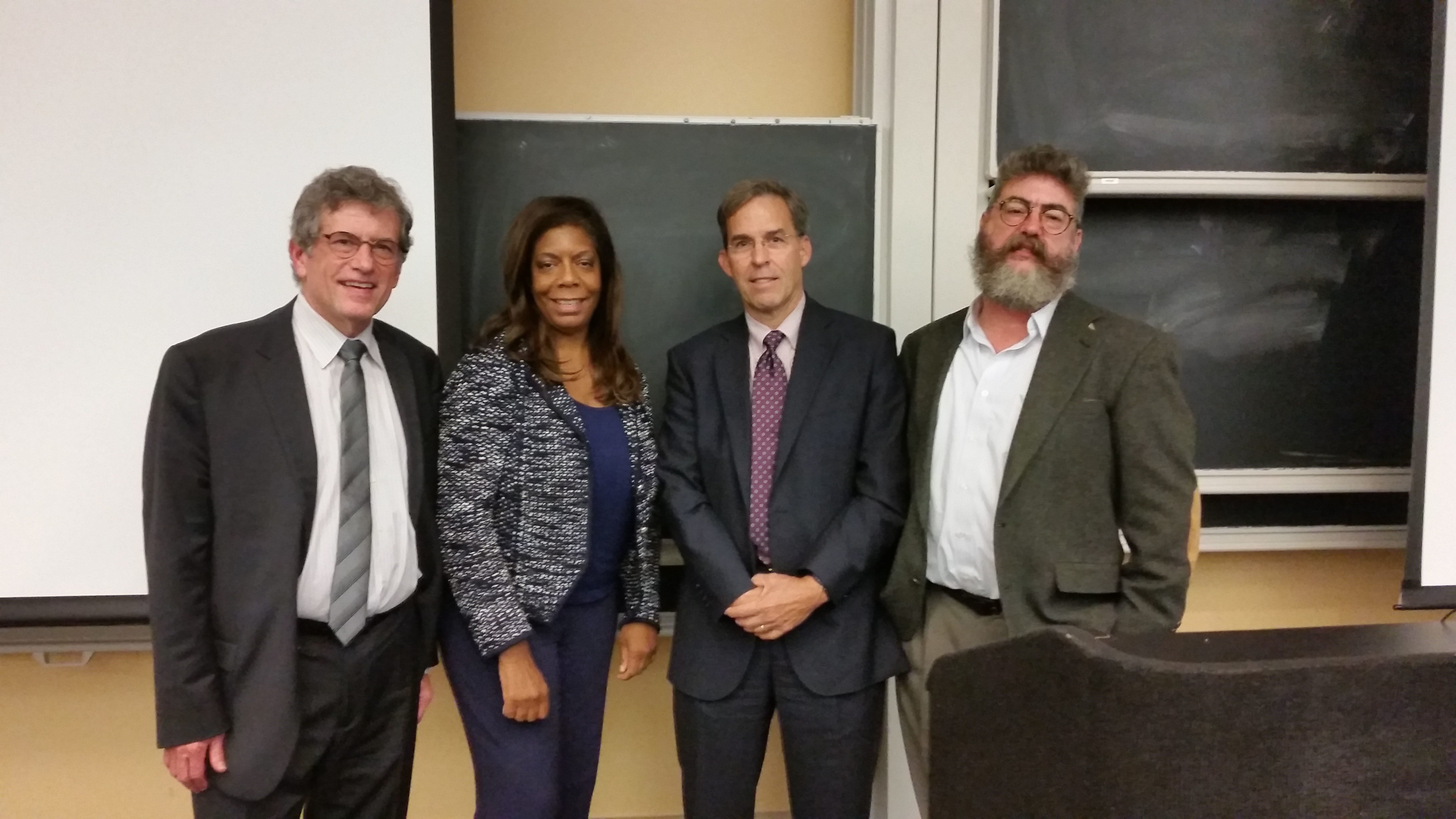 Pulitzer Prize-winning novelist Rick Atkinson spoke at Carnegie Mellon as part of the Cèilidh Weekend homecoming celebrations this Thursday. Atkinson is the author of the Liberation trilogy, consisting of An Army at Dawn, The Day of Battle, and The Guns at Last Night, which give a narrative history of the United States’ military role in the liberation of Europe in World War II. As part of his talk, Atkinson spoke about World War II and the information he collected during his writing process.

World War II began on Sept. 1, 1939 with the German invasion of Poland, and lasted until Sept. 2, 1945 with the surrender of Japan. It lasted a total of 2,174 days and caused over 60 million casualties. “That’s 27,600 dead every day for six years, 1150 an hour… .a death every three seconds,” Atkinson said. Last month marked the 70th anniversary of the end of the war, leading many to reflect on the consequences of this historical event and what exactly it means to the world so many years later.

Before the war, the United States Army was not a dominant force on the world stage. With a growing need for manpower, the U.S. grew drastic in its search for men. “By 1944, 11,000 young men every day were being drafted into the United States Army and Navy,” Atkinson said. Because it was the ‘40s-era United States, there was an an initial selective recruitment of young white men of good health between the ages of 18 and 45. However, because of the effects of the Depression and the desperate need for manpower, the standards for the “ideal soldier” had to be lowered.

“The desperate need for bodies in uniform….led to the drafting of what were known as physically imperfect men,” Atkinson said.

The requirement for soldiers to have 12 of their 32 teeth intact was now lowered to zero. Good vision and hearing — even having your trigger finger intact — were now a thing of the past. “They no longer examined eyes; they just counted them,” according to Atkinson. By the end of the war in 1945, the U.S. army had grown to 8.3 million soldiers.

It should also be noted that, as a result of this issue, the war also created progress for racial minorities and women. During World War I, black men were seen as incompetent, subservient, and unfit to fight in the war. At the start of World War II “fewer than 4,000 blacks served in the army,” Atkinson said. By the end of the war, this number was approaching one million. This proved to be beneficial to the civil rights movement, as the black American population fought battles abroad and at home. Today, the United States Army comprises 20 percent black soldiers.

In the same vein, it is no surprise that the army during this time was an overwhelmingly male institution. But the demand for manpower challenged this quota as well. With so many of the men off fighting, women were rapidly being drawn into workplaces back at home, and their numbers in the military started to rise. According to Atkinson, “In today’s military, about 16 percent of the officers and 7 percent of general officers are women.”

Many fighters returned from the war blinded, paralyzed, or as amputees. At the very least, they could say that they returned home alive — 400,000 Americans died as a result of the war.

Atkinson went on to recount the stories of individuals that were affected by the war. “Patricia O’Malley was a year old when her father, Major Richard James O’Malley, was killed by a sniper,” Atkinson said. After seeing his headstone for the first time, Patricia wrote, “I cried for the joy of being there and the sadness of my father’s death.… I’d cried for all the words I’d wanted to say and wanted to hear, but had not.… I cried.”

Henry A. Wright was a widower who lived on a farm in southwestern Missouri. “One by one, his dead sons arrived at the local train station” recounted Atkinson. “The elder Wright watched as the caskets were carried into the rusty bedroom where each of those boys had been born…. In the morning they bore the brothers to the hilltop cemetery side by side by side. That’s how the dead came home.”

Whether it was the death of a friend, a lover, a father, or a son, few could say that their lives were not affected by this catastrophic war. Rick Atkinson delivers his talk on the war with poignant details, causing a hushed silence in the audience at the most emotional of moments, and even laughter at the absurdity of some of the historical facts.

Director of the Humanities Scholars Program and history professor at Tim Haggerty said, “I was pretty sure I knew how the Second World War ended when I began An Army at Dawn, but the means by which the author combined primary research, biography, tactics, topography, politics, and history just kept me turning pages.”