Students learn more about the world of fungi 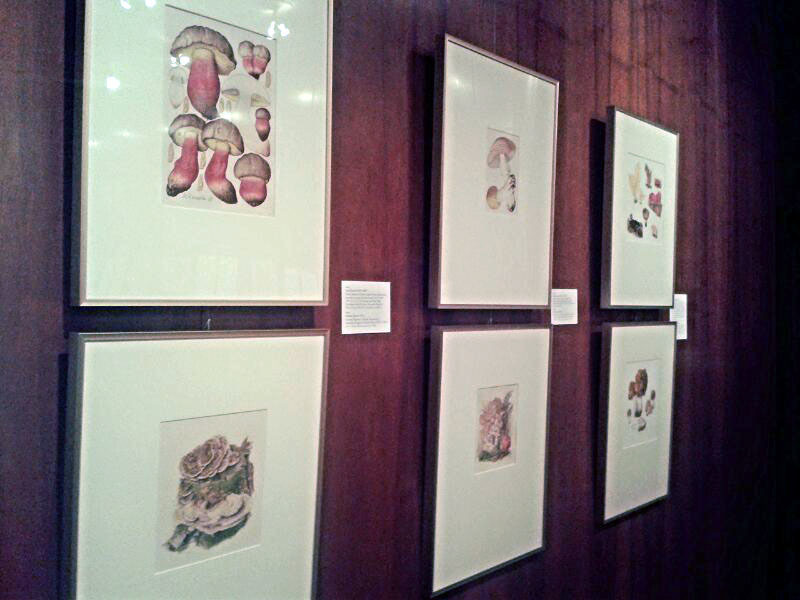 “The Mysterious Nature of Fungi” has been on display for three weeks now at the Hunt Institute for Botanical Documentation at Carnegie Mellon, located on the fifth floor of the Hunt Library. The exhibit provides visitors with an overview of the small inconspicuous fungal organisms that can be found in abundance almost anywhere on the planet. According to the exhibition’s website, the exhibit addresses important issues such as the characteristics of these organisms that create delirium, their relationship to disease and death, their use as wild and cultivated edibles, and the beneficial parasitic relationships they have with other organisms. The display explains the different types of fungi and provides insight into common misconceptions like “magic mushrooms,” or “the cereal killer.”

Lugene Bruno, Curator of Art for the Hunt Institute, believes that fungi “have a strong relationship to so many disciplines, not only their sculptural structures but also what is going on underground,” and is fascinated with the strong and intricate network they create. Choosing the topic of fungi for the exhibition stemmed from his curiosity about fungi and desire to understand the importance of these organisms. This was aided by the willingness to investigate the crucial role that fungi play in our survival by passing along nutrients to other plants or accumulating debris, and the dangerous properties they possess that can cause disease or crop damage. The Institute has been collecting several images of fungi for many months now, and they have come across several fascinating species. The cabinet of curiosities in the Hunt Institute lobby will also display a series of lithographs from a limited-edition portfolio by 20th-century American avant-garde composer, writer, and visual artist John Cage.

Having been recognized in 1969 as the fifth kingdom of organisms, the characteristics and properties of fungi are still largely unknown to larger audiences and experts alike, with many species still undiscovered. By introducing this exhibit to Carnegie Mellon, Lugene Bruno hopes to instill a greater respect and interest in the organism in all who attend.
The exhibition was opened to the public on Sept. 17, with an audience of 70 to 80 guests, and attendance has been regular since then.

While most visitors aren’t affiliated with the school, an increase in student activity has been observed. Responses have been positive, and visitors have shown a great interest in this subject. The exhibit attracts not only people with backgrounds in biology, but also visitors from other, only tangentially related disciplines such as design, art, and music.
The fifth floor of the Hunt Institute is surrounded by a mix of pictures, illustrations, and historical contexts in a variety of formats, intended to make “The Mysterious Nature of Fungi” an experience of visual and intellectual discovery.

As part of an effort to engage students, the Hunt Institute is reaching out to faculty and encouraging teachers to promote the exhibit. One recently developed initiative brought a class of artists to the exhibition to draw based on the illustrations and pictures on display.

The Mysterious Nature of Fungi will be on display in the Hunt Library until Dec. 17, free of charge.