SAT, ACT access should not be restricted by class 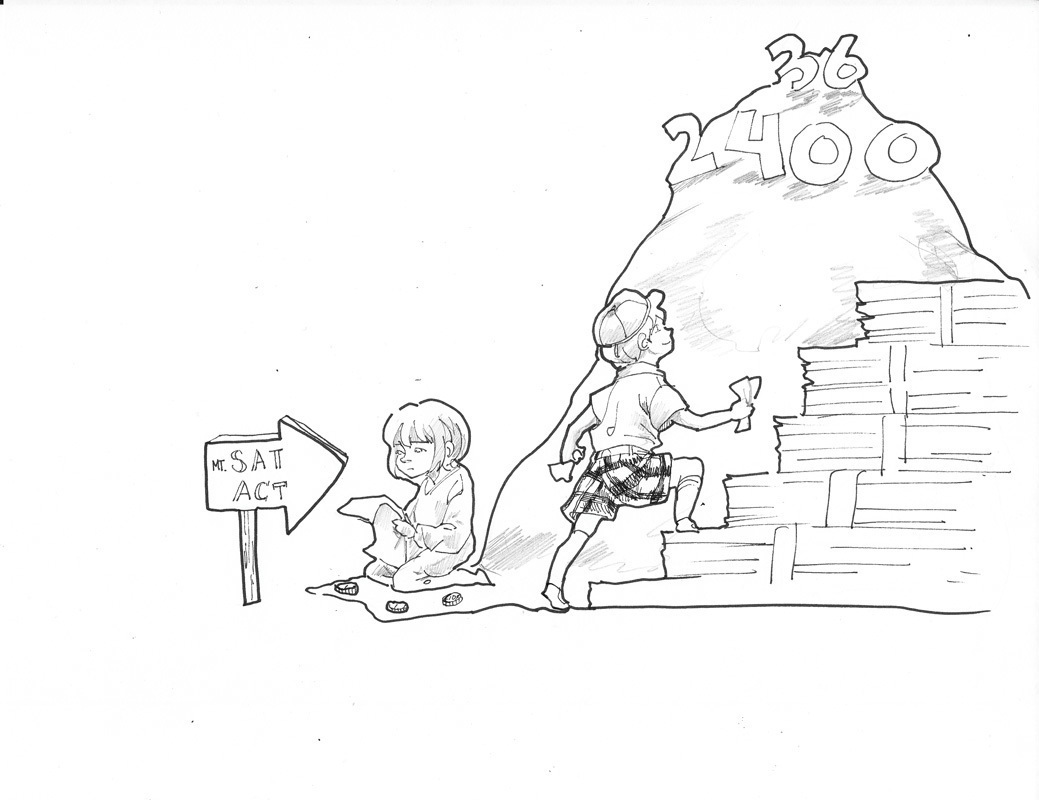 SAT, ACT access should not be restricted by class (credit: Eunice Oh/Art Editor)

A new report published by University of Washington's Center on Reinventing Public Education reveals that in 50 of America's largest cities, less than one third of high school students have taken the SAT or ACT, which is required by most institutions of higher education in the country. Memphis had the highest numbers, at 30 percent, while in 30 of the 50 cities only 15 percent of students take the SAT or ACT.

Because most colleges in America require these tests as part of admissions packets, this study shows the clear impact such a trend has on students' future education and employment. Without a college education, these students will have a much harder time finding stable, well-paying jobs that will enable them to break the poverty cycle. In fact, the study revealed that 40 percent of schools performing in the bottom five percent of the state remained stuck there for all three years that the report examined.

The study also showcases a strong correlation between class and educational background. It examines the relationship between students receiving free or reduced lunches and those enrolled in top or bottom scoring elementary schools based on math and reading. The results showed, with very few exceptions, that students enrolled in free or reduced lunch programs tended to be enrolled most often in schools that performed in the bottom 20 percent in either math or reading. In many cases, Hispanic and black students were at a much higher disadvantage than white students in the same city.

The overall takeaway from this study is that economic status and race have a disturbingly high influence on education, and that without sufficient intervention this trend will continue. It costs a lot of money to take the SAT or ACT, send scores to colleges, and apply. All of these costs are incurred before enrolling and paying deposits, tuition, and room and board fees.

Quality education should not be such a luxury. The high costs that come with education create significant barriers to what should be a basic right for all citizens.