Hoax threats on social media are nothing to joke about 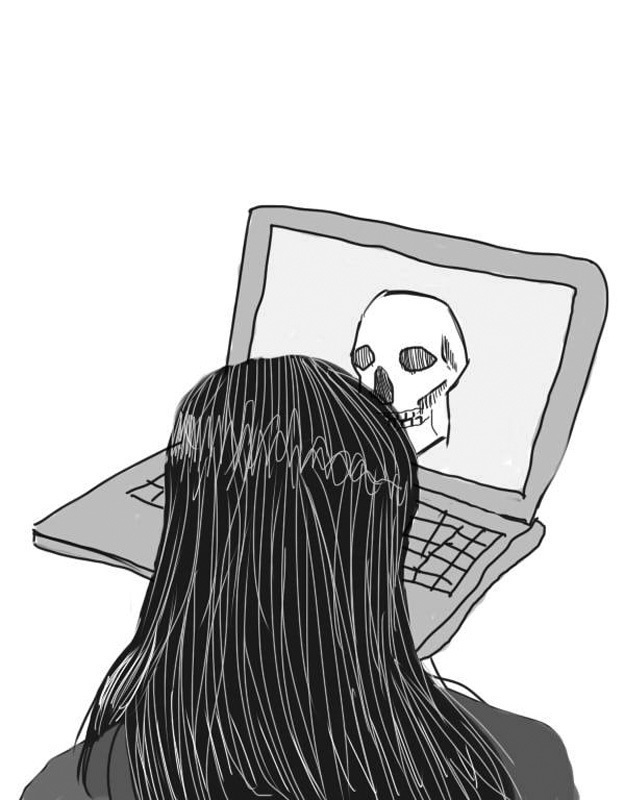 Hoax threats on social media are nothing to joke about (credit: Maegha Singh/)
Editorials featured in the Forum section are solely the opinions of their individual authors.

Last Monday, every university in the Philadelphia area was put on high alert. The University of Pennsylvania, Drexel University, Temple University, Villanova University, and other schools throughout the Delaware Valley sent out security alert emails to their students and added police officers to shifts. Some professors canceled classes, while others excused students who chose to not leave their homes.

This was the threat that threw the City of Brotherly Love into disarray: an anonymous post found on a 4chan message board, accompanied by a meme of Pepe the Frog wearing a ski mask and holding a gun. “The Beta Rebellion has begun," the post read. "On October 5, 2015 at 1:00 PM CT, a fellow robot will take up arms against a university near Philadelphia. His cries will be heard, his victims will cower in fear, and the strength of the Union will decay a little more.”

It sounds like the ranting of a madman. Yet it bears a sinister similarity to another anonymous 4chan post from Sept. 30, 2015, the day before Chris Harper-Mercer killed nine people and himself at Umpqua Community College in Roseburg, Oregon.

“Some of you guys are all right.” the now-deleted post says, followed by an angry-looking Pepe the Frog holding a gun. “Don’t go to school tomorrow if you are in the northwest … so long space robots.”

The Philadelphia threat, thankfully, did not end up amounting to any violence in the area. The threat to the northwest has not been linked to the Umpqua shootings. However, they both point to a horrifying trend: Internet users are more and more frequently using social media, especially anonymous forums, as a platform for threats of violence. More often than not, these threats are hoaxes — sometimes, however, they hold true.

It is more important now more than ever to realize the consequences of posting online for the world to see. Empty threats made behind computer screens are nothing to joke about and nothing to write in a brief moment of anger. They waste law enforcement's time and money, cause widespread panic, and take attention away from credible threats. Violence is no joking matter, and threats of violence should not be casually thrown around on the Internet.

Now, it is easy to say that many of these threats should just be written off as emotional ramblings. For example, when a high school student posts on Facebook that “there are times I want to kill everyone I see,” it seems like a classic — albeit extreme — outburst of teenage angst. The 4chan forum that the Philadelphia threat was posted on, "/r9k/," is known for anonymous contributors who write racist, sexist, misogynistic, violent, and homophobic comments; in other words, it's not a typically credible source of information.

On the other hand, when wild claims can be linked to actual acts of violence, they may be cause for concern. With the devastating abundance of mass shootings in the United States, who can tell if a high school student's Facebook post could have a greater meaning? In order to keep innocent bystanders safe, it is the job of law enforcement to investigate any potential threat detected online, no matter how innocent it may seem. Many who write threats online are arrested because there is no saying which social media user has violent inclinations and which tweet might foreshadow mass casualties.

So think before you post. Every word that is published online no longer belongs solely to its publisher — it becomes a public matter. A seemingly harmless “joke” about violence will not seem funny to law enforcement officials who are constantly monitoring social media. An empty threat made in a moment of anger will not seem innocent to the family and friends of those targeted. Think about the time, money, and energy that will be wasted investigating, defending against, and worrying about some words on a computer screen.

The poster of the Philadelphia threat probably just wanted to stir up commotion. They probably wanted to ride on the coattails of the panic surrounding Umpqua, and they probably thought that their threat would be seen as a sarcastic response. Maybe they knew that they would cause panic, or maybe that was the goal. But in no way was such a post representative of the privileges and responsibilities that come with being an Internet user. When the lives of others are potentially at stake, no joke should be made.