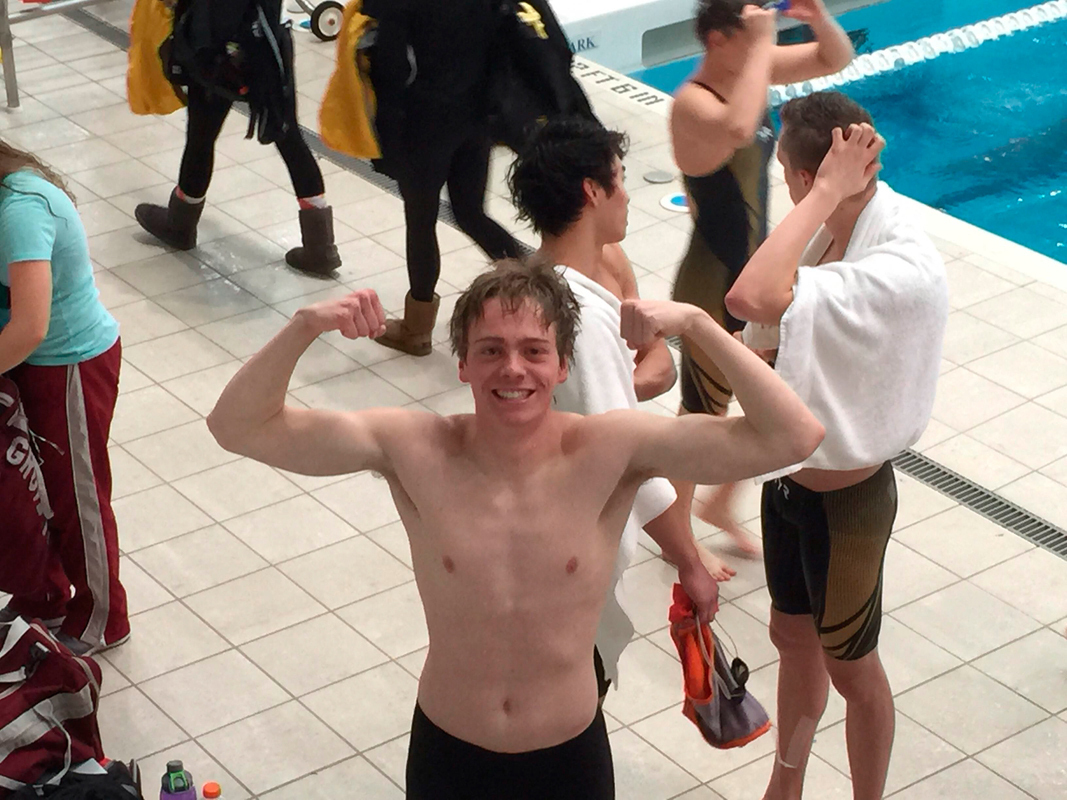 “[Swimming is] an outlet for all the stresses life brings,” first-year electrical and computer engineering (ECE) major and swimmer Kevin Steinhouse said as we sat in the Gates Hillman Complex’s Fifth Floor Commons. “[It makes me] a little more calm coming out of practices.”

It better: The schedule Steinhouse endures as a swimmer would make most Carnegie Mellon students balk. His mornings start at 5:20 a.m. on Monday, Wednesday, and Friday, when many of us are just putting the finishing touches on our homework. He dedicates himself to his sport, however, and it shows.

Steinhouse currently holds the school record for the 50-yard freestyle with a time of 20.77 seconds and also has the Carnegie Mellon men’s swim team’s best time on the year for the 100-yard freestyle at 46.33 seconds. Steinhouse knew coming in that he had come close to these times in high school, and made it his goal to surpass them, something he did just as the swim team’s season began. Already a record holder, Steinhouse still has much more he wishes to accomplish as both a Carnegie Mellon student and a swimmer.

Much of Steinhouse’s success can be attributed to his training. While he was close to the record times he set at Carnegie Mellon, he says he has improved by adding weight training to his routine, something he had not done before. He specifically mentioned the use of power racks, a device that provides weighted resistance against him swimming.

About two weeks before meets, he will lower the intensity of his training, allowing himself to recover and be at peak performance for large meets.

Steinhouse gives some of the credit for his motivation to his teammates, particularly senior chemical engineering major Josh Lucheon.

“When it matters most, he steps up,” said Steinhouse. However, it wasn’t always that way. In Steinhouse’s high school, people were mandated to play a sport, so many who were on the swim team were not competitive swimmers.

“Only about five or six people actually wanted to be there,” he said.

He prefers college, where the depth of talent and enjoyment for swimming makes the environment more competitive and, in his eyes, more fun. The appreciation for the teammates around him has also contributed to competitive success, where he participated in the 200-yard freestyle relay that broke another school record at 1:23.50 and might send that squad to the NCAA tournament.

Steinhouse has been an athlete for a long time, joining a summer league when he was four. However, he was not a competitive swimmer until his sophomore year of high school. He played soccer and basketball, and swimming was not his primary high school sport; that distinction belonged to water polo. He plans to join the club water polo team after swimming season is over.

In addition to being a swimmer, Steinhouse also has an interest in science. He said that early on he knew he wanted to involve math and science in his studies and settled on engineering. An affinity for programming pushed him toward ECE specifically, and he picked out 15-112 as a favorite class. While college surprised him with its difficulty, he claims to be adjusting well to his new surroundings. His success in the swimming pool shows he can adapt well to new surroundings.

While first-year students often struggle amid the tumult of a new home and a new team, Steinhouse has truly shone as an athlete. Less than a season into his time here at Carnegie Mellon, his swimming accomplishments have likely just scratched the surface of his potential.