Basketball star Lisa Murphy: a winner on and off the floor 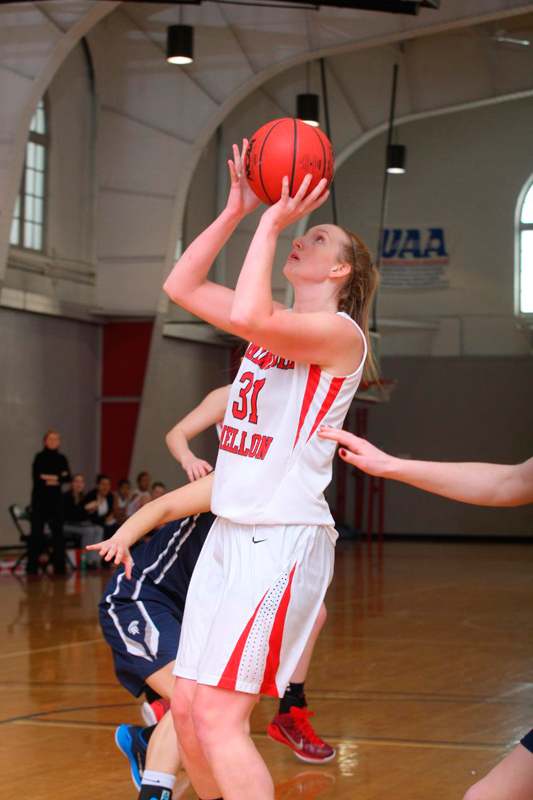 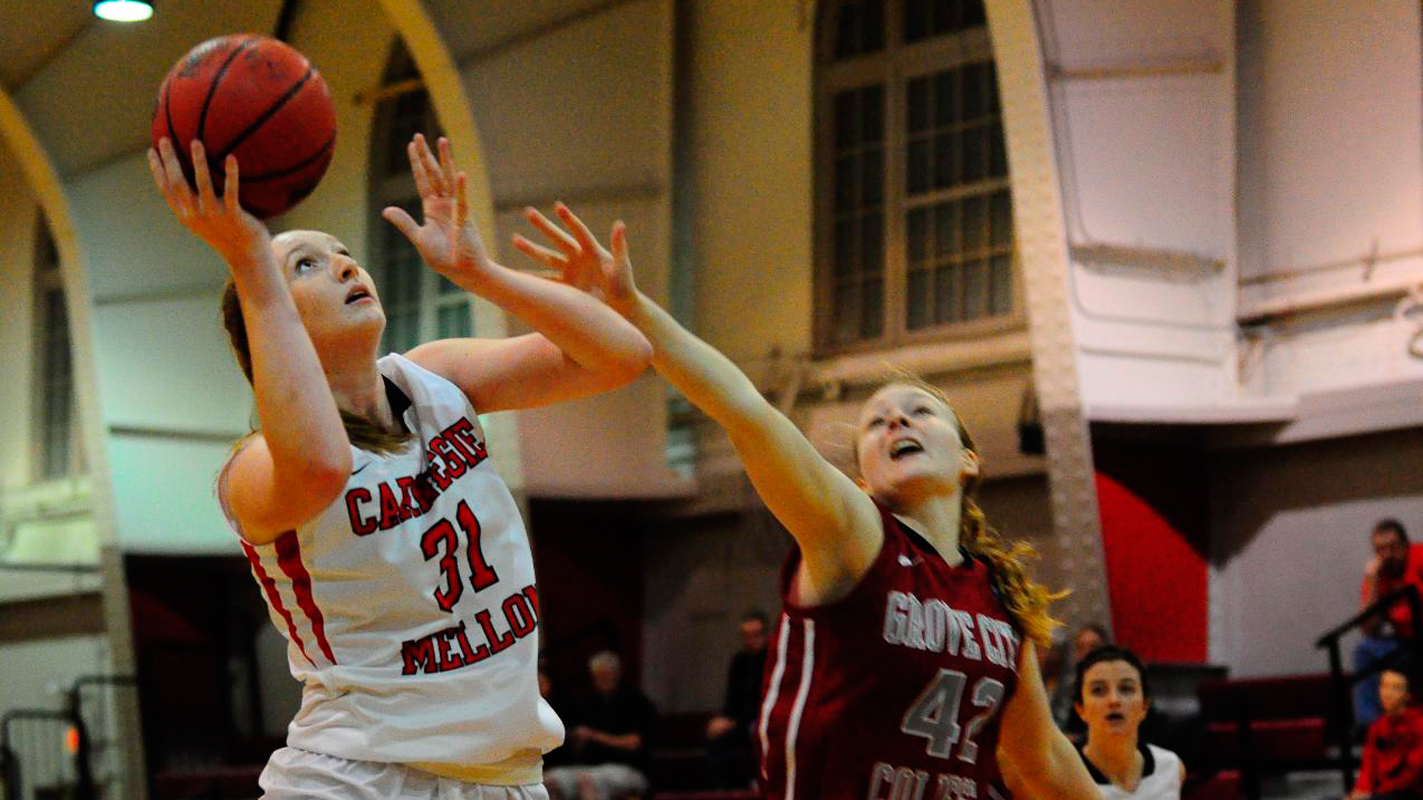 Murphy makes space between her and a reaching defender as she attempts a layup. (credit: Courtesy of CMU Athletics Department)

Breaking a school record in varsity basketball is an accomplishment that every athlete strives for, but one that only a brilliant few reach. Sophomore psychology major Lisa Murphy plays for the women’s basketball team and broke not one or two, but five school records in her first year.

Murphy’s remarkable journey began in the third grade, when Murphy’s passion for sports shone through as she joined her House League and was involved in a multitude of sports.
Unlike most athletes, Murphy did not have any expectations from the time she put into sports; all she wanted was to have fun with it — an attribute that she admirably still holds on to today.

Murphy first grew close to basketball as a sport during her first year of high school. It was then that she started to admire the beauty of the sport and the skill it required. Despite not being let onto her varsity team during her first year, Murphy exhibited her tenacity by practicing harder and building herself as a player until she became a starter on her varsity team in her sophomore year. Since then, she has plowed through obstacles and achieved goal after goal as she scores point after point on the court. She attributes much of her success to the guidance of her high school Coach Michael O’Brien and the support and love of her family.

Murphy chose to continue her already impressive high school career at Carnegie Mellon because she felt that “it had all the little puzzle pieces” that she wanted in a school: A good program for her major, location in a cool city, great teammates and a fantastic coaching staff. Murphy has a multidimensional personality, and wanted to study psychology to pursue her desire of working with children with special needs in a therapeutic setting in the future. When it came to basketball, all that mattered to Murphy was being “part of a growing, on-the-rise program where [she] could have an impact.” And so began her Tartan tale.

Murphy, whose game revolved around finesse (much like her idol Tim Duncan), had to adjust to the increased pace and physicality of college basketball. Nonetheless, Murphy came in ready to work hard once again and had no expectations from all that she put in. Murphy started all twenty six games in her freshman year and led the team in points, rebounds and blocks. She was named UAA Rookie of the Year and made it to the All-UAA First Team. She set school records in points scored, field goals made, field-goal percentage, free throws made and free throws attempted. This was not enough for Murphy, whose focus still remains on improving as an individual and as part of the Tartans. It is hardly a surprise, then, that she draws great inspiration from Head Coach Jacquie Hullah, who Murphy holds in high regard for the coach’s ability to facilitate team and individual development.

When asked about her daily basketball mindset, she had this to say: “I just want to work hard on the court and support my teammates. I try to use my agility and finesse to trump the opposition, and am working on other facets of my game as well.”

Despite brilliant independent performances, the Tartan girls have not managed to hold onto their leads for the last two games. Murphy admitted that she thinks the Tartans need to maintain their opening communication and execution and acknowledged that she wanted to focus more on getting into position, avoiding double teams and kicking the ball out in time. Murphy’s aims for the next few games are to help her teammates dictate the tempo of the game and force the opposition to play Tartan basketball.

It is inspiring to see how Murphy has grown from a young girl who used to play with her elder brother using the hoop in their backyard to a college varsity player who is a force to be reckoned with both on and off the court.