Understanding the universe with the Theory of Everything 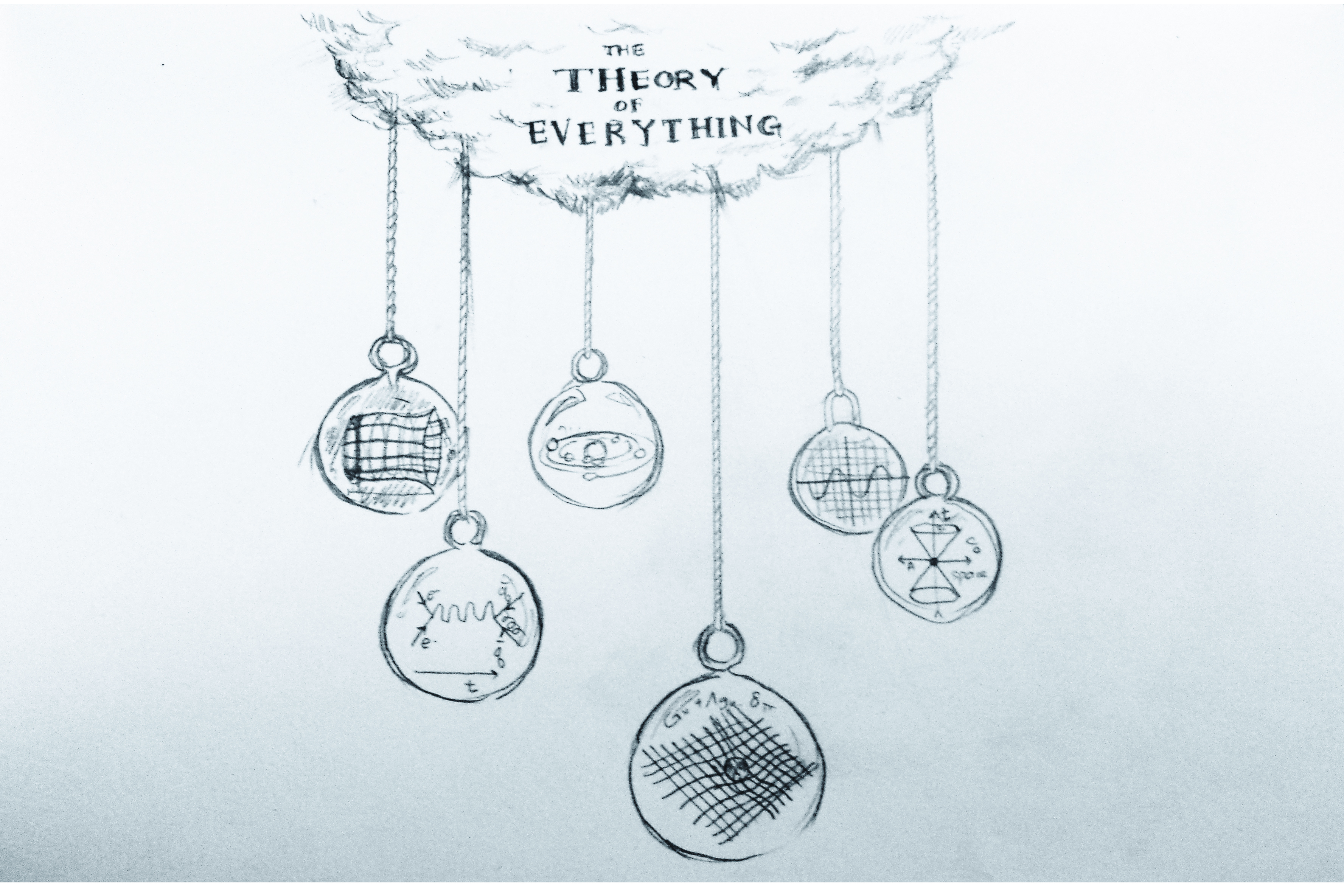 Everything, in just one theory?

Four kinds of forces have dominated this universe since its birth 1.4 billion years ago. Gravitational force, which causes an apple to fall; electromagnetic (EM) force, which manifests as EM fields and light; and strong and weak nuclear forces, which are responsible for the atoms that make up all the elements we know. The combination of these forces, as a result, is the sole source of energy for this universe. From a photon knocking a metal sheet to a massive black hole collapsing time space, everything is formed, moved, and changed.

But is there a theory, or an equation — probably no longer than your finger — that incorporates the answer to everything? A mystery for thousands of years, this perplexing but tempting problem has inspired innumerable physicists to contribute their brilliant ideas.

The Theory of Everything (TOE), also named the ultimate theory, is a long-sought hypothetical method that strives to link together all that we know and observe about this universe. While this may seem to be a crazy idea, it has been a long process of exploration which originates even back to Democritus’ time. Our ancestors initially tried to come up with the notion of “atoms,” but not those in Dalton’s version. People like Democritus believed everything was due to the mechanical collision between these microscopic “atoms,” which they never found. But now we know, thanks to Sir Isaac Newton, no contact is even needed given the law of universal gravitation.

In modern age, two famous theories have been closer to a TOE than ever: General Relativity (GR) and Quantum Field Theory (QFT). Albert Einstein, who initially coined the term “unified field theory” (another name for TOE), made every effort trying to prove that electromagnetic field and gravity are nothing but two different manifestations of a more fundamental field.

General Relativity gives people a brand new geometric way to envisage gravity. For instance, imagine placing a 20-kg lead ball on a soft mattress, which is then deformed because of the heavy weight of the lead ball. This is exactly what happened in time space (mattress), with the presence of colossal celestial objects (lead ball). A remarkable theory, GR explains nature and in fact all its phenomena in a macroscopic level.

However, the puzzle gets more interesting as Planck’s Quantum Theory enters, which perfectly resolves all the phenomenon taking place in microscopic particle-level physics.

Most of the people today who have taken physics courses, even just at the introductory level, have been taught to bow down to these two great pillars of modern physics. For anything that we can possibly imagine, and for probably every “how things work” question, one of relativity and quantum theory must be behind the scenes. Unfortunately, GR and QFT have been proven to be incompatible with each other. How to reconcile them in a better way and whether we will be forced to discard one and prefer another is not yet known.

There have also been other creative and promising theories.

First, String Theory describes a world in which point-like particles are really one-dimensional objects called “strings.” These strings are believed by some scientists to oscillate and dance in a way that gives particles important properties such as mass and charge.

Second, Casual Sets does not aim to be TOE directly, but its importance to QFT and the standard model of particle physics is considered to be a key for TOE. Its major principle is that space-time is not as continuous as we have imagined.

Meanwhile, there are also great mathematicians and physicists who do not support the existence of TOE at all. They cushion this reasonable criticism with strong arguments. For example, no physics theory is believed to be completely accurate. Instead, theories have been developed as models of certain natural behaviors that can always be improved upon and adjusted (consider Newton’s law and relativity).

Without a doubt, if TOE really exists, it will fail this test — its consistency guarantees that the “theory of everything” is at best a “theory of something.” It will not be compatible with Godel’s theorem because TOE will be both complete and consistent. Stephen Hawking is one supporter of this criticism.

The answer has, therefore, always been unknown. Despite devoting mountains of effort, still nobody can give a clear answer regarding the existence of TOE. What makes the search for TOE meaningful is more than just the fame it would bring. This thirst for TOE originates not only from a quest for a higher level of science, but also how human beings want to find a universal pattern governing our lives.

Who controls the four fundamental forces? What makes up the mind of God or the creator of everything? The key is in our hands.