Change up your repetitive winter look 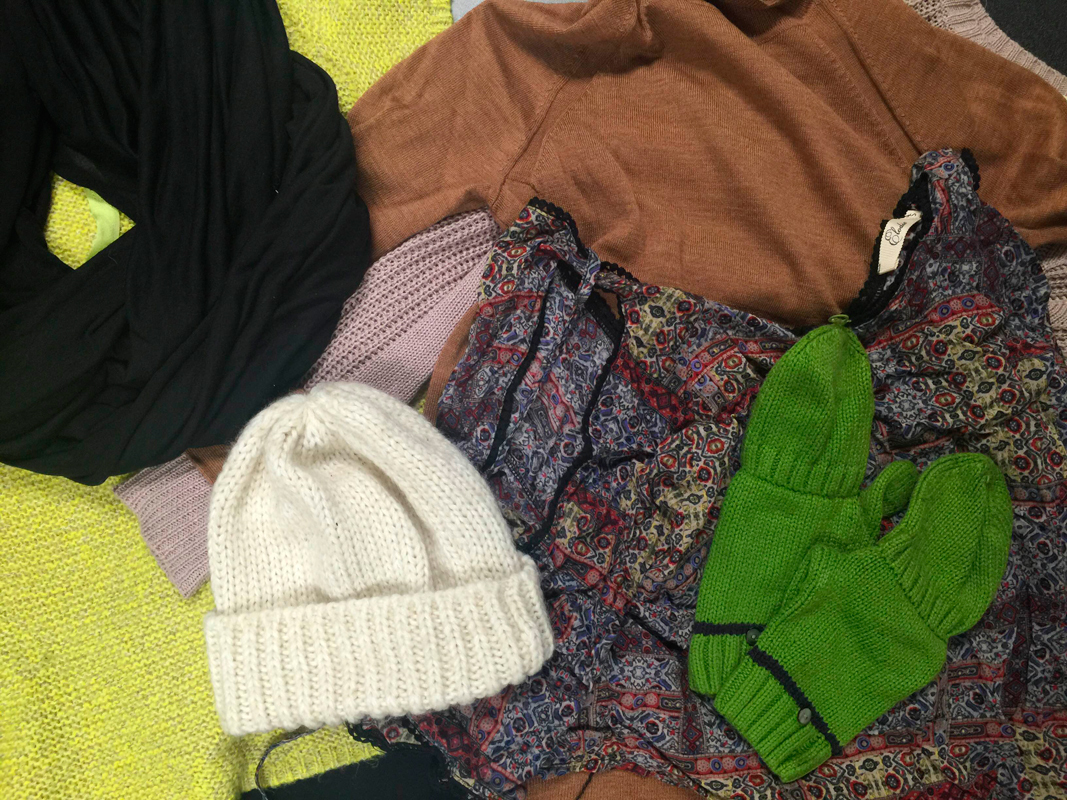 Comfort and warmth are hugely important during cold times, so accessories like hats and scarves can make a fun part of any outfit. (credit: Braden Kelner/Contributing Editor)

Tired of repeating the same outfits? It’s about that time of year again when you feel as if you’ve been wearing the same sweater every day with the same pair of black leggings, and this can get boring quickly. Though it might be the most comfortable option, there are other clothing items you can try out that are comfortable, but still unique and stylish. Here are a couple of fashion trends for the winter to help you through the season.

One style I’ve been seeing in stores and on campus — and this is quite unexpected, since it's generally considered unflattering — is the turtleneck or cowl-neck sweater. These types of sweaters are not commonly worn by people our age, but as of late they’ve grown in popularity. The turtleneck sweaters that have appeared in clothing stores are different from tighter, less appealing sweaters. These are instead larger and chunkier, and could make for an interesting look with some leggings and boots. They are also mostly available in neutral colors and earthy tones, which are flattering to most people. Not to mention, these sweaters will definitely allow you to be simultaneously stylish and comfortable.

Speaking of comfort, this season seems to be centered on that theme, with soft pullovers styled like sweatshirts. These tops look like basic sweatshirts, making them slightly more difficult to style since people wearing them run the risk of looking as though they are not put together. However, I think these look can nice with a pair of dark blue jeans and short black boots. Since these sweatshirts tend to be available only in dull colors, I would throw a scarf in a jewel tone or with an interesting pattern on top.

A style that I’ve been seeing in stores often is the cutout-shoulder look, which is exactly what it sounds like. Although this style has existed for quite a while now, it seems to have become even more popular lately. From sweaters to nice blouses, to even dresses, the cutout-shoulder look appears in several clothing items. This, like the turtleneck or cowl-neck sweater, is another way to take a simple outfit and make it unique. Instead of wearing the same plain old sweater that everyone else has in some type of variation, give the cutout-shoulder sweater a try in order to make a statement. These will look good with anything — jeans or leggings — depending on the length. In order to make the outfit look more feminine, I would put on a necklace to complete the look.

Stripes have seemingly been very trendy for the winter, as I’ve been seeing a lot of striped shirts and sweaters in stores. While this pattern never really goes out of style, I’ve been seeing it a lot more often than I’m used to. What makes the stripe pattern so great is that it’s so versatile, but it still makes you look as if you put some effort into your outfit. Due to their versatility, I don’t have much advice on how to style stripes, since they can usually be worn with anything. I do, however, recommend that if you’re going to be wearing stripes, don't wear the striped item of clothing with any other pattern, since mixing patterns doesn’t go well for anyone.

A trend that I’m still unsure about, though I’ve still been seeing it everywhere, is the cropped shirt style. I was used to seeing crop tops being worn over the summer, but something new to me was seeing cropped sweaters in stores. The idea of a cropped sweater seems unexpected, since cropping a sweater seems to defeat the purpose of a sweater. However, I think that pairing the cropped sweater with either high-waisted jeans or a high-waisted circle skirt and tights could make for a nice outfit. So if you think you’ve exhausted all your clothing options and are tired of the pieces in your closet, remember that just one of these statement pieces can create a new look for winter.