Israel is a worthy, stimulating destination 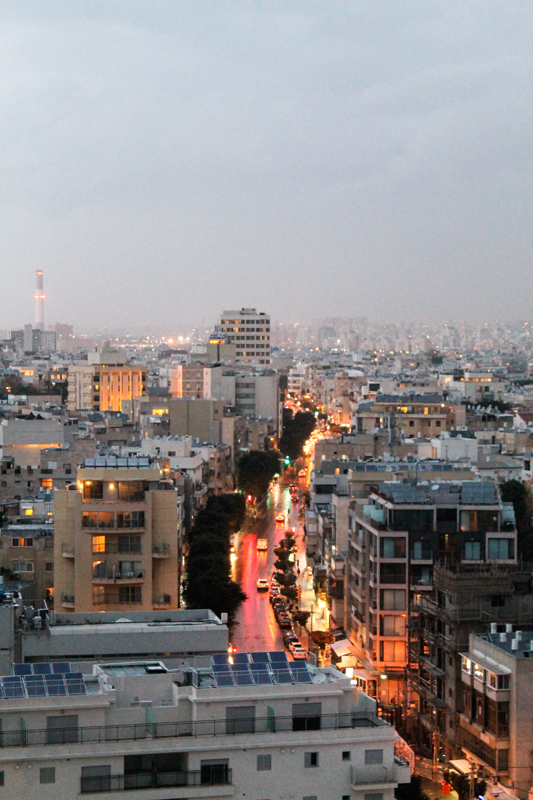 Every so often, going on a trip is exactly what you need. Voyaging to a new place opens your eyes to the potential that the world holds and reminds you to embrace adventure once again.

There was a moment over winter break when I was standing at the Western Wall in the Old City of Jerusalem. I was surrounded by people of all ages, religions, and nationalities. We were all together in one moment, and it didn't matter who was praying in what language, or if you were crying tears of joy or sorrow, or if you believed that there was someone receiving the prayer or not. There were differences, but they didn't divide us. They made us stronger.

It was a poignant, dazzling moment, and it was when I realized that my trip to Israel was going to be more than just a vacation.

I was lucky enough to spend ten incredible days in Israel as a part of The David Project's Israel Uncovered trip. The David Project is a young, fresh organization dedicated to taking campus leaders to discover their own Israel. There's no dodging issues or questions. There's no sugarcoating and no bias. It's just straight-up information: tours of historical sights, talks from important people, and time set aside for you to explore by yourself so that you can draw the best, most comprehensive, informed opinion possible.

In the days preceding the trip, I struggled with how to prepare. Friends that had been on the trip previously told me that I was in for the trip of a lifetime. How do you get ready to experience a once-in-a-lifetime experience? Can you? I settled for simply skimming a few Wikipedia articles and Facebook stalking the other thirty students who were going to be on the trip. The more I read, the more I realized that there was no hope for me to learn all of the necessary information in one week's time. I was just going to have to go for it.

The trip itself was the most exhausting ten days I've experienced in my life, and I have never enjoyed anything more. From the moment we woke up in the morning until we finally stumbled to bed at 3 or 4 a.m., we were talking, learning, seeing, doing, experiencing, surprising, eating, drinking, hating, loving. There was so much packed into every hour that it felt like every day was a year and a half. There's no possible way to write about everything that happened or even all of the things we saw and felt: There's simply too much.

From the modern, pulsing clubs that dot the city of Tel Aviv to the silent snowfall that blanketed the Holy City, every stop along the way was fraught with complexity and significance. There was never a place where I felt nothing.

When we arrived in Tel Aviv, the sky was overcast and small raindrops were cautiously peppering the sidewalks and cars. I felt like I hadn't even left Pittsburgh, until we started driving through the city to get to our hotel, which was a block away from the Mediterranean Sea. There were no more than a few cars driving around, and everything seemed quiet, as if life was on hold. It was early afternoon on Friday, and Shabbat, the Jewish day of rest, was beginning. We held our own traditional Shabbat service to welcome the Sabbath, as many families do not only in Israel, but across the world. From Friday night to Saturday evening, no work is done. Cars stay silent, businesses close, and the street are silent. But in Tel Aviv, which is generally acknowledged as Jerusalem's hip, younger sibling of a city, Shabbat isn't as strict. Sure, people still stay in and have a family dinner, but then they go out afterwards and celebrate in one of the millions of bars that peppers the streets of the bouncing city. We joined them the first night, fighting jet lag and a language barrier to start the nightlife off strong.

I ended up at a small bratwurst/beer shop with a few of the students on the trip, sipping our drinks as we watched the city stroll by. The rain had (mostly) cleared by then, so we decided to meander down to the beach to dip our toes into a new ocean. It wasn't until I looked up at the full moon above the crashing waves of the Mediterranean that it hit me: I was in Israel. I was halfway around the world, and I was about to have the adventure of a lifetime. I wasn't quite sure how to process all of that, so I pushed it to the back of my mind and jumped in the ocean. In case you were wondering, jeans do not take salt water well.

The next leg of the trip took us to a kibbutz in Northern Israel on the Sea of Galilee. I was expecting the North to be a lull between Tel Aviv and Jerusalem, but I couldn't have been more wrong. Walking out into the beautiful mountains was like taking a trip to Narnia. Everything was green and lush and beautifully ancient. We saw temples that have been around for longer than most modern civilizations. We saw abandoned mine fields that overlooked Syria and watched a rainbow peek out from behind the clouds. There were cows laying the middle of the road, and it was as if no other human had ever stepped upon the grass but for the ones who had laid the mines.

It seemed impossible that there wasn't peace in such a beautiful, quiet place. It was chilling to realize that the world was such a scary, fragile place, but then I looked around me at all of the people I was with and everyone I have the privilege of going to school with here at Carnegie Mellon, and I felt safer.

Next, we ascended into Jerusalem. As we were driving to Jerusalem, I saw little houses that looked just as old as the temples and columns of the Old City. It got me thinking how even though we were visiting all of the historical landmarks that are well known, there are little places around the world that contain so much history and significance that we might not know about today. It was overwhelming to consider how sacred and important nearly every street and house could be.

The second day that we were there, Jerusalem got nearly four inches of snow, one of the largest snowfalls in recent history there. The next morning was our tour of the historical, holy sights in the city. To see them covered in snow was a breathtaking experience. I thought that the snow would be an inconvenience, but instead I was greeted with the purest beauty I have ever seen. I could barely look away from the gleaming sun reflecting off of the snow to concentrate on internalizing the day's itinerary. It was perfect.

All in all, my trip to Israel was a whirlwind of people, amazing sights, incredible food, and once-in-a-lifetime experiences. It's impossible to sum up in one conversation, let alone one article. I can't point out my favorite thing that we saw or the most powerful experience I had there. I can only say that I wouldn't trade it for the world, and that if you ever have the chance to see the Holy Land in person, to miss it would be a tragedy.