Death From Above 1979 returns 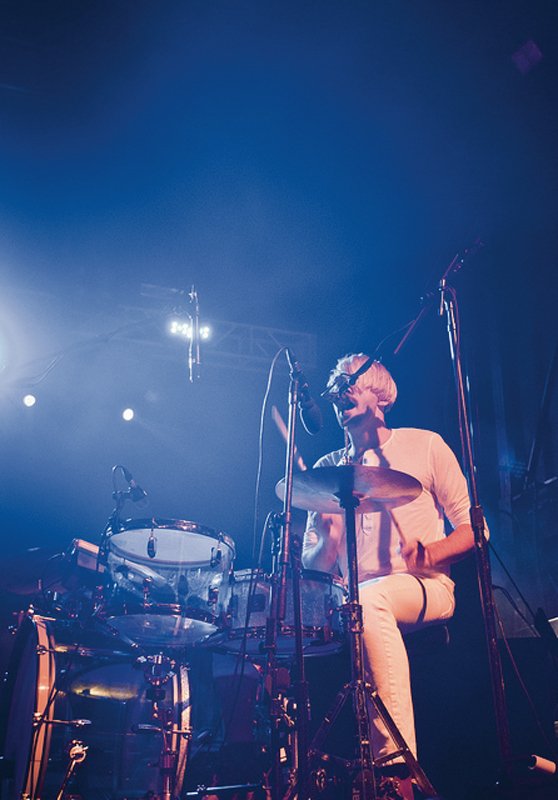 Dance-punk duo Death from Above 1979 released their long-awaited sophomore effort, The Physical World, for free streaming on iTunes last Tuesday — a full week before its Sept. 9 release — and it’s the perfect soundtrack for punching holes in your wall, a night of sweaty debauchery, cutting lanes while speeding down a highway during a torrential downpour, or all three together. In short: it’s exactly what fans want and expect from Death from Above (DFA) 1979.

10 years ago, DFA 1979 released their debut album You’re a Woman, I’m a Machine and promptly kicked the entire music world right in the gonads. The record explodes into your eardrums with Jesse Keeler’s blistering-yet-groovy and heavily distorted bass riffs and Sebastien Grainger’s crashing drums and howling voice. The duo gave a million teenage bands inspiration to start making noise in the basement and had the whole industry wondering what would come next.

But then, in 2006, Keeler posted on the band’s website that DFA 1979 was no more, and the two musicians explored other projects — Keeler is one half of electronic duo MSTRKRFT, and Grainger released a solo album, amongst other collaborations.

Now, after a surprise announcement over the summer that came tied with the release of the first single, “Trainwreck 1979,” Physical World is finally here, and it appears that those 10 years didn’t go to waste.

Grangier sings on “Right On, Frankenstein” that nothing’s new and it’s just the same old song with a different tune, but on Physical World DFA 1979 pushes their tried-and-true sound into new territory, and the result is an album that has the same sexy, dirty grit fans initially fell in love with but is more musically complex.

The riffs are more diverse and intricate this time around; the rhythms twist and turn; the tempos change on a dime — everything that was lacking in You’re A Woman, I’m A Machine is here on Physical World.

The album opens with the grooving “Cheap Talk” before diving straight into the ferocious “Right On, Frankenstein,” a roller-coaster ride that ends in a spiraling bass coda.

“Virgins” is a filthy stomp across innocence, with snarling lines like, “there’s nothing sacred to me/I lost it in the backseat.”

“White Is Red,” about a feuding and murderous couple, explores narrative storytelling in the lyrics, and is another example of new territories toward which the duo have pushed themselves.

The album begins to lose steam near the finish line — “Gemini” feels a bit like a rehash of previous album elements, and is one of the few instances of DFA 1979 falling back into their old bad habits on Physical World.

Concerning the reason for the new album, Grainger told music magazine NME that “No matter what Jesse and I do, on whatever scale of success it’s sat on, there’s always some kind of reference to Death from Above … So we’re putting out a Death from Above record and if the press is like, ‘It’s not what we expected,’ or however they react to it, it’s like ‘Well, you’ve been f***ing asking for it.”

It certainly isn’t what I expected, because the general rule of thumb for a new album after a 10-year hiatus is that it’s an embarrassing attempt to recapture a creative spark that likely died a long time ago. Instead, DFA 1979 returned in full form with new ideas to expand their sound. Instead of sounding like an aged copy of You’re A Woman, I’m A Machine, Physical World sounds like it’s 2006 and they never even left.