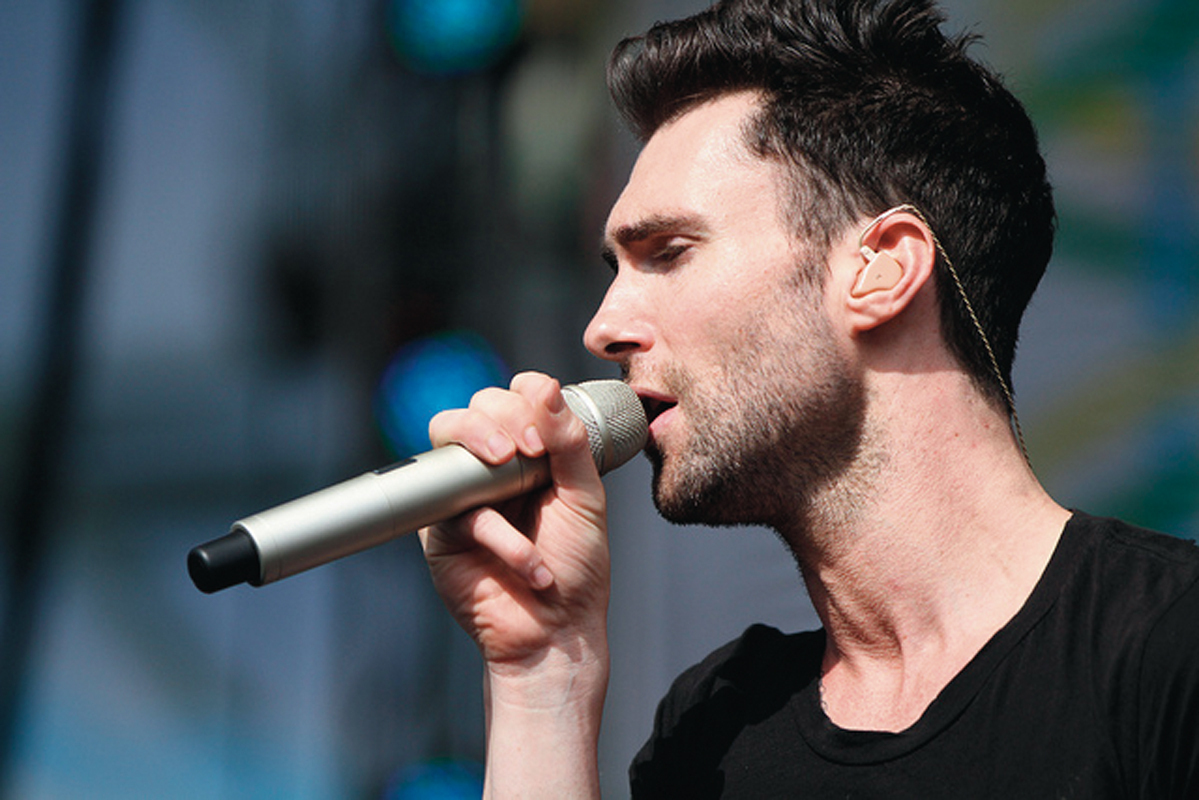 Adam Levine, lead singer of Maroon 5, is probably more well known for his looks, but truly has a voice to kill for. (credit: Courtesy of Andy via Flickr)

Two years after the release of Overexposed, Maroon 5 debuted their fifth album, V, on Tuesday. Since the band’s first album, Songs About Jane, came out in 2002, the band has adopted an increasingly poppy sound, and V certainly follows that trend.

Before the review of this CD, let’s get a few things out in the open. Full disclosure, I am a huge fan of Maroon 5, so is this review biased? Maybe. Consider it an expert opinion.

There is something to be said for a band that has been popular for 12 years, and still averages 3.75 hit singles on each album (actual calculation) and can diversify their sound enough to keep their music interesting and relevant. Say what you will about Maroon 5 betraying their true roots. If four out of their five albums do not sound like Songs About Jane, then maybe the original album wasn’t actually their “true sound.” Whatever you think about the band and how it has evolved, I recommend listening to V with an open mind.

With that said, let’s move onto the review.

Maroon 5 has always been able to promise upbeat, funky melodies that stick in your head for days and this album does not disappoint. “Sugar,” “Feelings,” and “It Was Always You” carry on this tradition, as well as singles you’ve probably already heard on the radio over the summer: “Maps,” and “Animals.” A techno/pop vibe reminiscent of disco music makes fresh the signature high-pitched threads throughout the songs that lead singer Adam Levine is famous for. These songs will have you at least tapping your foot, if not dancing around your dorm room.

V also carries on the Maroon 5 tradition of heartfelt lyrics about love and all of its ups and downs. “Animals” and “Sugar” are upbeat songs celebrating a relationship that is going well, whereas “Unkiss Me” and “Leaving California” lament the end of a love affair. One of Maroon 5’s greatest qualities is writing relatable songs. No matter your current mood, if you have ever experienced romantic feelings for another human being, chances are you can relate to at least one of the songs on V.

Though it adheres to many of Maroon 5’s traditions, V does deviate in the writing process. The band collaborated with many other artists on the development and production of these songs, including such familiar names as Ryan Tedder, Gwen Stefani, Sia, and Nate Ruess, though Stefani is the only one whose voice is heard on the album. The input of this array of artists helped contribute to the eclectic sound of V. Those familiar with these artists will recognize their influence. For example, Nate Ruess of Fun. collaborated with the band in the writing of “Leaving California,” and the song does sound like the lovechild of Maroon 5 and Fun.

Even with other artists helping out on V, Levine still put his touch on every song. Say what you will about him or the band in general; the lead singer/guitarist helped write every single song on each of their albums, and V is no exception.

If you don’t listen to the entire album all the way through, here are the highlights of V listed in chronological order as they appear on the tracklist:

This song has a great beat, steamy lyrics, and classic Maroon 5 sexual metaphors. Blast it when you’re working out to get you motivated or play it when you’re with your significant other to set the mood. Either way, if you have any affinity for fun, upbeat songs, this one is a must listen.

In a much different tone than “Animals,” this song tells a story about a love lost. Soulful vocals, smooth melodies, and a sweet message make this song a go-to for anyone going through a breakup, or someone who just enjoys listening to sincerely written love songs. It is no “She Will Be Loved,” but it has similar emotions behind it.

Starting out with funky guitar picks and a long, howling vocal brings listeners back a few decades and immediately gets toes tapping. Adam begs an elusive lover to leave her boyfriend and be with him, and you almost want her to stay so that he keeps singing. Anybody looking for a good dance beat, this is your song.

This song is only on the deluxe version of the CD, but definitely worth a listen. A moving beat and restless drums add to the anxious tone of the song, in which Adam begs a woman for mercy. Complete with the high-pitched trills typical of Maroon 5 songs and a tone that makes the listener feel as if they are listening to an action movie, this is a unique and interesting song that showcases the band’s storytelling abilities. Don’t let the extra cost of the deluxe edition deter you from this.

Overall, V does not disappoint. It has all the characteristics of a classic Maroon 5 CD, but with a fun, retro twist on the melodies. The collaborations paid off in a diverse mix of songs that somehow all fit into a coherent whole. Forget about your preconceived feelings toward Maroon 5 for a minute and listen to this CD with an open mind. Fans of the album will be happy to know that the band also announced tour dates, and Maroon 5 will be coming to Pittsburgh at the CONSOL Energy Center on March 13.