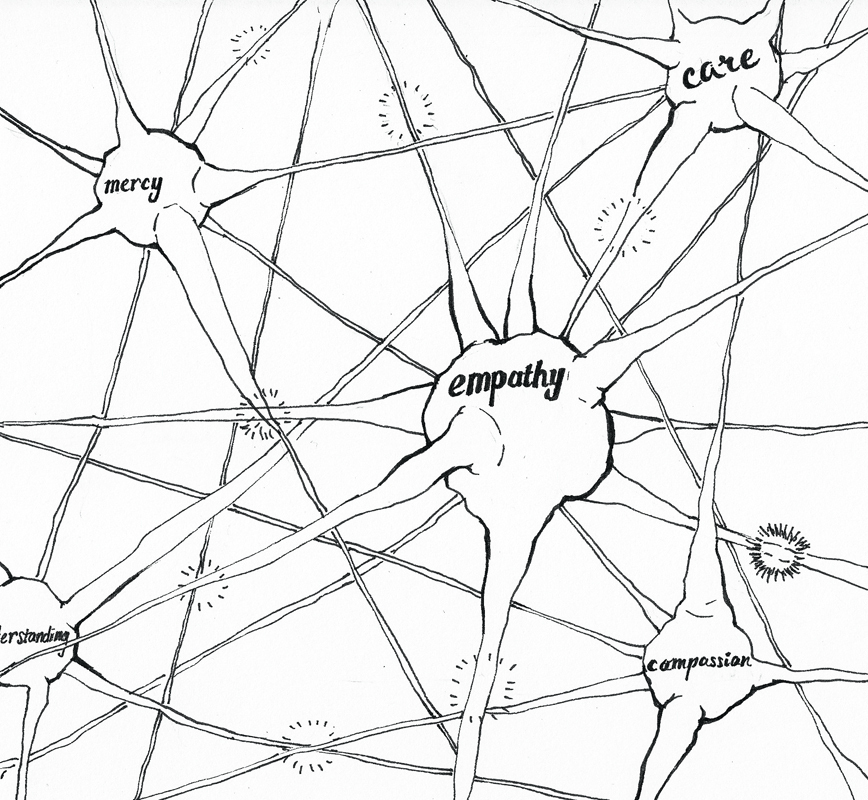 Like everything in our universe, humans are fundamentally a collection of molecules interacting with each other. Unlike anything else in our universe, however, humans share a unique ability to fully experience the world around them, largely because of our neurological complexity.

Beyond our individual experiences, we also have the capacity to understand the experiences of those around us, an ability commonly known as empathy.

Imagine that one day your friend forgets to bring a jacket, and that it’s unexpectedly cold outside. Seeing their shivering can invoke an emotion of empathy in which you feel bad for them. However, this reaction can be largely influenced by many factors.

For example, if you brought a large jacket and are feeling comfortable, you may not empathize with your friend as much as someone who brought a small jacket and is also feeling cold.

Scientists are continuously trying to understand the complexity of neurological functions. The past few years have seen some remarkable advancements in our understanding of empathy and the areas of the brain that are involved.

To do so, scientists conduct experiments that mimic real-world situations that we face everyday that can invoke emotions and feelings. They then observe the effect of the emotion on an individual and, in this case, on the individuals around them.

A recent study published in The Journal of Neuroscience in October 2013 by researchers at the Max Planck Institute for Human Cognitive and Brain Sciences identified that the right supramarginal gyrus is involved in one’s ability for empathy. They explained that this region of the brain is responsible for distinguishing our emotional state from others and producing empathy.

Without a properly functioning supramarginal gyrus, it can become extremely difficult to put oneself into somebody else’s shoes. To test this, researchers conducted an experiment in which they showed one participant a picture of something gross and had them touch something slimy while another participant was shown a picture of something cute and touched something furry. Distorted by their own comforting emotion, the second participant assessed their partner’s negative experience less severely.

Another important aspect of learning about neurological functions is understanding psychopathy, a personality disorder that is characterized by a lack of empathy. A recent study published by researchers at the University of Chicago explored the areas of the brain that are more active in psychopaths.

They concluded that, based on the activated regions, psychopaths are sensitive to the thought of pain but cannot feel others’ pain. Instead, when imagining others in pain, they show an increased activity in their ventral striatum, which is known to be involved in pleasure.

By understanding the neurological basis for empathy, better interventions can be constructed to treat patients who suffer from psychopathy. Studies have shown that almost a quarter of prison populations are psychopathic, compared to only one percent of the general population. Improved treatments and understanding could help bring down crime and violence.

Our understanding of the brain and its functions are very primitive, but much has been learned about the unique complexity that allows our brain to experience our own lives as well as the lives of those around us.