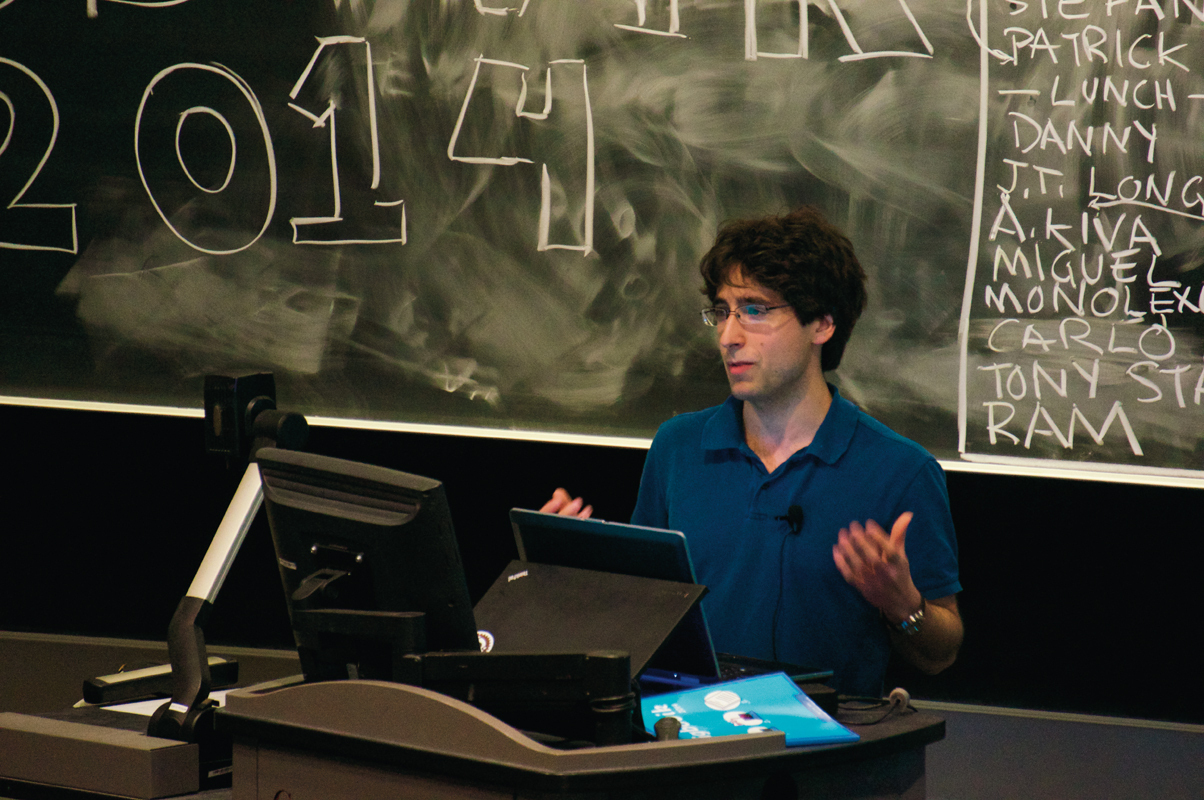 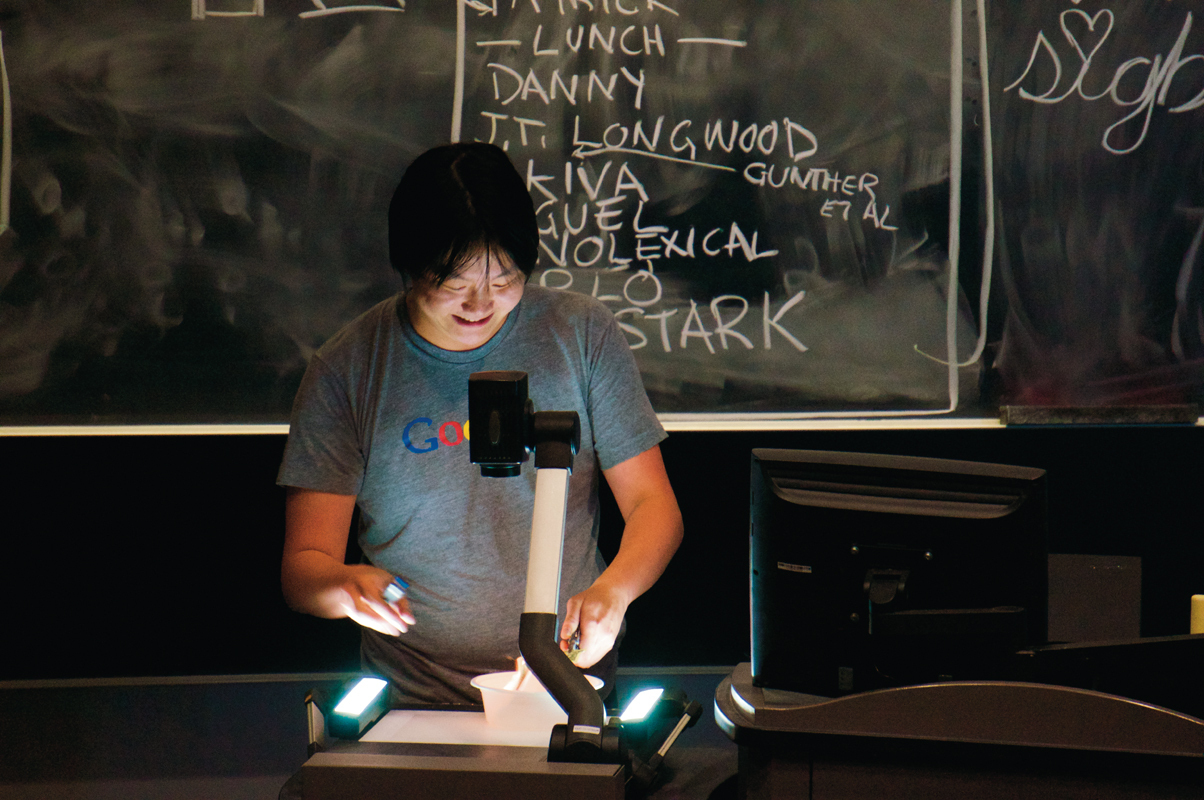 Last Tuesday, on April Fool’s Day, the Association of Computational Heresy (ACH) held its eighth annual SIGBOVIK conference, a tongue-in-cheek, computer-science-themed conference, in a packed Rashid Auditorium. The conference showcased papers about fake, though humorous, research in computer science submitted by students and faculty. In the words of one of the presenters, “This is a really good year for attendance! I think this might be the first year that we announced the food.”

Emcee Tom Murphy VII (SCS ‘07), began by welcoming the audience to “SIGBOVIK 1,000” — a play on the fact that the number eight is 1,000 in binary. He then showcased a web application, “SIGBOVIK plays Twitch plays Pokémon plays SIGBOVIK,” where the audience members could press keys to change the posture of a stick figure on the screen, in a manner similar to Twitch plays Pokémon, a crowdsourced social experiment in which Pokémon is played via the video-streaming website Twitch by parsing commands from users worldwide. Murphy stipulated that the SIGBOVIK presenters must maintain the same stance as the stick figure on the screen at all times while presenting, which was how the contraption in turn “played SIGBOVIK”. Murphy then called on the first speaker, Jim McCann (SCS ‘10), who now creates video games on his own website, TCHOW (The Chicken’s House of Wacky).

McCann introduced himself as associated with TCHOW LLC, and began with a 30-second description of his latest game, TCHOW Rainbow. He went on to discuss cryptographically-sound jokes and optimality of jokes, but kept returning to this introduction and 30-second plug after every few slides, adding to the hilarity of the presentation. One of the funniest parts of his presentation was the following cryptographically-sound joke, that was also published in the conference proceedings:

This huge string is actually SHA (‘rk’), where SHA, or Secure Hash Algorithm, is a hash function commonly used in cryptography. McCann also discussed the structure of a joke, proposing that a joke was composed of a “set up” and a “punch line” and depicted this structure using a logical system. He also gave various examples of optimal jokes, including “knock-knock” and “reverse knock-knock” jokes.

Patrick Xia, a Ph.D. student in computer science, presented DollarCoin, a new cryptocurrency, as an alternative to Bitcoin. DollarCoin is mined, or generated, by burning a $1 bill, while taking a video of the burning process in a specified manner. In his paper, Xia proves that burning the bill in this specified manner ensures that the currency cannot be forged or double spent. The highlight of Xia’s presentation was a demonstration of this process of generating a DollarCoin, taking a dollar bill out of his pocket and lighting it on fire.

Stefan Muller, a second-year Ph.D. student in computer science, demonstrated a new and better web browser. Muller believes that standard browsers are inefficient pieces of software because they use a lot of memory, display advertisements, and are prone to security vulnerabilities. He declared that the root of the problem was the features in the web browser, because “every time you add a new feature to a browser, you’re slowing your browser down, hogging more CPU resources and potentially you’re introducing bugs into the software.” Muller’s solution is Aluminum, the world’s fastest and most secure browser, with no extra features beyond the necessary functions of a web browser.

Muller displayed his own website using the browser and it turned out to be just plain text, not the nicely-rendered pages that we usually see on a browser. According to Muller, rendering a website is a “feature,” hence not part of this minimalist browser. He then went on to show how chunks of the website could be viewed on his phone, using text messages. This demonstration led to a great deal of amusement among the audience, due to the fact that all the chunks of his website didn’t actually show up via text message, and even if they had, it didn’t look like they were sent in a particular order.

This humor-filled conference contained several opportunities for laughter. For more laughs, the conference proceedings can be found at http://sigbovik.org/2014/proceedings.pdf.