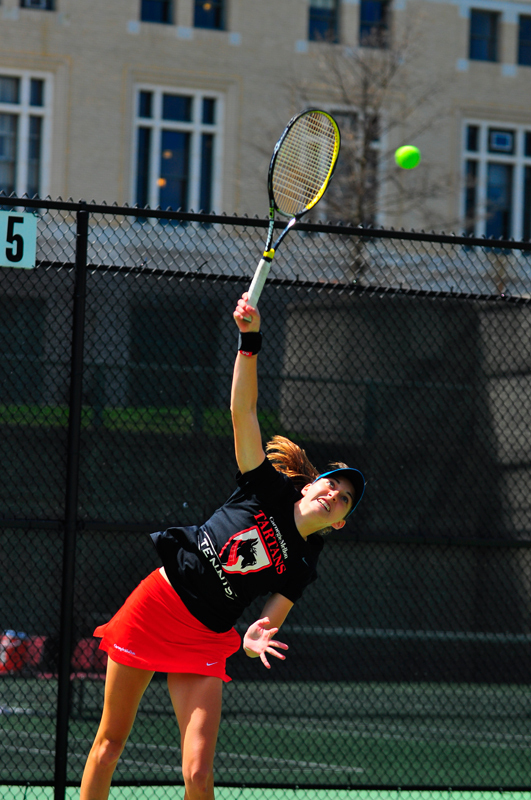 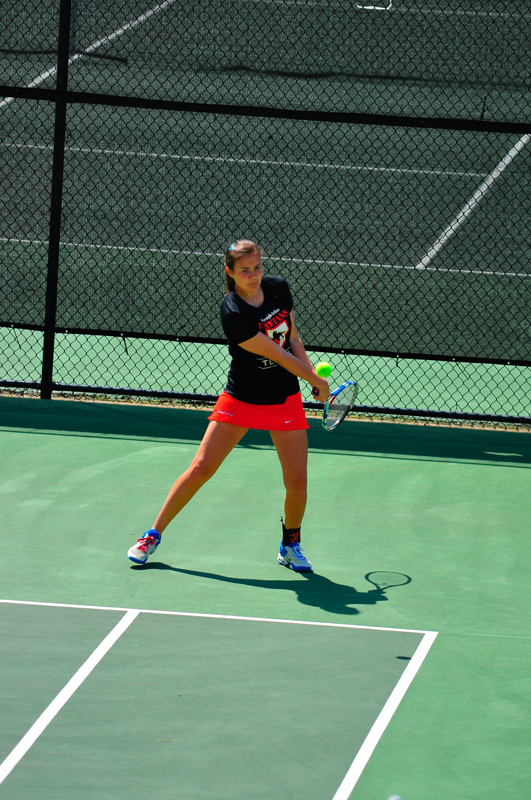 The Carnegie Mellon men’s and women’s tennis teams combined for a perfect weekend, going 3–0. As of last week, both teams are ranked top 10 in the nation, with women sitting at eighth and the men at ninth, although both candidates are likely to move up after strong showings.

The women had two games this weekend, with the first coming Friday against Division I opponent Duquesne University.

The Tartans had a 2–1 lead after doubles competition, with first-year Vanessa Pavia and junior Bryn Raschke taking their match 8–4 and senior Katie Cecil, along with sophomore Brooke Tsu, fighting back from an early deficit to claim a 9–7 victory.

The Tartans really pulled away in the singles matches, taking five of six to secure the 7–2 victory.

Cecil led the impressive showing by the Tartans, as she swept her opponent in straight sets 6–0, 6–0. Pavia and fellow first-year Nicholle Torres each won 6–2, 6–4.

Junior Angela Pratt had the toughest road to victory, dropping the first set 1–6 before battling back for the win, finishing off 6–4, 10–1.

On Saturday, both teams took on Kenyon College at home. The women’s team continued their domination of the competition, winning 9–0 and never dropping a set or even going to tie break. The three doubles pairs took Kenyon with ease, with Torres and Pratt, along with Cecil and junior Lydia Utkin, both winning 8–2.

Raschke and Pavia struggled a touch more, but their 8–3 match was still never close.

In singles, it was more of the same, with only two of the 12 sets seeing a Kenyon player get three or more points. From start to finish, the Tartans outplayed the competition.

For the men, the competition was a bit more of a challenge, as Kenyon’s men’s team is ranked 11th in the nation.

That being said, the Tartans still cruised to an easy 7–2 victory. The men took the familiar 2–1 lead, coming out of doubles play with juniors Christian Heaney-Secord and Will Duncan winning 8–6, and sophomore Yuvraj Kumar and first-year Kenny Zheng cruising to an 8–5 victory.

In singles play, the men pulled away, using five singles victories to seal the win. Zheng was one of four Tartans to win in straight sets as he drubbed his opponent 6–1, 6–0.

Sophomore Abhishek Alla was at the other end of the spectrum, as his first set turned into a marathon before he pulled it out 7–6 (13–11) before clinching the victory with a 6–4 second set.
Both teams will travel to Orlando this week to take place in the University Athletic Association championships.