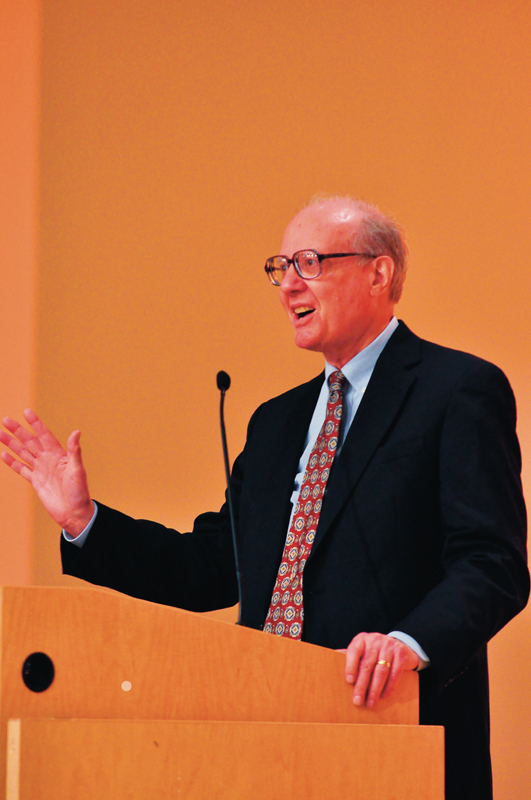 Moore is founding director of Google’s engineering office in Pittsburgh, which has strong ties with the university.

“Ever since college I have been inspired by the world-changing ideas and technologies that come out of CMU. I’m privileged to return to the School of Computer Science in this new role,” Moore said in a university press release, adding, “I have had a wonderful eight years at Google Pittsburgh, a place which I believe has the most creative and driven gang of computer scientists in the world.”

In the press release, University President Subra Suresh said, “Andrew Moore combines an expansive vision, scientific expertise, and leadership strength that make him extraordinarily well suited to be dean of the School of Computer Science.... As computing grows ever more critical to our global society, the scope of SCS and its importance to the world will continue to expand and its impact on the human condition will be more evident. Andrew is particularly well-positioned to lead the school at this time.”

Kamlet joined Carnegie Mellon’s faculty in 1976 as a professor of economics and public policy. He went on to serve as the head of the Social and Decision Sciences Department and associate dean of the College of Humanities and Social Sciences (now Dietrich College). Kamlet also served as dean of the H. John Heinz III School of Public Policy and Management for eight years before being appointed provost.

Kamlet was appointed as university provost in 2000, and was named senior vice president when he was reappointed as provost in 2005. When former University President Jared Cohon announced that Kamlet was becoming executive vice president, as well as accepting a second five-year term as provost, he said, “In our administration, the provost plays a central and especially important role in both day-to-day operations and long-term strategy. Mark has been nothing short of brilliant in filling this role. His reappointment is a great thing for the university.”

Kamlet’s academic research has largely focused on health care economics, and he has sat on the Board on Health Promotion and Disease Prevention of the Institute of Medicine.

When he announced Kamlet’s departure, University President Subra Suresh wrote that Kamlet, “has been a consummate university citizen in taking on numerous assignments in addition to his primary role as the chief academic officer,” adding, “I am enormously grateful to him for agreeing to extend his long and devoted service to the university during the past year in order to ensure a smooth transition of leadership during my first year as president.”

Kamlet plans to take a sabbatical after his departure and then return to the university as a faculty member.

Regarding finding a long-term replacement for these positions, Suresh said in his announcement, “I will be developing the plans for a national search to identify academic leaders as we examine the roles and responsibilities of the provost and executive vice president. As is common practice during leadership transitions, we will also have an opportunity to assess the evolution of the university over the past decade or more in light of the current opportunities and challenges faced by the global CMU community. We will also evaluate various internal and external factors influencing the university and higher education.”

Nathan Urban, the Dr. Frederick A. Schwertz distinguished professor of life sciences, and head of the department of biological sciences, will serve as interim provost. According to Carnegie Mellon’s website, the provost is “the chief academic officer of the institution” whose job is to be “committed to advancing the university’s academic agenda and works closely with deans and department heads, research centers and institutes to ensure the university is implementing programs that foster the academic vision and mission of the organization.”

Urban joined the university as a faculty member in 2002 and, in 2005, was named one of the top 50 leaders in science and technology by Scientific American.

Urban said via email, “It is a great honor to be selected by President Suresh for this position. The rise in CMU’s reputation in research and education has been one of the great success stories in higher education in the last few decades. This rise has been achieved largely because of the incredible energy and creativity of CMU’s faculty and students.” He continued, “As the landscape of higher education in the US and across the globe changes, I hope that even in this interim role, I can contribute to creating the conditions that allow CMU’s faculty and students to achieve even more in the years to come.”

Lehoczky has served as head of the statistics department and helped lead the Dietrich College’s Humanities Initiative. He is also a member and fellow of numerous mathematics and statistics associations.

Lehoczky said he was “stunned” when he learned of his appointment to the position and was happy to be “joining a team that’s trying to lead the university.” Lehoczky aims to work with Carnegie Mellon’s leadership during his time in this position to “keep the university on the meteoric path it’s on.”

Lehoczky also spoke well of Kamlet, saying, “I would want the campus to know how outstanding Mark Kamlet was in these roles,” adding, “he’s been an outstanding force in the development of this university.”