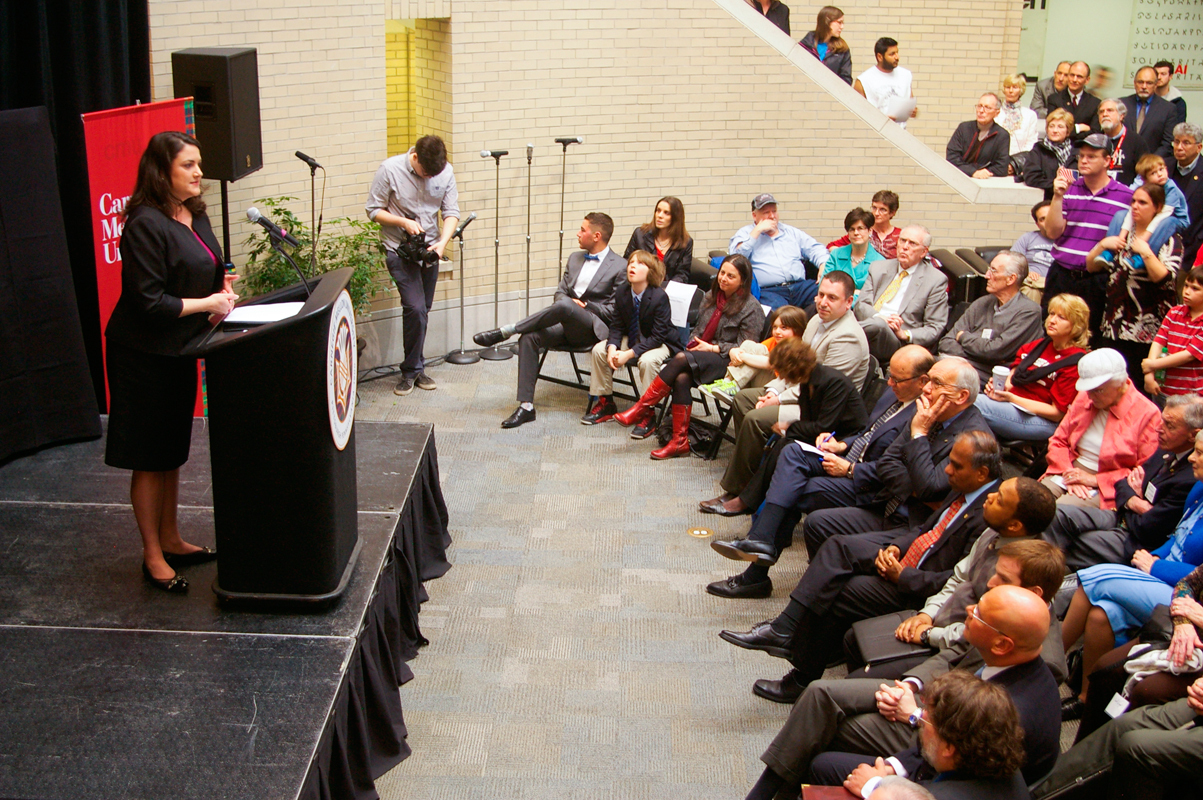 The university celebrated the University Center’s renaming with a ceremony in Kirr Commons with speakers such as Dean of Student Affairs Gina Casalegno. (credit: Greg Hanneman/Senior Staffwriter) 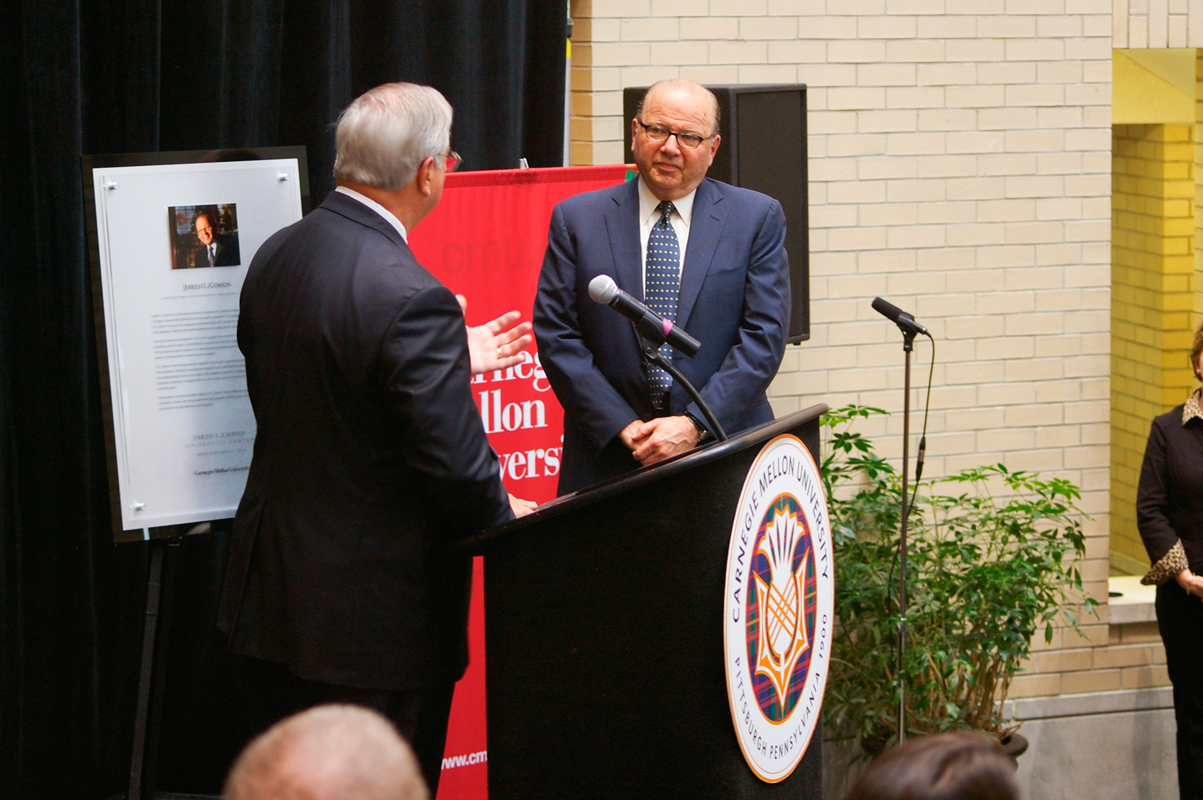 The university celebrated the University Center’s renaming with a ceremony in Kirr Commons with speakers such as Jared L. Cohon. (credit: Greg Hanneman/Senior Staffwriter)

Carnegie Mellon University held the naming ceremony for the Jared L. Cohon University Center midday Friday in Kirr Commons of the University Center. The event was well-attended, with faculty, administrators, staff, and students standing to watch the ceremony.

Dean of Student Affairs Gina Casalegno then took the stage, announcing “I couldn’t be more pleased to join in this celebration of Jared L. Cohon,” continuing, “I am so grateful that my first three years of deanship were under [Cohon]’s leadership.”

Casalegno called the University Center “a hub for student engagement” and “a place for our diverse community to gather and learn about self, each other, the world around us, and to gain new perspectives.” Casalegno explained how, during Cohon’s tenure as university President, the number of student organizations doubled from 140 to 280. She referred to the University Center as a place where students can “take refuge” from their stresses, often at the black chairs, which was the location for this event.

Vice Chairman of the Board of Trustees James Rohr took the stage to share a story regarding the search for university president that resulted in Cohon’s selection. He joked that the university “needed to have a unique person as its leader, so it made sense to find a dean of forestry.” Rohr continued, explaining that Carnegie Mellon’s strengths in both the arts and sciences meant it needed a president who could address both these aspects of education.

University Provost and Executive Vice President Mark Kamlet spoke of the study done under former university President Richard Cyert for a committee on student life, which concluded that the state of student life was “rather devastating.”

It was this committee that spearheaded the construction of the University Center, which University Center administrator Stanley Krowitz said plays an extremely important role for the campus community. Krowitz concluded, “this will truly be everyone’s home away from home on campus.”

“This is kind of overwhelming,” Cohon said when he took the microphone, giving thanks for an “unbelievable honor.”

Cohon thanked the staff of the University Center, saying “thank you for letting me put my name on your building.”

“I can’t thank you enough for this incredible honor,” he concluded.