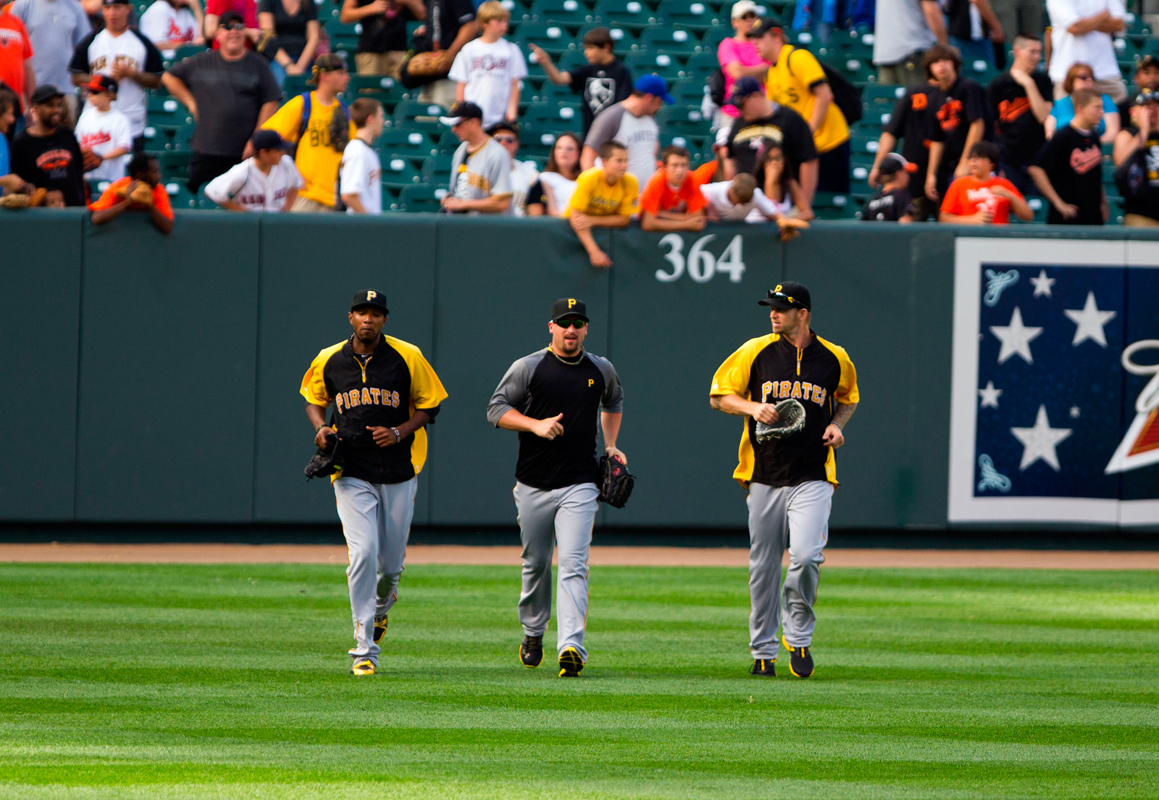 Opening Day is one of the most iconic days in sports. America’s pastime marks the true beginning of spring and signals that summer is just around the corner. Baseball’s faithful are so passionate that several Hall of Famers petitioned Congress earlier this year to make Opening Day a national holiday. While history is certainly a huge part of baseball, Pittsburgh has more immediate reasons to be excited when the Pirates open their season on Monday. This season marks the first time in over 20 years that the Pirates have opened the season coming off a winning season and a playoff berth.
Obviously the Pirates want to meet and surpass the success they had last season, but they are still in the tough NL Central. Below, I recap the offseason moves made by each team in the division in the order that I predict they are going to finish come September.

St. Louis Cardinals
Given their immaculate propensity for constantly reloading their roster from their minor league system, it’s impossible to pick against the Cardinals, especially with them coming off a World Series loss to the Boston Red Sox. With the massive contributions given by 2013 rookies Shelby Miller, Michael Wacha, Trevor Rosenthal, Carlos Martinez and Matt Adams, the Cardinals did not have many holes they needed to fill in free agency.
Their one spot of weakness was at shortstop, where Pete Kozma was a defense specialist, but a black hole in the lineup. Their signing of former Detroit Tiger Jhonny Peralta hurts them a bit on defense, but turns the shortstop position from a weakness to a strength from a batting perspective.
The Cardinals also did a bit of player shuffling in hopes of shoring up their defense in the outfield. Future Hall of Fame outfielder Carlos Beltrán left but was easily replaced by top prospect Oscar Tavares.
Tavares is a significant defensive upgrade given his youth and speed, but he won’t be able to fill Beltran’s role in the lineup. The biggest shift was a trade with the Los Angeles Angels of Anaheim, which sent third baseman David Freese to the West Coast in exchange for outfielder Peter Bourjos.
The trade allowed former second baseman Matt Carpenter to shift to his natural position and speedster Kolten Wong to join the major league lineup. Bourjos also adds to the defensive-minded overhaul of the outfield.

Pittsburgh Pirates
Last year’s playoff team was a strange combination of emerging youth and wily veterans that caught fire and made Pittsburgh care about baseball again. With the notable exception of ace A.J. Burnett, the Pirates are returning a near identical team to last year.
Their biggest additions will likely come midseason when their top prospects, pitcher Jameson Taillon and outfielder Gregory Polanco, are both expected to make their major league debuts.
The biggest worry for the Pirates has to be their lineup, with traditional hard-hitting positions — first base and corner outfielder — both remaining awkward time shares between mediocre talents.
Pittsburgh must be hoping the continuing development of outfielder Starling Marte and third baseman Pedro Álvarez boosts the lineup or center fielder Andrew McCutchen matches or surpasses his MVP season from last year.
Otherwise, the bullpen better be up to the task of holding on in close games like they did through the stretch last year.

Cincinnati Reds
The Reds did not look good coming out of off-season. They lost two major pieces of their team with leadoff man Shin-Soo Choo signing with the Texas Rangers and former ace Bronson Arroyo moving to the Arizona Diamondbacks.
Cincinnati is trying the fill the holes from within, with Tony Cingrani trying to replace Arroyo as the rotation work horse, and Billy Hamilton likely taking over the center field and leadoff spots. Hamilton is far and away the fastest player in the league, but that speed is only useful if he is able to get on base.
The biggest positive for the Reds was the major statistical hit their core took last year, with several major contributors well off their career
averages.
Assuming these players regress to the norm and ace Johnny Cueto comes back healthy, the Reds will be in good shape, but it’s hard to tell if last year was an off-year or the start of the decline for many of the veteran core players and pitchers, who rarely become less injury-prone as time passes.
If everything clicks, the Reds could easily challenge for the division, but they could just as easily fall out of contention by August.

Milwaukee Brewers
The Brewers have added two major pieces that have the potential to be their former all-star selves or complete busts. Pitcher Matt Garza was signed after an off-year split between the Chicago Cubs and Rangers. It wasn’t that long ago that Garza was a perennial Cy Young candidate, but the last two years have been plagued by injuries and inconsistency.
The second addition never really left. Right fielder Ryan Braun, the former MVP, will be returning from his season-ending suspension for performance enhancing drugs. There is a lot of speculation that Braun’s great stats were more representative of the drugs than his own performance and that he will only be a shell of his former self.
The Brewers just have too many question marks to compete for a playoff spot, especially given the three solid teams above them in the division. With a limited minor league system, the Brewers are stuck in limbo trying to hit on old veterans and hoping they regain their old sparks.

Chicago Cubs
No discussion of the basement is complete without the lovable losers. The team forever tied with bad luck looks to finally be on the right path. That being said, the best they can hope for this season is to not finish last in the division.
Former top prospects shortstop Starlin Castro and first baseman Anthony Rizzo both had down years last season, but their youth gives hope that it was a sophomore slump and not a representation of future potential.
This year’s hot infield prospect comes in the form of third baseman Mike Olt. The center piece of the trade that sent Garza to the Rangers last year, Olt was viewed as the second best prospect in the Texas system until last year, when blurry vision and terrible hitting significantly dropped his stock.
Now, a year after the winter league beaning that was likely the cause of his vision problems, Olt has made the major league roster out of spring training and looks to be returning to his former self.