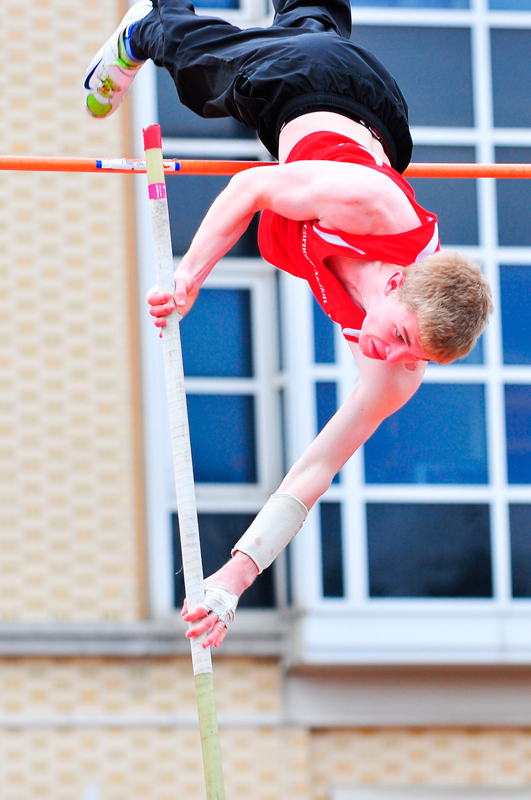 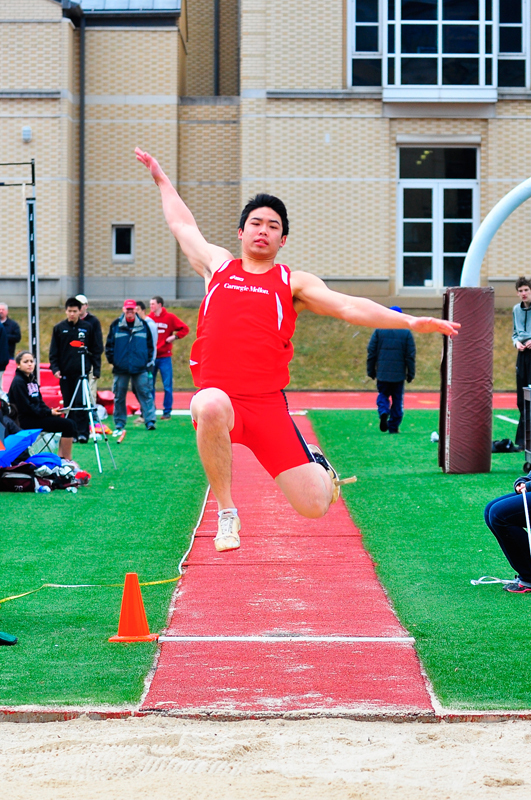 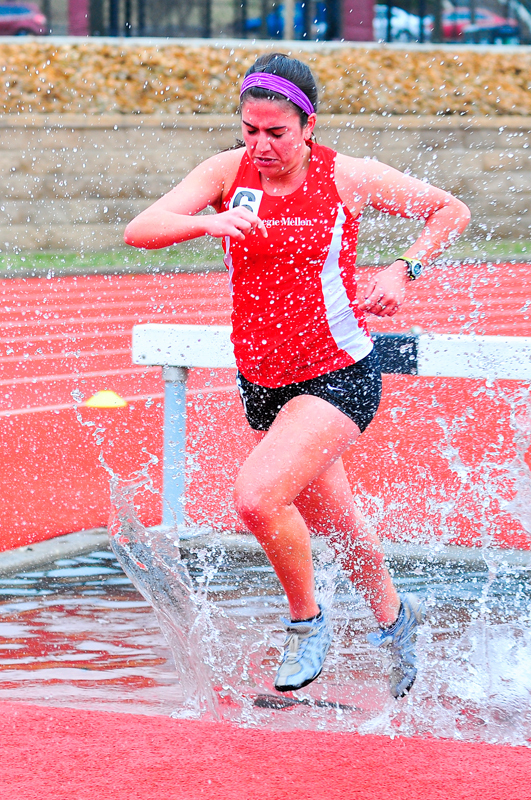 The men’s team continued its domination, winning the meet on the back of their strong throwing events.

Senior Zachary Erra-Hernandez continued his success, winning the shot put for the second consecutive week, this time with a 15.75-meter throw.

The Tartans swept the rest of the podium with junior Gino Pilato and senior Nathan Cheek tossing 13.43 and 13.38 meters, respectively, to take second and third.

In discus, the Tartans repeated the sweep, this time with Cheek winning with a 42.56-meter toss and Pilato and Erra-Hernandez following behind with throws of 42.37 and 42.02 meters, respectively.

Erra-Hernandez wasn’t done and set a new school record in the hammer throw with a toss of 53.90 meters on the way to a second-place
finish.

He broke the previous school record of 52.70 meters set by Tom Matta back in 2006 and is now ranked fifth in the nation for the event.

To round out the Tartan’s dominance in the field events, first-year Kyle Weaver won the pole vault with a 4.20-meter jump, senior David Markowitz took home a third-place finish in javelin with a throw of 50.09 meters.
First-year Matthew Seifu also earned third place with a 6.32-meter-long jump.

“The meet [last weekend] was really awesome. I really didn’t expect to be breaking any records this early in the season. I really wasn’t expecting such a strong start,” Weaver said.

“This weekend, I wanted to break the record again, but I didn’t think that I would because the weather was so bad. In fact, I kind of went into it not expecting much for that reason,” he said.

Weaver hopes to continue his streak for the rest of the season. “My coaches are great, so I just have to keep jumping higher,” Weaver said.

“My personal goals for the rest of this season definitely include qualifying for outdoor nationals. And I would love to raise the pole vaulting record time.”

The track portion of the meet still held plenty of opportunity for the Tartans, starting with a third-place finish by junior Elliot Watson in the 3,000-meter steeplechase with a time of 10:04.88.

“I was pleased and surprised with how well I did for my first 800 this season,” Standish said.

Sophomore Ben Neiman grabbed a second-place finish with a 57.53 run in the 400-meter hurdles. The 4x400-meter relay team closed out the meet with a win.

The women continued their theme of the season with strong individual performances, but less-than-stellar team showing, as they finished in fourth at the meet.

Junior Sasha Spalding was one of the bright spots for the Tartans, taking home a first- place title in the long jump with a season best 5.03-meter leap and a third-place and career-best shot put of 10.95 meters.

Two first-years rounded out the field event success for the Carnegie Mellon women, with Rebecca Fortner taking second in the high jump with a 1.47-meter leap, and Grace Yee grabbing third in the pole vault.

Junior Hailey Brown grabbed the second of three Tartan victories, this time in the 3,000-meter steeplechase.

“We’re really excited for this season,” Weaver said. “Our team wants to win the UAA outdoor conference, and with such a strong team, I think we can do it.”

The Tartans next compete at home on Saturday in the Carnegie Mellon Quad Meet.