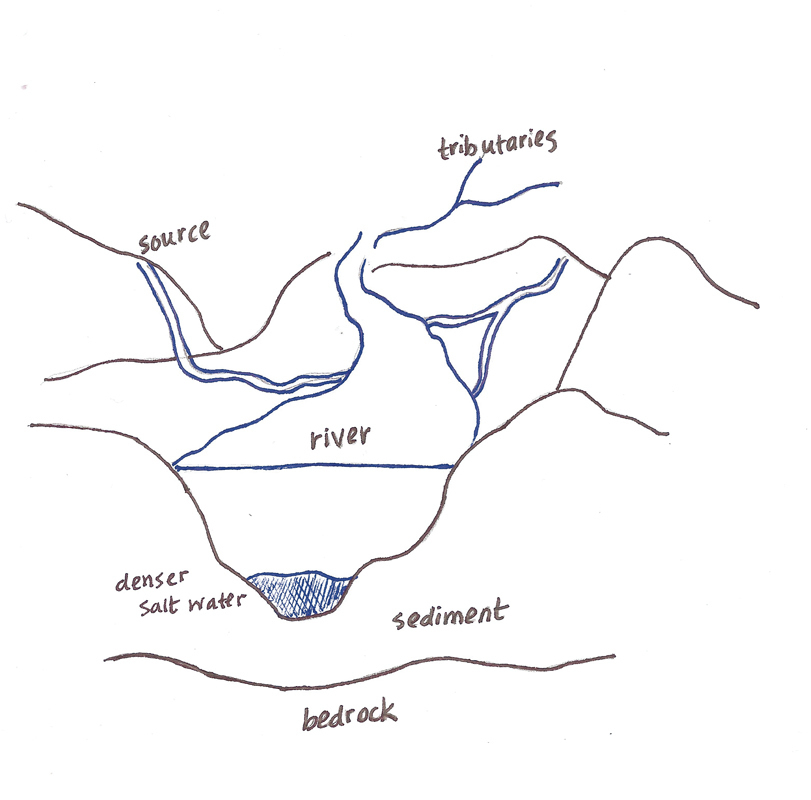 Only two percent of all the habitable land on the face of the Earth has not been physically interacted with and touched by humans, according to The Seattle Times. While we as humans like to think that we know as much as possible about the planet that we live on, it turns out that there are a plethora of secrets Mother Nature is keeping from us. One of these hidden treasures is underground rivers.

Before we talk about how other types of these underwater beauties form, it is first important to understand how their above-land cousins come about. The process by which a common river forms is not intuitive or obvious at first. The questions, “Where does it start?” and, “How does the water not just soak into the land?” are the key questions to answer.

A river begins as a stream that usually originates from a mountain or a glacier. These individual streams will then collide with others that are heading down the mountain, forming a bigger stream. Eventually, a river forms from the combined contributions of multiple streams. Whenever a smaller river converges with a bigger river, the smaller one is called a tributary.

According to OneGeology, the formation of a river is equally dependent on the formation of a riverbed. In order for a riverbed to form, the soil on the ground cannot soak up all the water flowing over it. Soil has a saturation limit, making it possible for the water not to be pulled into the ground. Different soils have different saturation limits, and so there are good riverbed soils and bad riverbed soils. For instance, consider clay and sand. The particles in clay are much smaller than those of sand; when clay particles are packed closely together, there is less space between them. Thus, when the water flows over the clay, less water is lodged between the particles. Sand, on the other hand, would not be an effective riverbed because lots of the water flowing over it could lodge itself into the space in between particles.

Subterranean rivers have very similar properties. In order to form, they need two conditions: a good water supply and a riverbed. The water for underground rivers is usually water that has seeped through all the layers of soil, from above the surface to below the surface, and reached the forming river. The riverbed, similarly, forms when water seeping through the ground reaches an impermeable type of soil. It stops moving downward and begins to move horizontally in the direction of what will become the river. According to The Telegraph, the water in underground rivers has higher salinity; therefore, this denser water flows like a river along the sea bed.

With no markers above the surface, underground rivers have to be uncovered using scientific methods. One such method uses mathematical models to follow the flow of water through the ground. This method works because water initially moves vertically through the earth and then changes direction if it enters an underground river.

Due to their inconspicuous nature, subterranean rivers have been found in all sorts of unexpected places. For instance, in 2011, The Guardian reported that scientists discovered a massive underground river four kilometers below the Amazon river. This river, named the Hamza River after its discoverer, flows for over 6,000 kilometers and ranges from 200 kilometers to 400 kilometers in width. Another famous underground river, referred to by The Huffington Post as “a scuba diver’s dream,” is Cenote Angelita in Mexico and has become a popular tourist attraction.