Season comes to a close for swimmers 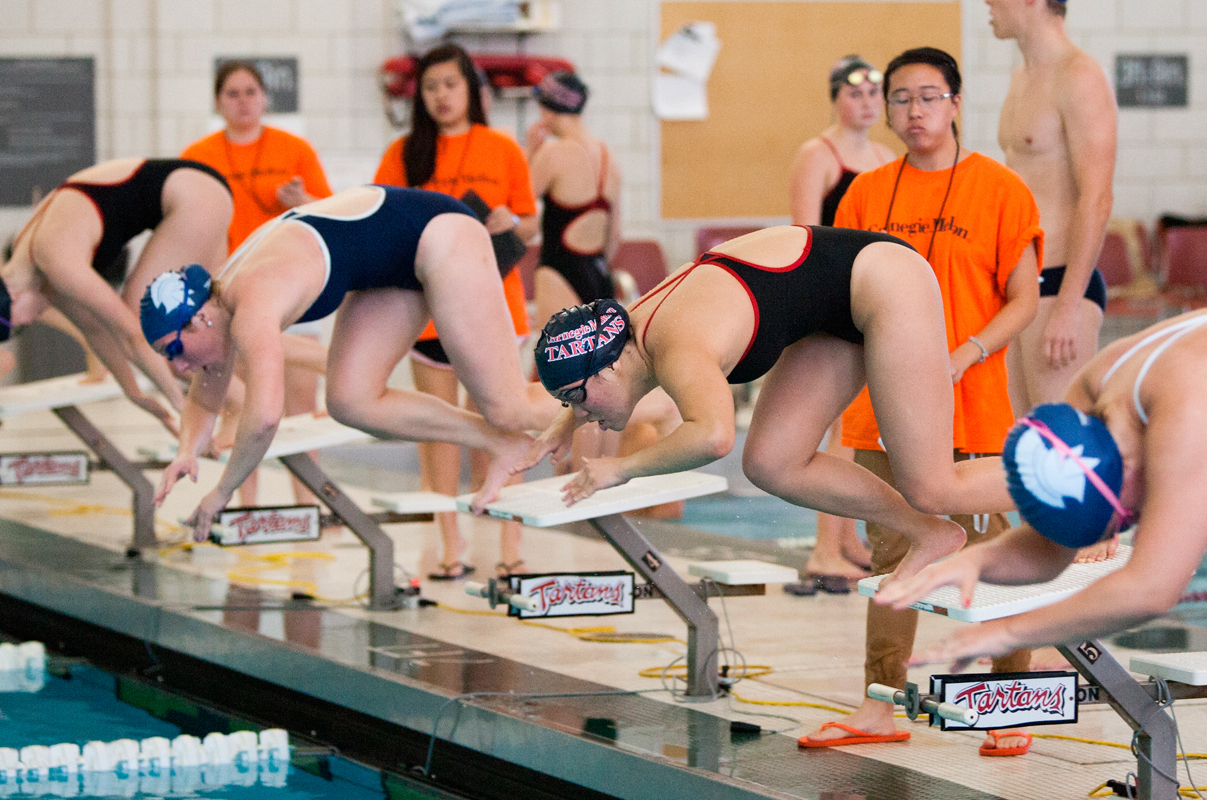 The women’s swimming and diving team wrapped up their seasons this weekend with mixed results at the NCAA championships. (credit: Jonathan Leung/Photo Editor)

On Saturday, the Carnegie Mellon women’s swimming and diving team finished off their season at the 2014 NCAA Swimming and Diving Championships in Indianapolis, Indiana. Collectively, the team placed 39th overall at the meet.

Senior Soleil Phan finished her collegiate career on a high note, swimming a season-best 52.58 seconds in the 100-yard freestyle on the way to a 27th place finish. Phan also teamed up for a 26th place finish in the 400-yard freestyle relay with senior Megan Garvey, sophomore Felicia Wang, and first-year Gillian Crews. The four women combined for a time of 3:35.05.

Wang was another top individual performer placing 17th in the 100 meter breaststroke, setting a school record and narrowly missing out on a finals spot.

The top performers for the Tartans were the 200- and 400-meter medley relay teams which both set school records and earned honorary All-American titles in the process. The 200-meter team, consisting of sophomore Kira Singhaus, Wang, Crews, and Phan placed 15th with a finals time of 1:45.68. The same athletes combined for a 14th place finish in the 400-meter relay with a combined finals time of 3:50.34.