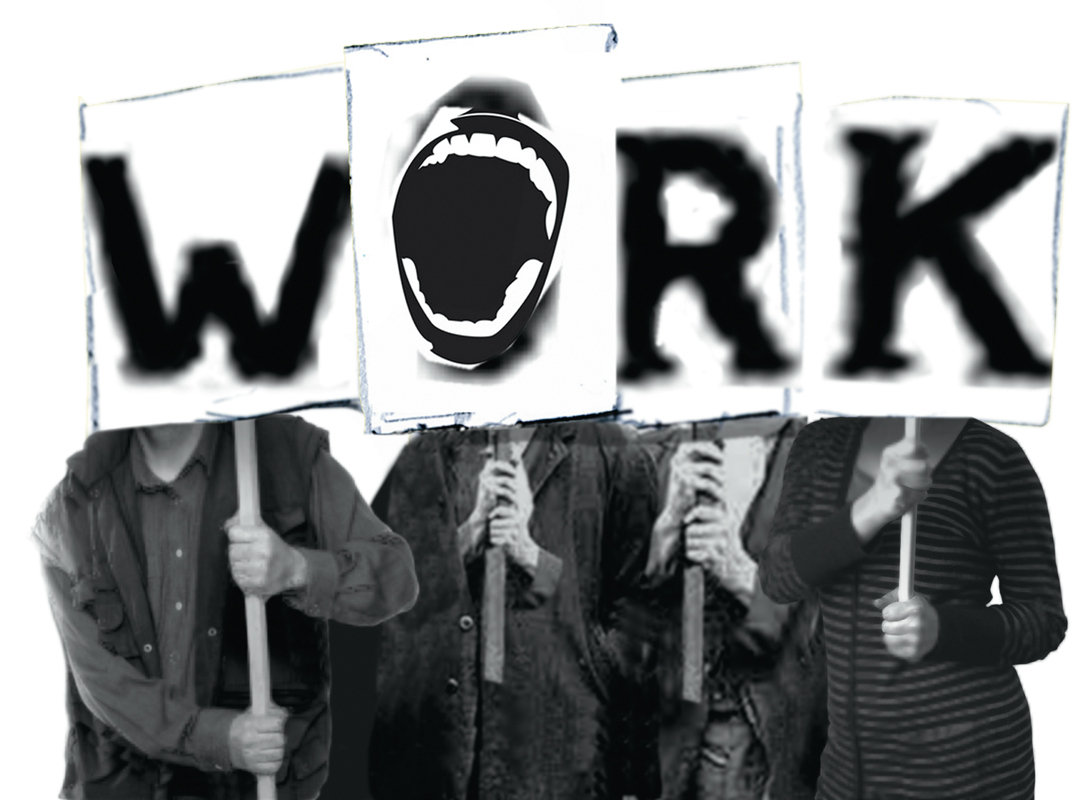 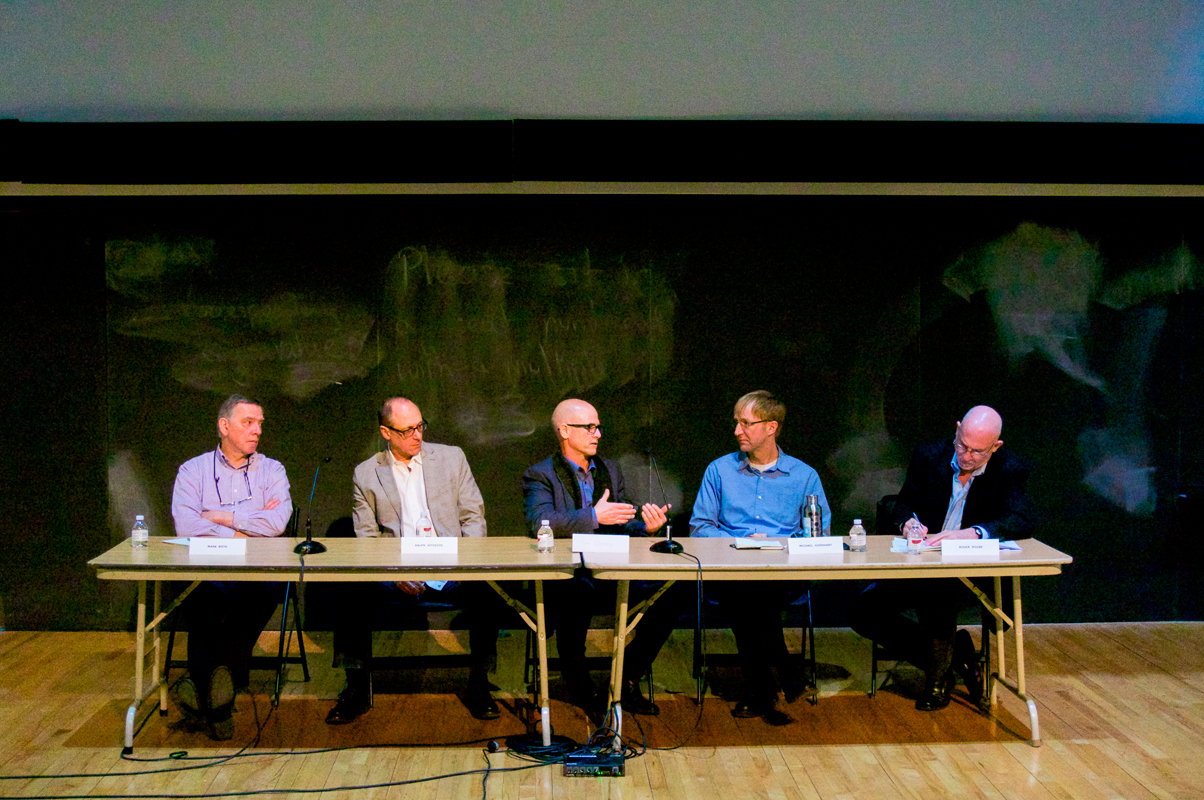 As of last Thursday, the eighth annual Carnegie Mellon International Film Festival is officially in full swing. Under this year’s theme of “Faces of Work,” the festival features a number of films from around the globe that all focus on workers and, often, their struggle for a better life. The festival, which began last Thursday night with a screening of the Polish film Walesa. Man of Hope and held its campus premiere on Friday with a screening of the documentary Shipbreakers, will continue through April 5. Most screenings will take place in McConomy Auditorium.

The festival’s theme is in dedication to the life and work of influential Carnegie Mellon professor Paul Goodman, who passed away due to a stroke in early 2012. At Carnegie Mellon, Goodman pushed to expand international university projects in technological and environmental research, especially in developing countries in Asia and South America.

According to the festival’s website, Goodman was an avid filmmaker who produced over 20 documentaries demonstrating “how global development and technological expansion are changing the nature of workplace demographics and methods of production” by highlighting the “important but often overlooked work of individuals such as a nurse, a factory worker, a glass blower, a fisherman, and a women’s rowing team.” Several of his works will be screened along with other films over the course of the festival — including Shipbreakers, for which Goodman posthumously won the Best Producer of Documentary Film Award at the 2014 Madrid International Film Festival.

Opening night Thursday at the Regent Square Theater included the screening Walesa. Man of Hope, directed by Andrzej Wajda. The film tells the true story of Lech Walesa, a common shipyard electrician who becomes embroiled in the workers’ rights movement of Poland, eventually becoming the leader of the Polish trade union, Solidarity. In this position, Walesa was able to negotiate significant concessions for workers from the communist regime. Walesa was awarded the Nobel Peace Prize in 1983 for his efforts and was elected the first president of Poland following its independence in 1989.

The world of Walesa. Man of Hope is a vivid nightmare: a Soviet-bloc country where the police beat and arrest citizens on the flimsiest suspicion and tanks roll through the streets. Indeed, when Walesa leaves home, he often hands his wife his watch and wedding band and instructs her to sell them if he doesn’t come back. Interspersed with documentary footage of the actual Polish riots and demonstrations that took place over the course of the 1970s, the film is a compelling narrative, focusing on Walesa as both an unlikely political leader — his talents for leadership coming not from books, but, as he says in the film, from ”knowledge of Poland and its people” — as well as a family man who struggles to provide for both the monetary and emotional welfare of his wife, Danuta, and their six children even when he is being paraded through the streets as a hero. Danuta Walesa was in attendance at the screening.

The film’s handling of Walesa’s private life occasionally slips into a whitewashing of the beloved figure — frequent verbal hints at the man’s dirty secrets or ill treatment of his wife are never explored — and the toll his efforts have on his family, especially Danuta, are given a very surface-level treatment. The depiction of the public Walesa, however, is where the film soars. One can’t help but feel moved watching him lead the workers’ strikes. Walesa truly was a natural-born leader, and the film perfectly captures that aspect of the man.

Before the film, Danuta Walesa gave a brief introduction of the film, in which she stated that “[the film] is more a creation of the director than a documentary ... in which you will be able to see the people struggling for their freedom.” She also addressed what was surely on everyone’s mind: the obvious relation between the political struggle in Poland depicted in the film and the current bloody revolution and ensuing political battles in another former Soviet nation, Ukraine. In a brief Q&A session after the film, Danuta Walesa fielded many questions regarding her husband’s life and legacy and how it has shaped many of the recent protests against totalitarian governments. In response to an audience member who asked if there was a moment that she realized the Solidarity movement was big, she responded that she was “only just coming to realize” how big it was.

The festival’s campus opening night on Friday featured a screening of the documentary Shipbreakers, directed by Ralph Vituccio, an instructor in the Entertainment Technology Center, and produced by Paul Goodman. The film focuses on Indian migrant workers who dismantle decommissioned ships along the beaches of Alang, highlighting the terrible conditions in which the impoverished men perform this dangerous job. A panel discussion was held afterward with Vituccio, Shipbreakers cinematographer Tom Clancey, Pittsburgh Post-Gazette assistant managing editor Mark Roth, and University of Pittsburgh professor of political science Michael Goodhart. University of Pittsburgh professor of global studies Roger Rouse served as moderator.

Keeping with the festival’s theme, Shipbreakers details an industry that requires virtually no electric power, but runs almost exclusively on manual labor. Much of the work is performed using brute force — there are many instances of a hammer and chisel being put to work against steel and iron — and the lax enforcement of workers’ rights and environmental regulations makes the occupation a virtual death sentence. While Alang is not the only site of this industry, virtually all privately-owned ships are dismantled in similar shipyards in developing countries such as Bangladesh and Pakistan.

During the panel, Vituccio said that “many workers were reluctant to talk to us” due to the risks involved with publicly denouncing the shipyards. Therefore, he said, each worker who did speak had “incredible courage” in basically putting his life on the line by speaking to “people he’d never see again.”

The stories these workers tell are harrowing, to say the least. Among tales of men being crushed to death by falling steel, many of the workers complain of the smoke they are forced to breathe due to the lack of proper masks. Workers are largely unaware of the kinds of toxins to which they are exposed — many of them have been outlawed since the 1970s, but are still present in the ships being dismantled. Interviews with workers and managers reveal a large disparity in how the situation is viewed. One shipyard manager even insisted that because there were trees growing outside his office, that meant there was no environmental problems. “Greenery means no pollution,” is how he put it.

The conditions in Alang are contrasted with the same industry being performed in Brownsville, Texas, where Mexican migrant workers dismantle U.S. government-owned ships according to strict environmental and safety standards. A chilling visual compared the workers in India wearing a simple cloth tied around their faces while workers in Texas performed the same task wearing a complete Hazmat suit and mask.

While the film made a good case that the practice of ship recycling should follow the strict regulations followed in the United States, Clancey pointed out in the panel that the wages paid were “high for Mexico, but are extremely low by U.S. standards.” He also mentioned that ships are only dismantled in such a highly regulated fashion in Texas because they are owned by the U.S. government and, therefore, have to be dismantled in that manner according to EPA regulations. They are forbidden from being sold to private shipyards in developing countries.

The two films featured in the opening of “Faces of Work” are signs of good things to come in the festival. One thing is certain: Both films leave one with a greater appreciation of working conditions in the United States. After witnessing men beaten to within inches of death for protesting for their right to collective bargaining, or a man working nearly 20-hour days breathing in hazardous chemicals, recent protests over the wages of McDonald’s workers certainly lose some fire. While certainly present, this effect, however, isn’t the point of “Faces of Work.” Indeed, many Americans were in similar situations during our own Industrial Revolution. As Vituccio explained in his introduction to Shipbreakers, the goal of the film was to “focus on the burden of the common worker,” whether that be a dockyard worker in China or a gas station attendant in New Jersey. The films of “Faces of Work” demonstrate the past, present, and future struggles of men and women all around the world; celebrating their successes as well as mourning the losses felt along the way.

“Faces of Work” will be hosting screenings through April 5. More information can be found at cmu.edu/faces.