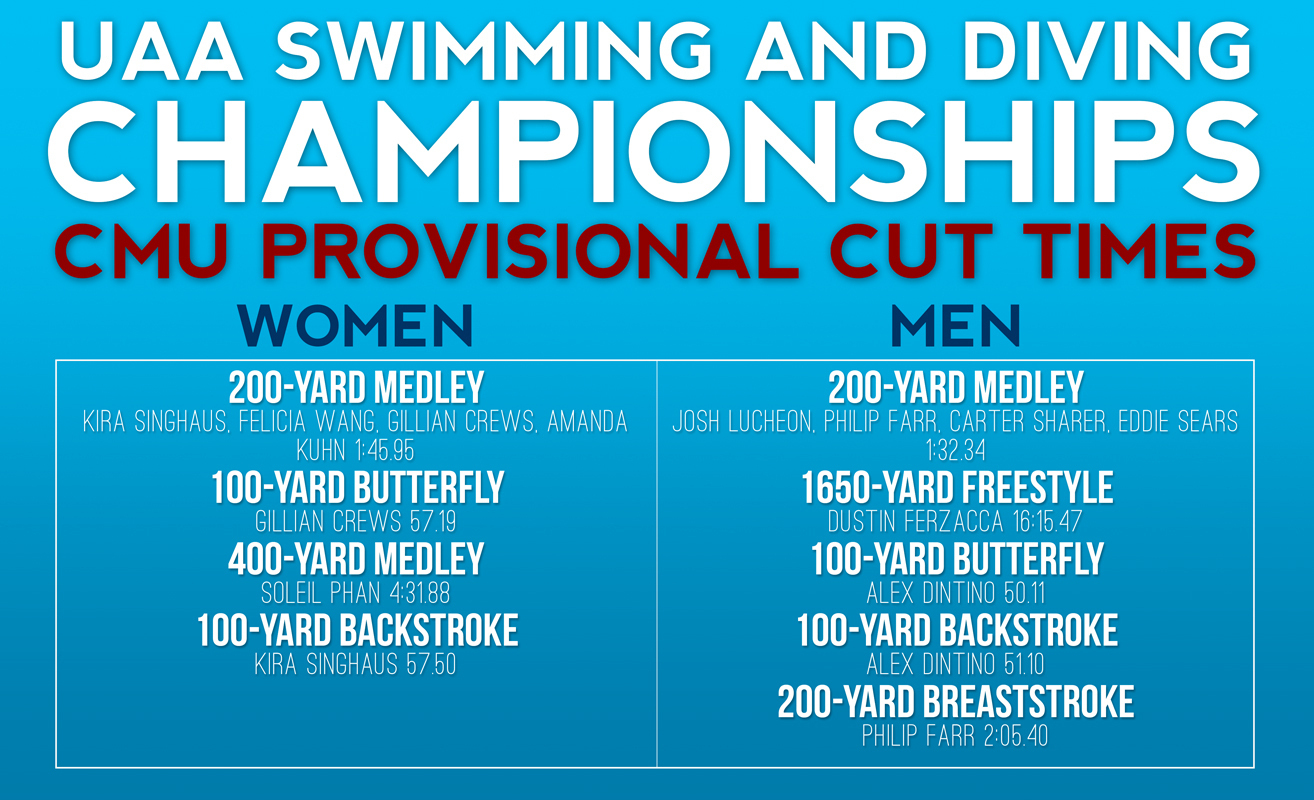 Returning from Emory University at the end of the weekend, the Carnegie Mellon swimming and diving teams were anticipating NCAA-qualifying cut times in nine events at the University Athletic Association Swimming and Diving Championships.

Bad weather in Atlanta this week forced some unusual scheduling changes and delayed the final results. The three-day championship meet, which was supposed to have begun on Wednesday, was shortened to a two-day meet running Friday and Saturday. Three teams that could not make it to Atlanta — Case Western Reserve University, the University of Chicago, and the University of Rochester — competed instead Saturday and Sunday at a satellite event at Case Western Reserve in Cleveland.

Final UAA Championships results are expected to be available today, after times and standings from the two separate events can be merged. Qualifying swimmers will compete in the NCAA Division III Championships March 19–22.