Behrmann studies how brain works with one hemisphere 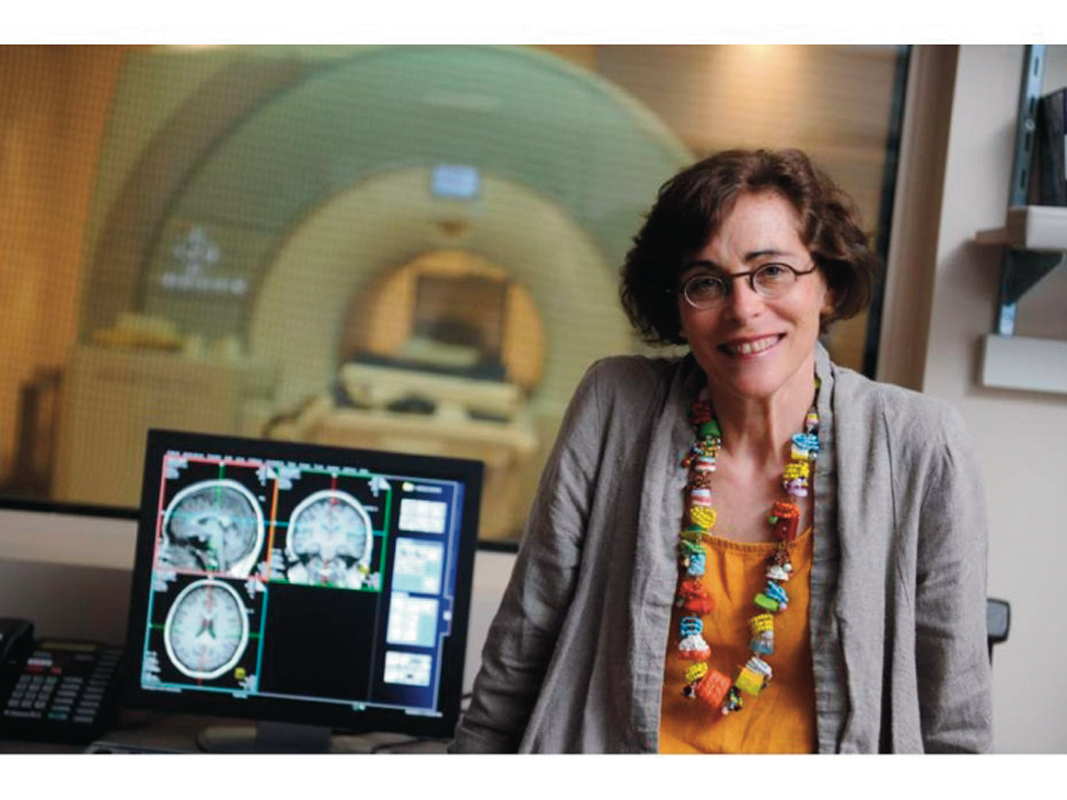 Over the past several years, popular interest in neuroscience has dramatically increased worldwide. This public interest has led to more funding, research, and programs that promote the field of neuroscience, such as the Brain Research through Advancing Innovative Neurotechnologies (BRAIN) Initiative — a research initiative to map every neuron in the human brain announced by President Barack Obama last April. Carnegie Mellon researchers are also taking part in this new research with innovative experimental techniques that could help explain how the brain functions the way it does. Marlene Behrmann, a professor of psychology at Carnegie Mellon, is examining brain plasticity in order to gain insight into its inner workings.

Behrmann explained that an understanding of brain plasticity — the ability of the brain to change and adapt its structure and function — could have a substantial influence on the way the brain is viewed. “Contrary to received wisdom, the brain is really a pretty flexible machine,” Behrmann said. “There may be ways to optimize brain function, both in normal individuals and individuals with some kind of abnormality.”

Behrmann’s research focuses on how functions of the brain, such as plasticity, occur. She explains that while scientists understand a lot about how the brain physically works, and understand what the final behavioral products of these actions are, they do not know much about how the final products are generated. “We know a lot about the brain, and we also know a lot about behavior,” Behrmann said. “We know both sides of the equation. We just don’t yet know what the transformation is.”

Behrmann has received funding from the National Institute of Health for a high-risk project that examines the brain organization of children who have had an entire hemisphere of their brain removed. Behrmann explains that these children have such a high number of seizures per day that it is optimal to remove the damaged tissue, which can entail removing an entire hemisphere of the brain.

Plasticity becomes involved during these children’s recoveries. “Within a space of a couple of years these kids have regained most cognitive functions,” Behrmann said. “How does this plasticity occur? They have got everything that other people have got in two hemispheres in a single hemisphere.” Behrmann explained that the innovative nature of this research gives it the potential to help researchers understand the complex workings of the brain. “There has been very little work that has been done to date,” Behrmann said. “If we can understand this extreme form of plasticity, it may give us some insights into how the system works.”

Behrmann also explained the major impact that technology has had on the research. First, technology has allowed researchers to acquire large data sets. “In humans we don’t have direct access to the brain,” Behrmann said. “The best we can do is record signals on the surface of the scalp, termed electroencephalography, or use magnetic resonance imaging (MRI) technology. Through this technology we can acquire data reliably and precisely, with finely calibrated experiments.”

Behrmann also noted the use of technology in data science. “The advances that are being made in statistics and machine learning can be used on these data sets,” Behrmann said. “The ability to handle and bring analytics to big data is pretty ubiquitous at Carnegie Mellon.” She explained that several students from Carnegie Mellon’s master’s of statistical practice program will be working with the data collected to bring advanced statistics to the research. “We now have the technology and we have the analytics to be able to begin to scratch the surface of this,” Behrmann said.

Finally, Behrmann noted the ideal location of her research. “In order to do a project like this, you need the technology and you need the analytics, but you also need the patient population,” Behrmann said. “Because Pittsburgh has fantastic medical facilities and hospitals, it is a large catchment area.”