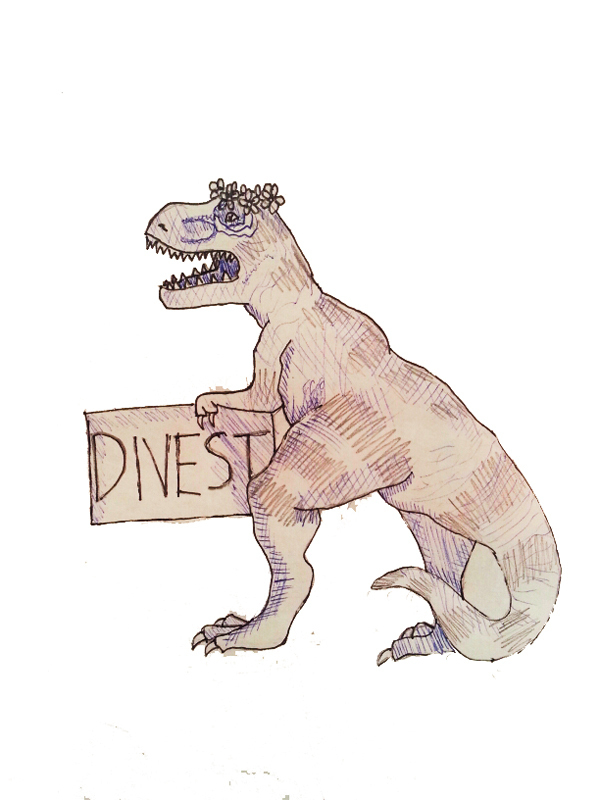 The organization is finalizing a letter, addressed to President Subra Suresh and Carnegie Mellon’s Board of Trustees, which calls for the university to freeze any investments into fossil fuel companies and to completely divest from the industry within five years. Their request comes on the heels of a similar successful movement at Stanford University, where the university has, as of May, committed to not investing in any coal companies after a recommendation from their Student Advisory Panel on Investment Responsibility and Licensing.

Sophomore art major and Co-President of Sustainable Earth Becca Epstein, who is leading this effort, said about the letter that “divestment is really a big thing to tackle, so we want to make sure we’ve done all of our research.”

Epstein recently returned from the Association for the Advancement of Sustainability in Higher Education conference in Portland, where she spoke to members of environmental organizations at other schools regarding this issue. “We’re trying to talk to people from other universities and get their ideas,” she said. The group aims to release the letter over the next few weeks. Then, Sustainable Earth is planning to start a petition for divestment.

Carnegie Mellon’s Investment Office does not have any publicly available documents detailing the university’s investment portfolio. Charles Kennedy, Chief Investment Officer for the University, commented by email in response to a request for that information, “Carnegie Mellon University’s endowment portfolio is managed with a long-term, growth-oriented objective. Using a combination of academic theory, quantitative analysis and informed market judgment, the university allocates the portfolio according to a long-term strategic plan, which is overseen by the Board of Trustees.”

Kennedy continued, “Assets are allocated to investment funds managed by third-party experts who specialize in particular strategies. We believe this approach — with its broad, global diversification — will enable the endowment to continue to strengthen over time, providing greater ongoing support for the university’s operating needs, while preserving purchasing power to support future generations of students, faculty, and programs.”

Epstein said that Sustainable Earth had an affiliated faculty member meet with members of Carnegie Mellon’s Investment Office, but was unable to learn anything further about the university’s investments.

Epstein continued, “While we’d love to get CMU to give us that information, since we think it’s our right as students to know it, it’s not the most important thing for us right now. It’s more about pressuring them to talk to the money managers and get a screening process in place so we aren’t investing in fossil fuels anymore.”

Sustainable Earth is described on its webpage as a “group of students from Carnegie Mellon University who are dedicated to bring more awareness to the campus and outside community of Pittsburgh about practicing sustainable ways of life.”

Fogel summarized, “As an organization in general, our goal is to promote sustainability and green practices throughout campus as much as possible.”

Epstein remarked that “this is a big goal to have,” concluding, “if you look at the mission statement of Carnegie Mellon University, a major part of it is about teaching students ethical behavior. And these fossil fuel companies are not behaving ethically. This is morally wrong for our planet and for our students.”