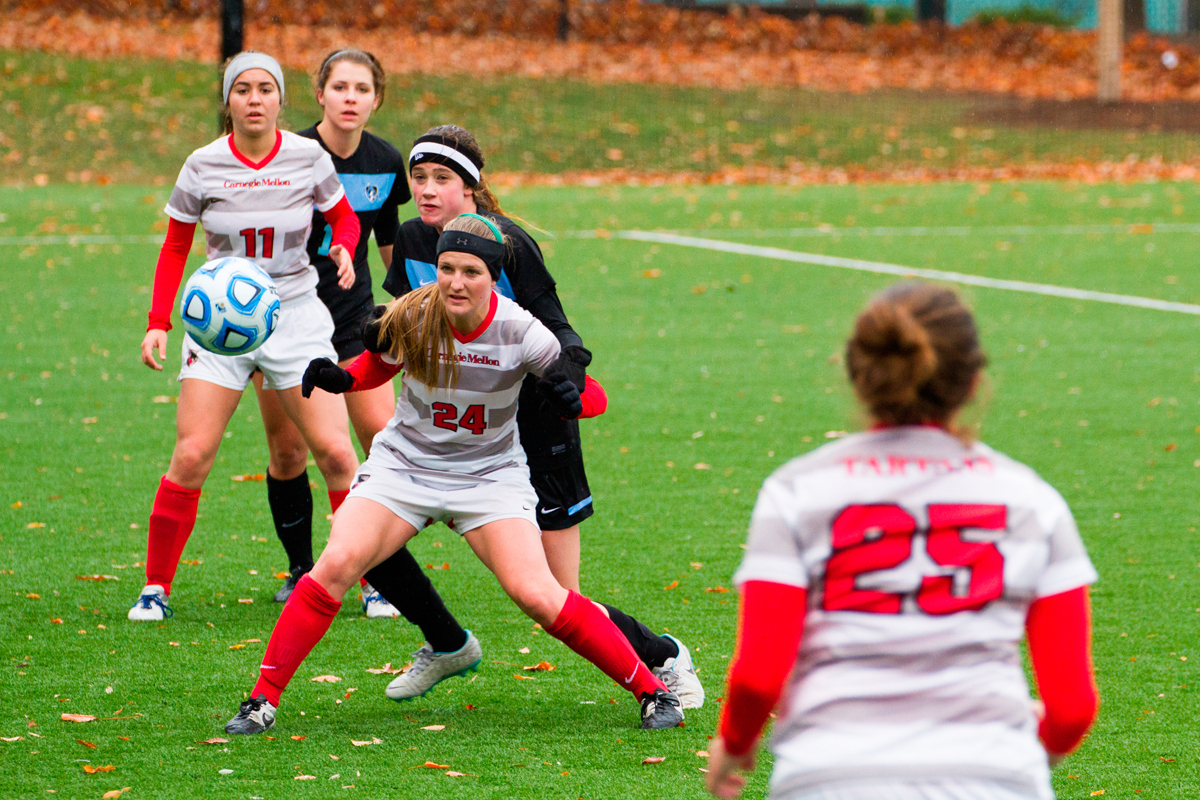 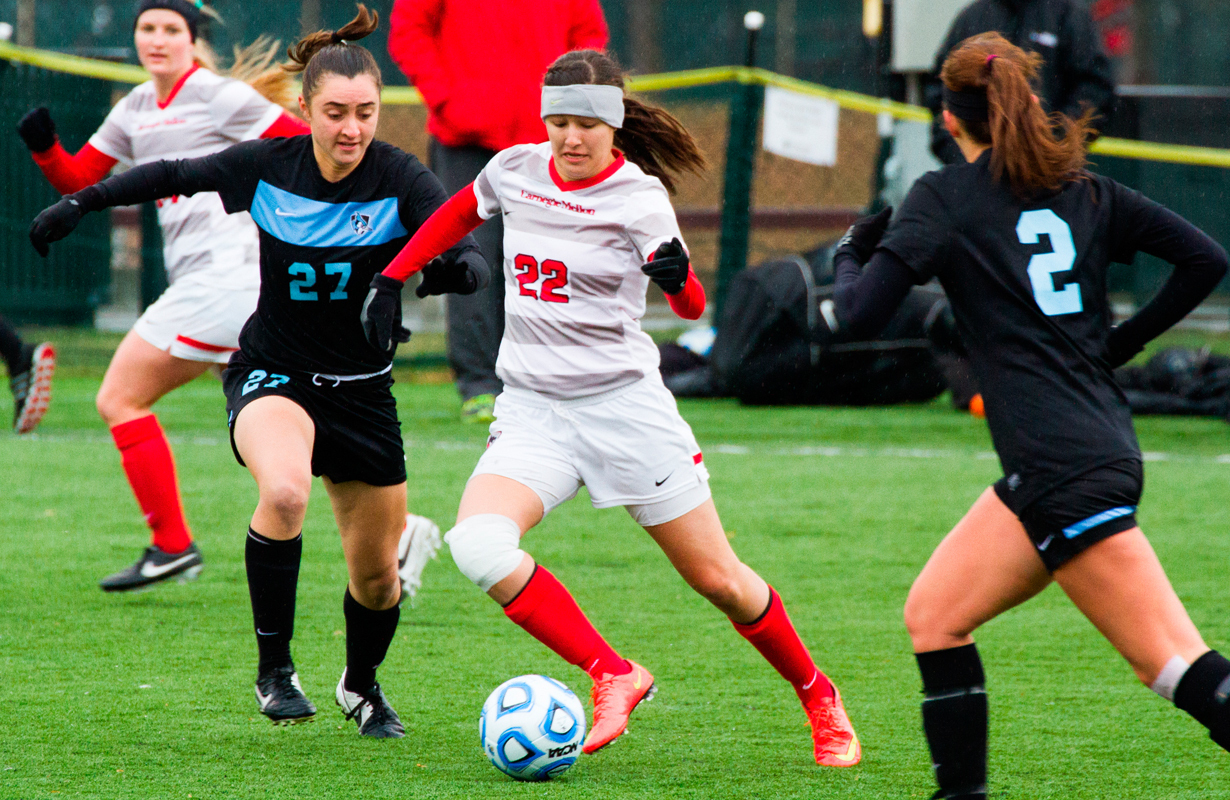 Saturday morning saw the Carnegie Mellon women’s soccer team’s NCAA tournament run end prematurely in a heartbreaker loss to No. 20 Johns Hopkins University’s Blue Jays. The game was closely contested, with very few shots falling on net throughout the night. The scoreboard reflected this close contest, as both teams took a 1–1 draw to penalties, where Johns Hopkins prevailed 4–3.

The game started off quick as Hopkins put together an attack that resulted in a shot on goal turned away by sophomore goalkeeper Katie Liston just two minutes into the game. The play flowed back and forth from there, as neither team was able to truly gain the upper hand until ten minutes in, when first-year midfielder Tori Iatarola beat the keeper high from very deep. The goal spent most of the match all alone on the scoreboard. The only other shot on goal came from Hopkins, and cleared the crossbar. While the defensive contest seemed to favor Carnegie Mellon, Hopkins had a little more control over the flow of play. But it would take something more to overcome the lead the Tartans had already carved out for themselves.

The second half went very differently. The first five minutes saw attacks from both sides. Sophomore forward Megan Bartoshuk put the ball on net only to have it turned away, Liston added another save to her collection, and Iatarola put a shot wide all in the first five minutes. The action subsided, however, for much of the half as the teams traded the ball at midfield and struggled to put together scoring chances. With ten minutes left in the match, Bartoshuk just barely missed a chance to seal the game when her shot glanced off the crossbar. The Tartans would later come to feel that miss. With two-and-a-half minutes remaining and their tournament on life support, Hopkins put the ball in the left corner of Carnegie Mellon’s net, a stunner that revived the Blue Jays and turned the tide of the match.

If momentum affects games, a last second equalizer seems like as good a chance as any to prove it. Carnegie Mellon, however, broke the form of the match and began to dominate the first ten-minute overtime period. Two attacks resulted in shots on net by Iatarola and first-year midfielder Morgan Kontor. A third attack ended as junior midfielder Carson Quiros put a shot over the Blue Jays’ net. None of them managed to give the Tartans the win, and after a more subdued second period of overtime, the match went to penalties.

After Johns Hopkins was unable to connect on their first penalty, the Tartans seemed like they had an open path to victory, but luck was not on their side as they dropped the shootout.
The loss concludes what had been an excellent season by the Tartans which saw Liston break the shutout record, Iatarola win UAA rookie of the year, and numerous Tartans achieve all-UAA honors. Iatarola, first-year defender Keely Jelinek, and junior forward Savina Reid all made the first team, Quiros grabbed a spot on the second team, and Liston, sophomore defender Samantha Smith, and first-year defender Katie Strycharz earned honorable mentions. A penalty shootout is always a tough way to end a season, especially such a successful one.

The loss dropped Carnegie Mellon to a 16–3 record and ended their tournament run in the round of 16.