Turnovers too much in first loss for women’s basketball 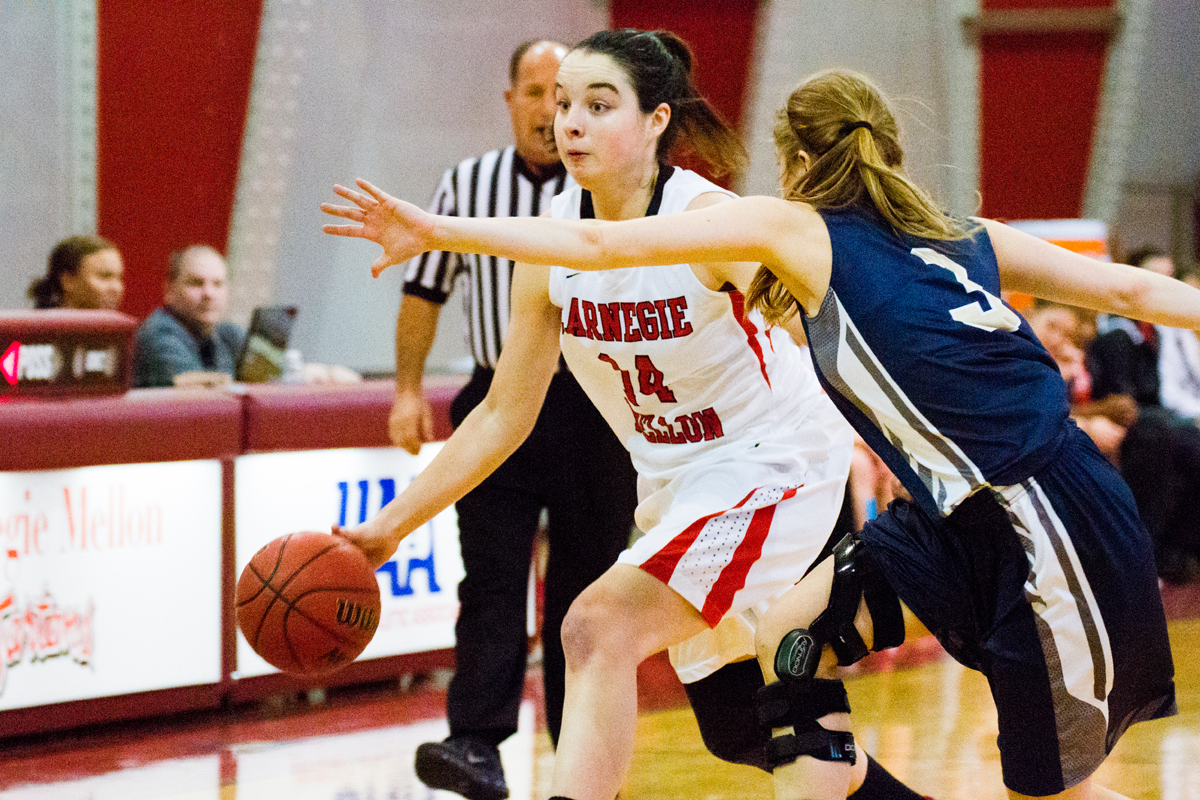 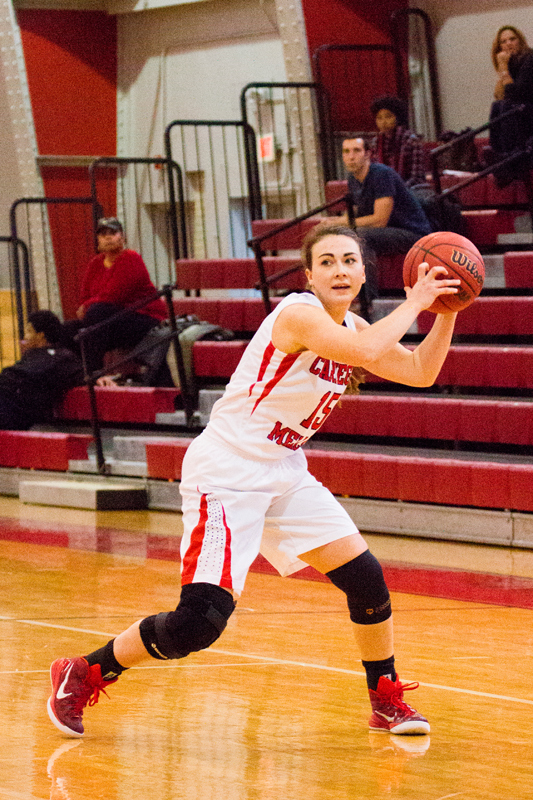 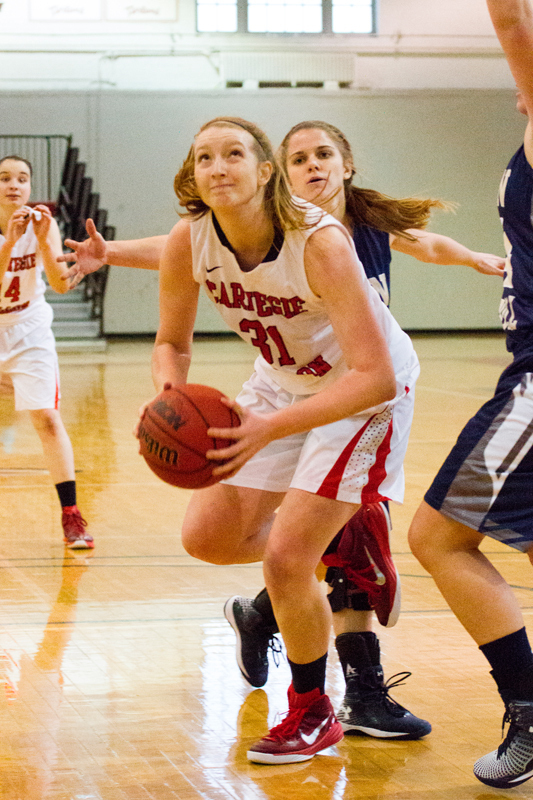 Sophomore center Lisa Murphy beats a defender and sets up for a layup. (credit: Staff Photographer) 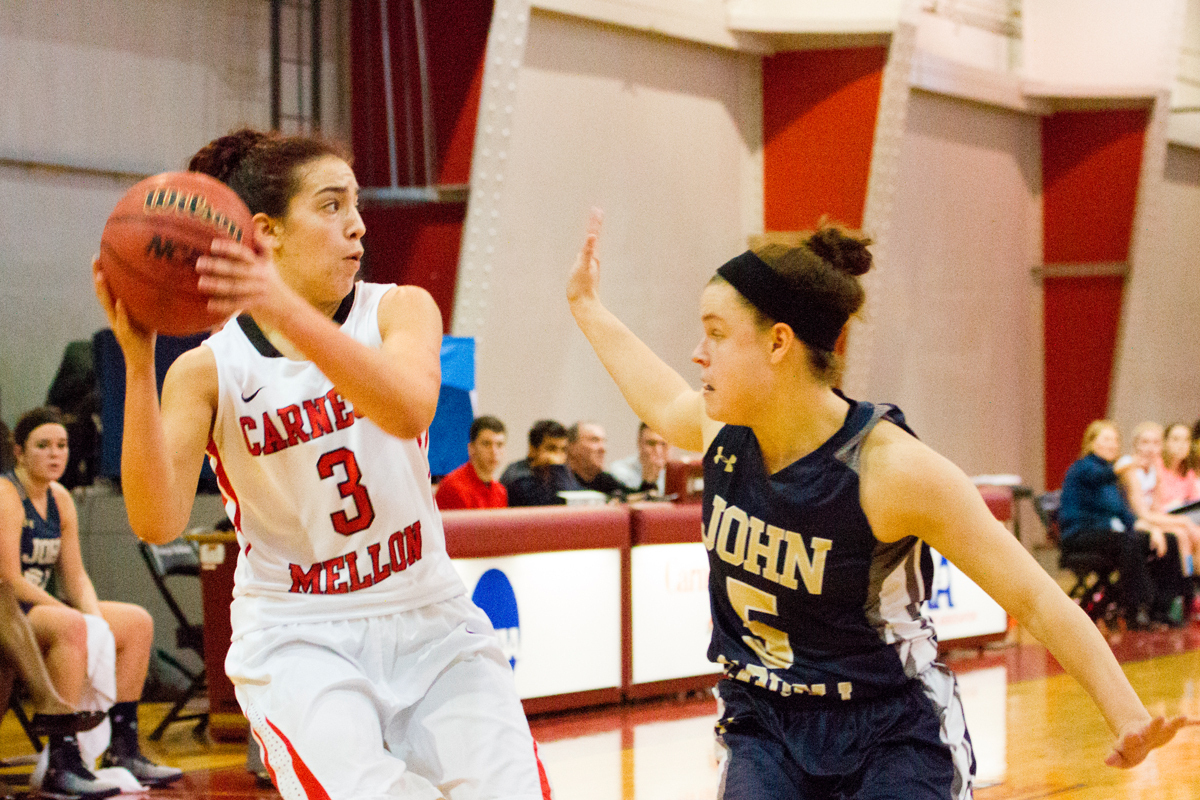 First-year guard Anna Novak looks for a teammate as a defender closes out towards the corner. (credit: Staff Photographer)

The Carnegie Mellon University women’s basketball team received its first defeat of the season on Saturday after losing 77–71 to the visiting John Carroll University Blue Streaks. The Tartans are now 3–1 while the Blue Streaks are 3–0.

The Tartans had trouble getting dribble penetration until late in the second quarter, which greatly hampered their ball movement. The Blue Streaks were able to cut off several passes, ultimately resulting in 18 turnovers for the game.

With 11:32 remaining in the second half, first-year forward Kajae Jones went down with what seemed to be a hard blow to the face after getting a putback. Sophomore center Lisa Murphy, the Tartans’ leading scorer, led the defensive effort, getting a block and forcing a turnover in two back-to-back defensive efforts. However, despite great individual defensive plays, the Tartans as a whole were unable to stop John Carroll’s guards from getting into the paint and creating open shots for themselves or their teammates. Luckily for the Tartans, the Blue Streaks were unable to convert most of their opportunities.

With 5:53 remaining, Carnegie Mellon obtained its first lead of the second period 61–60 off of a Murphy steal and 3-point play. However, they were unable to solidify their lead, and with 12 seconds left, John Carroll scored the go-ahead basket, a three-pointer to put the game away.

Overall, the Tartans defended well when it came to contesting shots in the paint but also gave up a lot of open looks from the perimeter. On the offensive end, they made the shots that they got off but had so much trouble taking care of the ball that they were often unable to execute their plays.

In the end, it was too much to overcome, and the Tartans suffered their first loss.

The Tartans continue their season on Monday when they travel to Penn State Altoona.