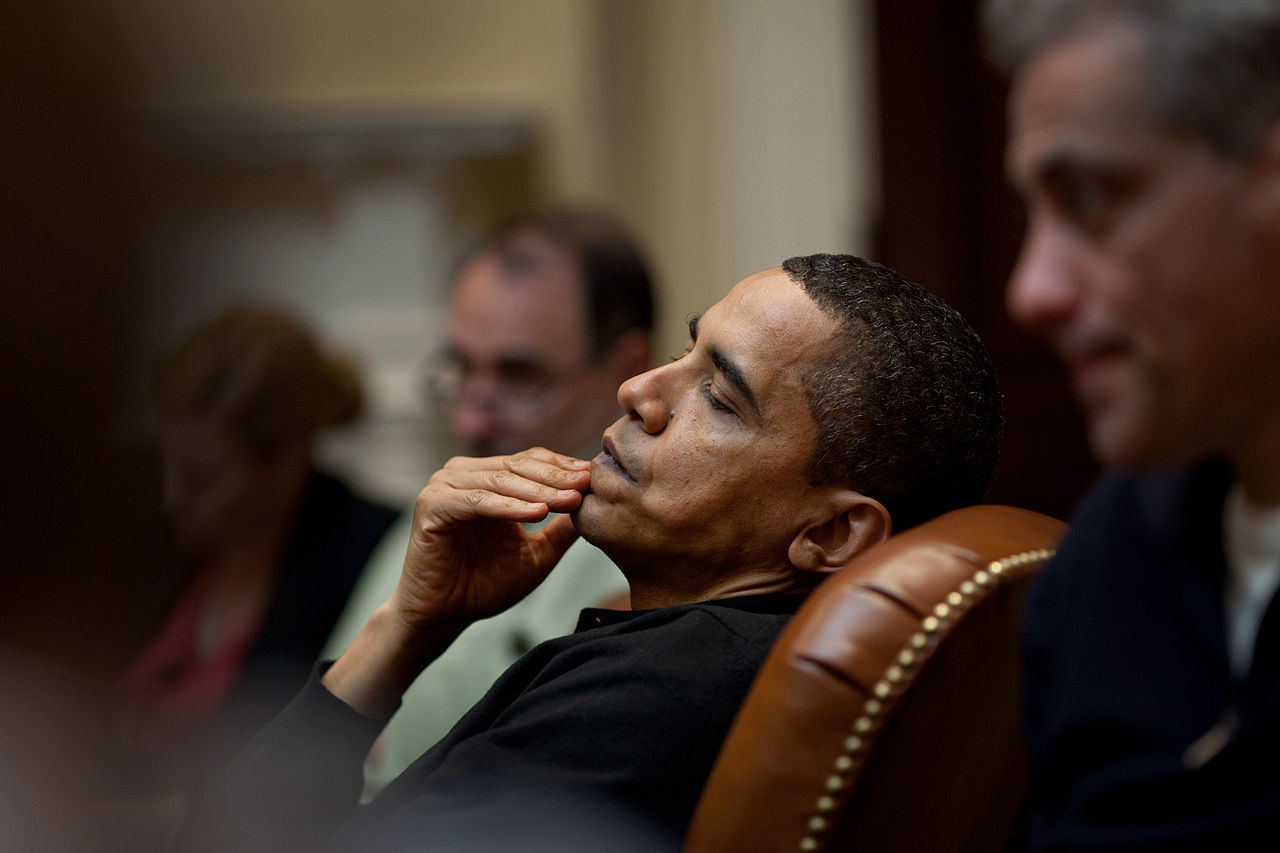 In the wake of a Republican electoral takeover, the political Right just got more good news. The Supreme Court decided to take up King v. Burwell, the latest legal challenge to the Affordable Care Act. Understanding this challenge to the law requires understanding of the complex architecture of the ACA, so here goes.

To expand coverage to those with pre-existing conditions, a major goal of the ACA, Congress did three things. First, it forbade insurers from turning down those seeking insurance who had a pre-existing condition; this is called guaranteed issue. But to ensure that people didn’t game the system and just enroll for insurance when they got sick and needed care (which was my plan once I found out about the ACA), they created the individual mandate, requiring United States citizens to have health insurance at all times. This mandate was declared unconstitutional in a prior Supreme Court challenge to the law, but it survived by being construed as a tax.

The final overarching mechanism of the ACA is the establishment of exchanges to deliver subsidies to low-income Americans so that they can buy health insurance. It seems pretty Orwellian to require people to buy insurance and then not help them pay for it if they don’t have the money to do so. The law asks each state to set up its own health insurance exchange, and many did, giving them catchy names like Covered California and Kynect in Kentucky. However, 34 states, including Pennsylvania, opted to not set up exchanges. The law accounts for this option, and sets up a federal exchange so that Americans in those states have a place to go to buy insurance. This place is www.healthcare.gov.

Understanding exactly how the ACA works is no small feat, but this is where it gets interesting. The King v. Burwell to the law concerns the distribution of subsidies on the federal exchange — healthcare.gov. The text of the law makes subsidies for purchasing health insurance available to those who “were enrolled through an Exchange established by the State under section 1311 of the Patient Protection and Affordable Care Act.”

By specifying that subsidies were available on exchanges established by the state, it excluded healthcare.gov, and therefore, citizens of two-thirds of states in the union. The IRS, however, has interpreted the text of the ACA to allow subsidies to be issued through healthcare.gov. King v. Burwell specifically challenges the IRS regulations that enable the distribution of subsidies on healthcare.gov, because they are not provisioned for in the text of the act.

If the court does strike down the subsidies, we can backtrack the consequences of this decision up the ladder of ACA architecture. This decision would mean that requiring low-income Americans to purchase insurance would become impractical because they wouldn’t be able to get subsidies, which would weaken the individual mandate. Without the individual mandate, the premise of guaranteed issue falls apart because then people (like me) can game the system, leading to what critics have called “The Health Insurance Death Spiral.”

In the death spiral, prices would increase uncontrollably because the pool of insured people get sicker and sicker. This trend happens because without the mandate, healthy people won’t buy insurance, knowing that they can get it whenever they need medical care. Health insurance works because healthy people pay more for their insurance than the cost of the services they receive with the guarantee that if they ever need more services than they’re paying for, their healthcare costs will essentially stay the same.

In sum, if these subsidies are struck down, the ACA collapses. Of course the architects of the bill couldn’t have wanted this to happen, and many liberal readers interpret the exclusion of subsidies on healthcare.gov as just a typo, because it would essentially undo the act, and because it was never publicized as part of the ACA. Many think that if states had known that their citizens wouldn’t receive subsidies if the state didn’t set up an exchange, states would’ve complied with the law and set up exchanges. Paul Krugman recently wrote an article in The New York Times asserting just that. Unfortunately, there’s evidence to the contrary.

Videos of Jonathan Gruber, an MIT professor and the primary architect of the Affordable Care Act, have recently surfaced where he attributes the passage of the ACA to “the stupidity of the American voter” and catalogs some of the deception used to pass the ACA. Most notably, however, is a video in which Gruber says the following:

“What’s important to remember politically about this is if you’re a state and you don’t set up an exchange, that means your citizens don’t get their tax credits. But your citizens still pay the taxes that support this bill. So you’re essentially saying your citizens are going to pay all the taxes to help all the other states in the country. I hope that that’s a blatant enough political reality that states will get their act together and realize there are billions of dollars at stake here in setting up their exchanges and that they’ll do it. But once again the politics can get ugly around this.”

The system Gruber describes functions exactly as the system the law outlines. The Obama Administration has recently been downplaying Gruber’s role in creating the bill, but it is documented that Gruber was a paid consultant to the White House for the creation of the technical details of the ACA. At the end of the day, this becomes an issue of he said, she said, but Gruber’s remarks make a plausible case that this exclusion is not a typo, and that this is the way that the law was designed to function.

At best, Congress didn’t think through the consequences of this part of the bill. At worst, the bill was passed in such a rushed, corrupt, and non-transparent manner that Congress didn’t know what was in the bill they were passing. Nancy Pelosi, then Democratic House Majority Leader famously said, “we have to pass the bill so you can find out what’s in it.”

After the suit was filed, several lower courts ruled on the decision with two courts — one Oklahoma court and another D.C. Circuit Court — finding that healthcare.gov isn’t authorized to distribute subsidies but many more courts finding to the contrary. These contradictory rulings would usually be good cause for the Supreme Court to take up the case, however after the D.C. Circuit Court ruling, the Justice Department then stepped in and asked the Supreme Court to wait while the Circuit Court ruled on the suit en banc.

This decision essentially means that the entire set of justices on the Circuit Court would review the case, and not just the three who initially heard it. The Obama Administration asked for this because Democrats recently changed Senate judicial nomination rules and packed the court with liberals, assuring that the subsidies would be allowed once the entirety of the court (and therefore Obama’s nominees) reviewed the case. Once this pro-Democratic party ruling came out, there would appear to be court unity and the more conservative Supreme Court would hopefully be less likely to take up the case.

If the Court wanted to preserve the act, it would’ve waited for the en banc ruling. From the prior ACA case, we can guess that the four justices prepared to rule against it are the four justices who authored 2012’s scathing dissent ending with, “We would find the act invalid in its entirety.”

Assuming that Justices Kennedy, Alito, Thomas and Scalia are prepared to again rule against the ACA, and the four liberal Justices, Ginsburg, Sotomayor, Breyer and Kagan are prepared to rule for it, this scenario again establishes Chief Justice John Roberts as the crucial swing vote in deciding the fate of the ACA.

Roberts will not opt to save the ACA again. Roberts has demonstrated repeatedly that he is a textualist. He has authored extensive opinions that reflect the intent of the Framers of the Constitution to have a government of laws, not a government of people.

Though Roberts did rule in favor of the act before, that was because he could construe the text of the ACA for the less controversial outcome and preserve the statute. Roberts still opted to use the conservative view of the scope of the commerce clause and call the mandate as it was written unconstitutional. In this case, Roberts will ask himself if there is any way that he can construe the text of the law to preserve the subsidies.

The text very clearly states that subsidies can only be administered through state exchanges, and Roberts will struggle to find a way around the simplicity of that argument. In the end, he won’t set a precedent that allows executive branch agencies to issue regulations out of thin air regardless of what the law says. Roberts will bind the rule of law to the text on the pages and not the flimsy whims of politicians and bureaucratic agencies.

Next July, the Affordable Care Act will be dealt a crippling blow when only a third of the country’s citizens can receive subsidies. It will then fall to the largest Republican majority in Congress since the 1920s to fix the law, and they’ll do everything in their power to repeal it around Obama’s veto pen. Perhaps Obama will settle for a weaker, Republican alternative to the ACA that achieves some of its goals but leaves liberals disappointed, but it’s impossible to predict political dynamics seven months out. The balance of power will largely depend on how popular the new Republican Congress becomes after its first six months in office.

In the meantime, the United States healthcare industry, fully one-sixth of the country’s economy, will spiral out of control. Insurers will re-evaluate their entire cost structures, plans will be cancelled, and the already esoteric information systems controlling health data will struggle to keep up with the onslaught of bureaucracy thrust upon it by the nation’s changing healthcare architecture.