Internet addiction can be fought with reality focus 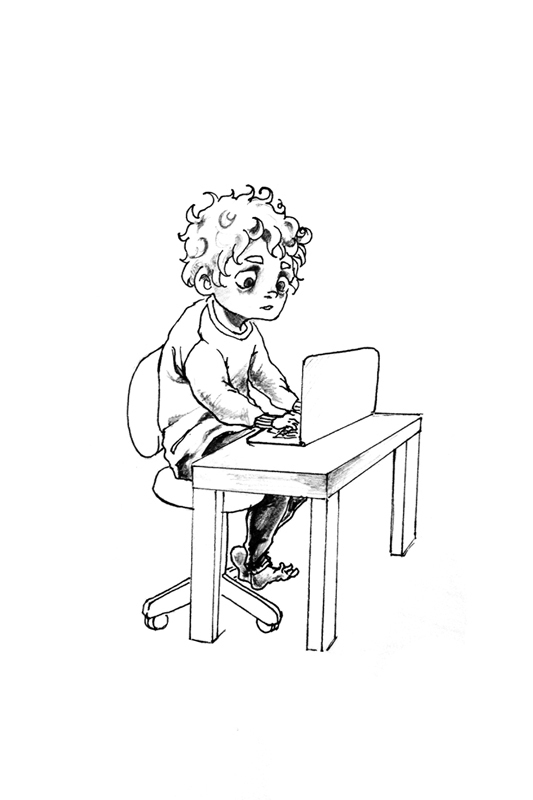 Internet addiction can be fought with reality focus (credit: Eunice Oh/)
Editorials featured in the Forum section are solely the opinions of their individual authors.

In Daxing, a suburb of Beijing, there is a curious building that is called a rehabilitation center. It is quite literally used to treat Internet addiction.
The facility is meant to be a solution for Internet junkies, whose population has risen dramatically thanks to the widespread availability of cheaper Internet and the popularity of online games, such as World of Warcraft and League of Legends.

According to The New York Times, the facility in Daxing boasts a 70 percent success rate. What does this treatment include? Well, it’s much like military school summer camp. Students are kept in dorms, guarded by adults. They abide by a strict schedule of physical activity and careful diets. Some are even periodically put on medication. On the whole, the camp is designed for patients to strengthen their bonds with reality.

In this day and age, Internet usage is everywhere. But at what point does Internet use cross into addiction that requires psychiatric help? It’s a very thin line that is somewhat arbitrary. Internet addiction camps exist to help Internet junkies reconnect, not to a laptop, but to life. Life outside the computer is something that educators need to start addressing. There are skills, values, and traditions to be sought outside of an LCD monitor, like physical activity, social interaction, and books — classic elementary school values that can be lost if computers are used in a casual fashion in education systems.

Imagine this: a student visits University Health Services. They don’t know anyone there, and they’re waiting for a doctor. Five minutes pass. What do they do? They pull out their phone and browse Facebook, their email, sports scores, and so on. They go on the web. Does this cell phone usage count as Internet addiction, or rather the more scientific name, Internet Addiction Disorder (IAD)?

Where’s the line between Internet use and Internet addiction? According to a CNN interview with Dr. Charles O’Brien, a psychology professor at the University of Pennsylvania, any withdrawal anxiety or stress as a result of lack of Internet use can be considered IAD. In the end, adults need to make sure that children use the computer in moderation to avoid addiction.

So who usually suffers from IAD? Mainly, it’s people who obsessively play the aforementioned online games. In fact, many popular games are played on a professional level and include perks like sponsorships and television deals. Along with China, South Korea is considered to be at the forefront of treatment, especially because it deals with such high levels of both amateur and professional gaming. According to CNN, 8 percent of South Koreans between the ages of nine and 39, and 14 percent of those between the ages of nine and 12, suffer from IAD. Video games are becoming ingrained in the culture of South Korea and, as a result, it encourages Korea’s younger generation to start playing at an early age. Gaming gives children stimulation and determination, but there’s a point where children play too often and become too engaged. This addiction is why they need to learn in the classroom that the computer is a tool, not something to be dependent on.

If IAD is a real thing, how can it be stopped? The only reason IAD is a legitimate problem is that in countries like the United States, it is too simple to access the Internet. In fact, according to the Department of Education, nearly 97 percent of public schools in the nation have at least one computer per classroom. This number makes it so much easier for children to learn through multimedia teaching methods.

On the other hand, ease of access makes it very easy for kids to start playing online games. The reason IAD has boot camps in both China and South Korea is that these countries have high labor force participation. Since it is pretty normal for both parents to work high-intensity jobs, children’s Internet use often goes unregulated.

Perhaps introducing technology at a higher level of education might be a solution, for the United States, China, and Korea. The reason these rehabilitation centers work is that they force children to exert themselves in physical activity and other actions that don’t rely on technology.

So, why shouldn’t schools emphasize physical education, such as competitive sports? If children don’t want to participate in sports, then schools should start special interest clubs that involve the arts. Not only would this emphasis lead to a healthier youth, it would also steer children away from addictive gaming and toward more productive activities. Technology is most definitely a blessing, but society cannot let it hamper the development of our younger generation.