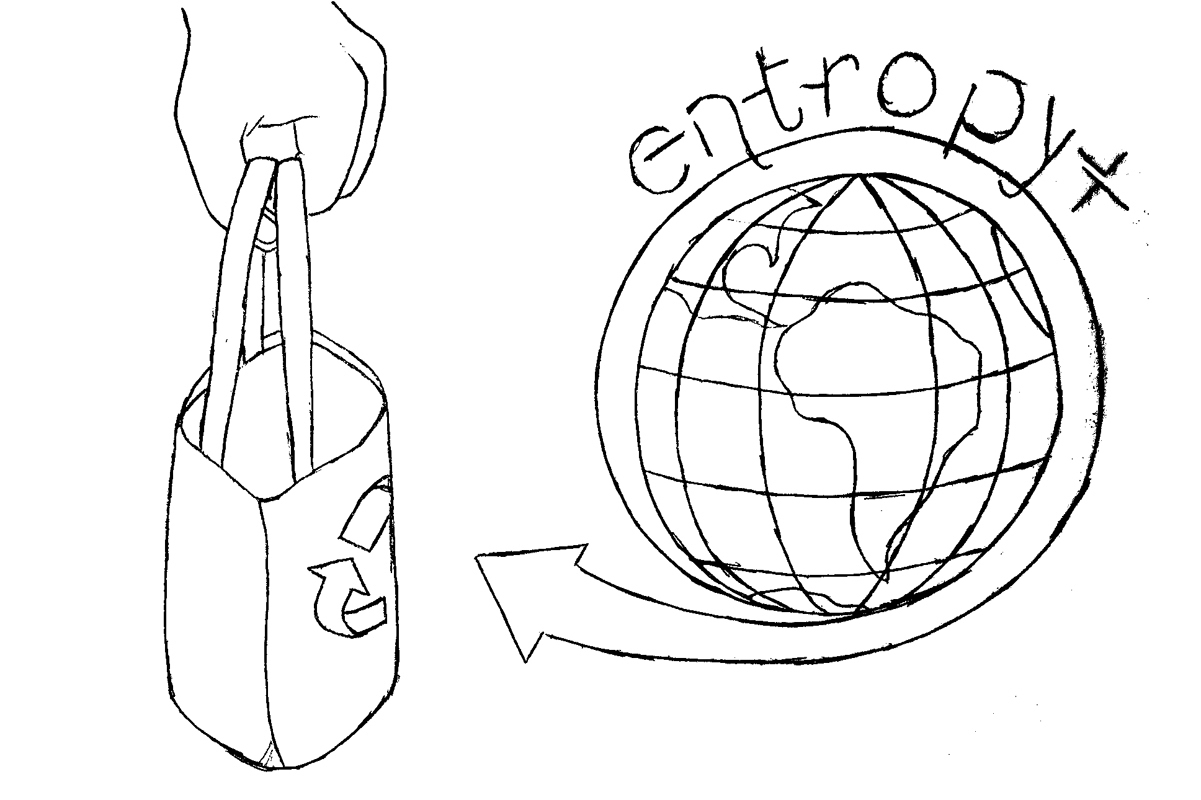 Entropy+ is officially going bagless. Starting next month, the campus convenience store plans to drastically reduce their use of plastic bags. No longer will students be able to carry out their purchases in plastic bags. Instead, they will be encouraged to use their backpacks, purses, or other reusable bags for transport. To ease the transition, Entropy+ will be selling inexpensive, recyclable tote bags.

The Tartan applauds Carnegie Mellon — and one of its most frequented locales on campus — for continuing to take steps towards environmental efficiency.

Non-biodegradable and crude oil-guzzling plastic bags are a major source of pollution and are devastating to marine life worldwide, according to livestrong.com. Many city, state, and national governments are taking action to tax or outright ban plastic bag use, and it is highly encouraging to see Carnegie Mellon following this trend.

With this environmentally-friendly initiative, Carnegie Mellon demonstrates its willingness to be active in pursuing change. Cutting out plastic bags places service to the environment before mere convenience, which is exactly the kind of prioritizing people everywhere need to do to protect and preserve our environmental health and integrity.

However, it is important to note that any step in the right direction cannot be followed by complacency. As a university known for innovation, Carnegie Mellon must continue to progress in its environmental standards. Whether it be large-scale movements such as improving facilities with more LEED certifications or transitioning towards clean energy, or small-scale movements such as offering incentives for students to reduce the prevalence of plastic water bottles, The Tartan encourages Carnegie Mellon to continue setting an example for what a green college campus should be.